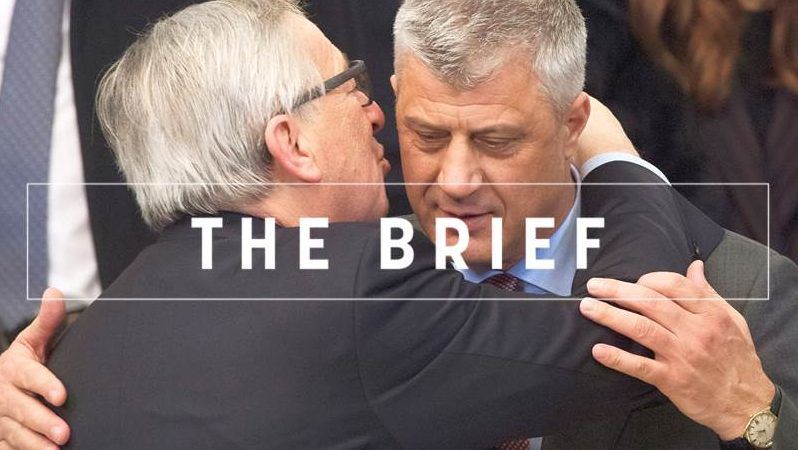 The EU will tomorrow dangle a renewed promise of membership to its “partners” in the Western Balkans, as the six countries are referred to in a draft declaration to be adopted in Sofia, but without the most coveted prize – a date of accession.

Time will tell if that kind of message is enough to kickstart economic and social reforms in the region, whose citizens have grown impatient of being kept in the EU “waiting room”.

The EU-Western Balkans Summit in Sofia on Thursday (May 17) was meant to infuse new energy into the relations between the EU and the region.

The focus, however, will not be on enlargement but rather on connectivity, with the aim of improving transport and digital infrastructure in the region and making cooperation easier.

Indeed, as European Movement in Serbia (EMinS) Secretary General Suzana Grubješić pointed out, the summit was supposed to be Thessaloniki 2. But a quick look at the agenda reveals that it does not even contain the subject of enlargement.

“Instead of enlargement, there is talk of connectivity, a new word in the European integration vocabulary. We’ve gotten used to the introduction of new terms which cloud the point, and the point is that apparently, the EU is not yet ready to give a credible promise to the Western Balkans that they will join anytime soon,” Grubješić said.

The Sofia summit, according to the EU’s official announcement, is meant to affirm the EU’s commitment to its partners in the Western Balkans. It will stress once again the need for closer cooperation in facing the joint challenges, such as security and migration, with no mention of accession, enlargement or membership.

The intentions of EU presidency holder Bulgaria were honest: to put the Balkans back on the bloc’s agenda. But, as it turned out, the agenda was hijacked by more pressing recent developments – Trump’s trade tariffs and withdrawal from the Iran nuclear deal.

However, not all efforts have been wasted.  Judging by one of the versions of the summit declaration seen by EURACTIV Serbia, it will not be another 15 years before the next summit because Croatia plans to host a meeting in that format during its presidency in 2020.

“I expect the summit in Sofia to become the start of a series of regular summits devoted to the Western Balkans,” said the director of Belgrade-based European Policy Center Programme, Milena Lazarević.

By 2020, the EU only has to see through the Brexit negotiations, stave off a renewed nuclear danger from Iran, avert a trade war with the US and save the global climate agreement.

At least on Iran, we expect to see some concrete direction or plan taking shape this week, though the Western Balkans will feel let down once again.

So let’s see if Juncker’s Commission will live up to his 2014 pledge to be big on big things and small and small things. The EU and the Balkans will meet again but maybe we don’t know where, don’t know when.

The Sofia summit aims to give new impetus to the relationship with the region. While the EESC chief argues for the need of “meaningful involvement” of civil society in its EU path, a World Economic Forum expert predicts that strategic location and entrepreneurial labour force are assets that could help the Balkans take its destiny in its own hands.

Overshadowed by the US threat to hit EU companies operating in Iran with sanctions, EU leaders in Sofia will also seek a united front against US President Donald Trump. According to an EU official, they need to send a message that Europe will look after “its own economic interests.”

Donald Tusk made his feelings about Trump perfectly clear in a no-holds-barred tweet.

Macron’s En Marche is set to easily outperform its rivals in next year’s European elections, a recent poll indicates, while France is upping the pressure on Germany for a common eurozone budget a few weeks ahead of a crucial European Council summit in June.

The EU prepares to say adieu to single-use plastics as the Commission is gearing up to reveal how it plans to implement the much vaunted Plastics Strategy.

For the first time, the Netherlands became a net importer of gas, reflecting the inexorable decline in production from Europe’s North Sea fields.

All talk, talk and no action? As the world slides from conference to conference directly into climate collapse, COP24 could prove that changes are actually about to come.

The Daily Express accused ‘Brussels’ of seeking to restrict UK citizens’ access to online content after Brexit in an ‘act of punishment’ when they dare to travel abroad. Our “Fact or Fake” series explains why this is a red herring.

ALDE’s attempt to promote an upcoming conference is a great example of what can happen when ‘so-bad-it’s-good’ movies inspire political event posters.

Fresh talks on energy efficiency. Bulgaria’s EU presidency wants Parliament to put a compromise on the table in order to unlock negotiations and close the file before the summer break. MEPs and member states, however, still seem far apart on crucial aspects of energy savings.