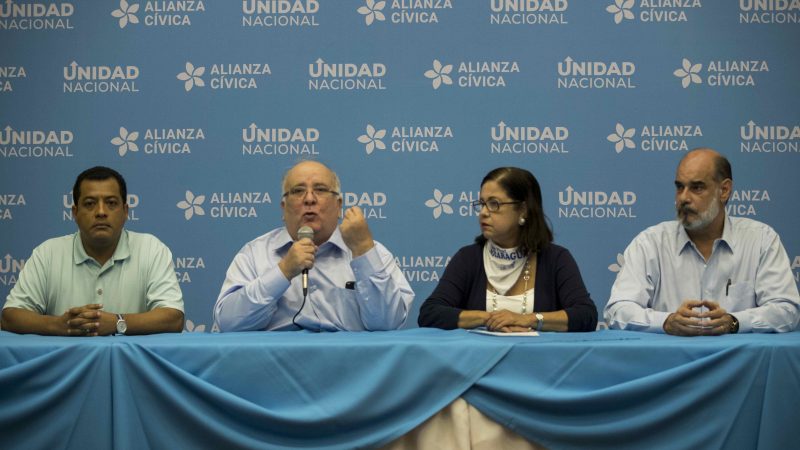 File photo. Nicaraguan scholar Felix Madariaga (L), former Vice Chancellor Jose Pallais (2-L), the member of the Blue and White National Unit Violeta Granera (2-R), and the president of the Union of Agricultural Producers of Nicaragua (Upanic), Michael Healy (R), take part in a press conference to denounce any unilateral intention of the Government of Daniel Ortega to carry out an electoral reform, in Managua, Nicaragua, 23 January 2020. [EPA-EFE/Jorge Torres]

Nicaraguan authorities on Tuesday (8 June) detained a third potential presidential candidate amidst a deepening crackdown by President Daniel Ortega, branded a “dictator” by the United States, ahead of elections later this year.

Felix Maradiaga was held after appearing at the public ministry where prosecutors are investigating him for alleged acts against sovereignty, terrorism and backing international sanctions against the government.

Last week, two other opposition politicians planning to run against Ortega were detained.

Cristiana Chamorro was placed under house arrest on government allegations of money laundering, while Arturo Cruz was held in pre-trial detention so prosecutors can investigate allegations of “provocation… and conspiracy to commit harm to national integrity.”

Maradiaga, 44, faces possibly the most serious allegations of the three.

Police said “he is being investigated for carrying out acts that undermine independence, sovereignty, and self-determination, inciting foreign interference in internal affairs, and calling for military interventions.”

He is also accused of using “financing from foreign powers to carry out acts of terrorism and destabilization,” the police added.

The charges against Maradiaga are related to a law approved by the legislature, dominated by Ortega allies, in December supposedly to defend “sovereignty” against hostile foreign influence.

Critics say it is aimed at preventing opposition politicians from standing in the election.

Sponsored by leftist Ortega, it bars “those who ask for, celebrate and applaud the imposition of sanctions against the Nicaraguan state.”

Ortega, an ex-guerrilla who governed from 1979 to 1990, returned to power in 2007 and won two successive reelections.

But he has been accused by the opposition and NGOs of authoritarian rule and the brutal suppression of demonstrations against his rule. 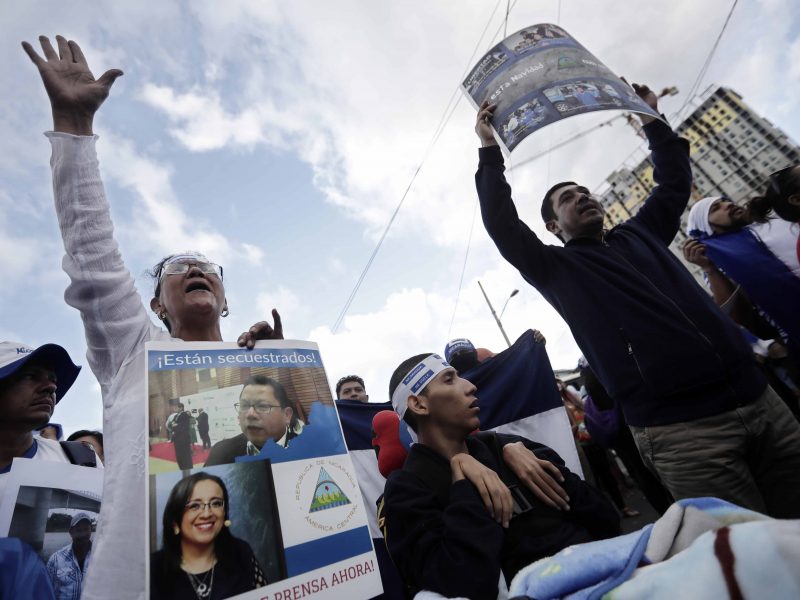 Both the European Union and the US have applied sanctions against Ortega and his government.