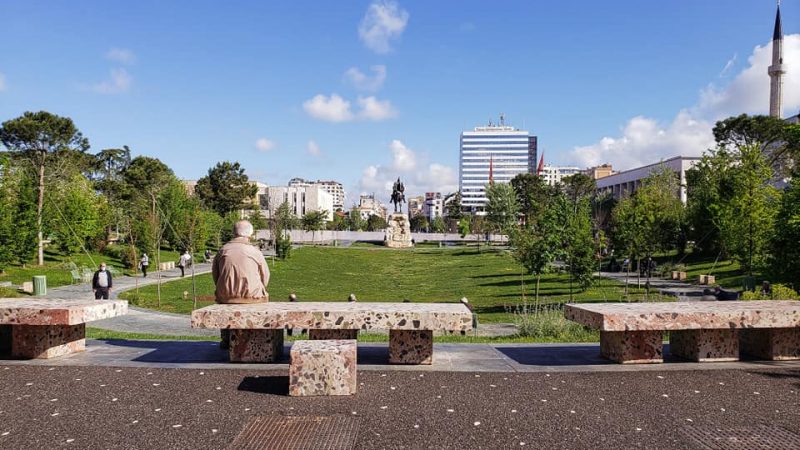 A new report by Albania’s Insitute for Democracy and Mediation (IDM) says the electorate wants more democratic progress in the EU candidate country, considered a hybrid, or only partly democratic, regime according to Freedom House.

Over half of those surveyed said the current electoral system does not reflect the people’s will, 69% want referendums on controversial matters, and 40% do not trust the country’s parliament.

Albania’s almost 50-year-long authoritarian rule ended in 1991, but since then, the road to democracy has been less than smooth.

Gjergji Vurmo, IDM’s programme director and a senior researcher on governance, EU enlargement, and security, said this is due to the misuse of institutions and processes during communism and over the last 30 years for party, political, and personal gain.

“I believe citizens’ distrust is a sort of “defence mechanism” from such captured institutions. Consequently, citizens have never felt state institutions as something that derives from their will and that serve the people,” he told EURACTIV.

This has resulted in an ‘us versus them’ mentality where citizens believe institutions do not serve their needs.

To implement even a fraction of citizens’ wishes from the survey, a significant amount of political will would be needed, which made Vurmo sceptical.

“There is no political will to do that, no doubt. This is how one can explain why the ‘diaspora vote’ has been dragged for so long or why electoral reform has happened behind closed doors with few people and without consulting the public,” he added.

The Albanian diaspora is almost double the population of the country, and so far, no government has implemented diaspora voting in elections, despite continual calls from the diaspora and civil society.

Furthermore, Albania has been through eight electoral reforms in 30 years, currently opting for a regional proportional system. Nearly 68% support a transition to another system.

The results also found that a third did not know how the electoral system works or how MPs are elected. Another third said they felt MPs were out of touch with the electorate.

But the lack of understanding and trust goes beyond parliament. Respondents also felt there was a lack of transparency in the democracy of political parties, calling for statutes and structures to be published online. They also raised concerns over funding and the fact that parties were built around their leaders.

The results of the poll were published just a few days before the EU’s own deliberative democracy experiment, the Conference on the Future of Europe, concluded. Vurmo argued that empowering citizens to be involved produces better, more genuine outcomes.

However, he complained that public consultations in Albania are often selective with the content and participants, additionally not guaranteeing reflection on citizens’ feedback.

The process also revealed that deliberation in consulting citizens works much better than a formal top-down approach.

In January 2022, the Albanian government decided to ask for the public’s advice on what it considers several crucial policies.

Twelve questions relating to geopolitics, the judiciary, the economy, and even legalising medical cannabis were posed via an online site to citizens. Prime Minister Edi Rama said the process would be transparent but critics said the government should have consulted citizens on what is important to them.

“This is precisely what damages consultation processes and casts doubts and distrust in the minds of citizens. The national consultation was a top-down process which included questions we don’t know are important to citizens,” complained Vurmo.

One of the clearest results of the country’s first deliberative democracy survey is the demand for more say in decision-making processes. Almost 69% believe referendums should be used more widely, while over 70% said there should be online petitions with digital voter identification as a way to influence the legislative process.

Vurmo explained they plan to present their findings to parliament, the political parties, the electoral reform commission, and other institutions over the next week.

“We hope there will be engagement,” he said.