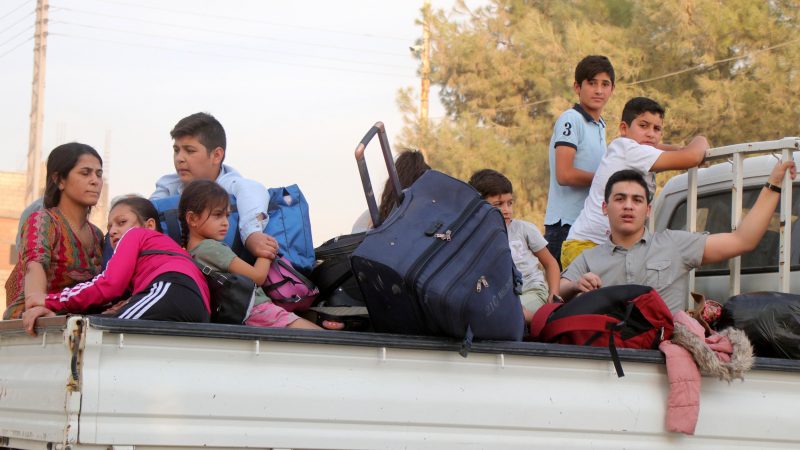 The offensive against the Syrian Democratic Forces (SDF) led by Kurdish YPG militia, which began days after Trump pulled US troops out of the way and following a phone call with Turkish President Recep Tayyip Erdoğan, opens one of the biggest new fronts in years in an eight-year-old civil war that has drawn in global powers. 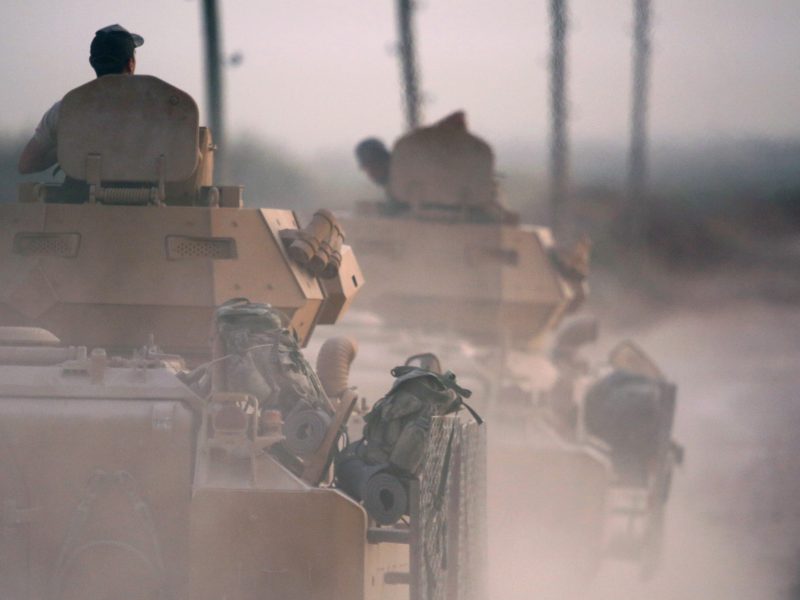 “We have one of three choices: Send in thousands of troops and win Militarily, hit Turkey very hard Financially and with Sanctions, or mediate a deal between Turkey and the Kurds!” Trump said in a Twitter post on Thursday.

….We have one of three choices: Send in thousands of troops and win Militarily, hit Turkey very hard Financially and with Sanctions, or mediate a deal between Turkey and the Kurds!

“I hope we can mediate,” Trump said when asked about the options by reporters at the White House.

Without elaborating, Trump said the United States was “going to possibly do something very, very tough with respect to sanctions and other financial things” against Turkey.

The SDF have been the main allies of US forces on the ground in the battle against Islamic State since 2014. They have been holding thousands of captured IS fighters in prisons and tens of thousands of their relatives in detention.

SDF forces were still in control of all prisons with Islamic State captives, a senior US State Department official said in a briefing with reporters on Thursday.

The United States has received a high-level commitment from Turkey on taking responsibility for Islamic State captives but has not yet had detailed discussions, the official said.

US lawmakers and media have said Trump essentially gave Erdoğan the green light for Turkey’s military to go into northeast Syria but the official disputed that. “We gave them a very clear red light, I’ve been involved in those red lights and I know the President did that on Sunday,” the official said.

Turkey’s Defense Ministry said 228 militants had been killed so far in the offensive. Kurds said they were resisting the assault. At least 23 fighters with the SDF and six fighters with a Turkish-backed Syrian rebel group had been killed, said the Syrian Observatory for Human Rights, which monitors the war.

The SDF said Turkish air strikes and shelling had also killed nine civilians. In an apparent retaliation by Kurdish-led forces, six people including a 9-month-old baby were killed by mortar and rocket fire into Turkish border towns, officials in southeastern Turkey said.

The International Rescue Committee said 64,000 people in Syria have fled since the campaign began. The towns of Ras al-Ain and Darbasiya, some 60 km (37 miles) to the east, have become largely deserted.

The Observatory said Turkish forces had seized two villages near Ras al-Ain and five near the town of Tel Abyad, while a spokesman for Syrian rebel forces said the towns were surrounded after fighters seized the villages around them.

According to a senior Turkish security official, the armed forces struck weapons and ammunition depots, gun and sniper positions, tunnels and military bases.

Jets flew operations up to 30 km (18 miles) into Syria – a limit which Turkey’s foreign minister said Turkish forces would not go beyond. A Reuters journalist saw shells exploding just outside Tel Abyad.

Ankara brands the YPG militia as terrorists because of their ties to militants who have waged an insurgency in Turkey. On Thursday, Turkish police began criminal investigations of several Kurdish lawmakers and detained scores of people in the southeastern city of Diyarbakir, accusing them of criticising the military’s incursion into Syria, state media reported.

Late on Thursday, Turkish Defense Minister Hulusi Akar spoke by phone with his French, British and US counterparts, the defense ministry said. It said Akar and US Defense Secretary Mark Esper discussed defense and security issues, and added that Akar briefed Esper on the aims and progress of the incursion.

Trump has faced rare criticism from senior figures in his own Republican Party who accuse him of deserting loyal US allies. Trump has called the Turkish assault a “bad idea” and said he did not endorse it.

US Senator Lindsey Graham, a Republican who usually backs Trump, has been one of the most outspoken critics of the president’s decision to withdraw US troops from northeastern Syria. He unveiled a framework for sanctions on Turkey with Democratic Senator Chris Van Hollen.

“If there is any measure taken against us, we will retaliate and respond in kind,” Turkish Foreign Minister Mevlüt Çavuşoğlu said, adding that “nothing will come of these sanctions.”

After the UN Security Council met to discuss the fighting, the US ambassador to the United Nations said Turkey faced unspecified “consequences” if it did not meet its pledge to protect vulnerable populations or contain Islamic State fighters.

Later, the US State Department official said the United States would penalize Turkey if it engages in any “inhumane and disproportionate” moves against civilians. That would include “ethnic cleansing, it would include in particular indiscriminate artillery, air and other fires directed at civilian population,” the official said. “That’s what we’re looking at right now, we haven’t seen significant examples of that so far.”

French Foreign Minister Jean-Yves Le Drian called for an emergency meeting of the coalition of more than 30 countries created to fight Islamic State. The coalition “needs to say today what are we going do, how do you, Turkey, want to proceed and how do we ensure the security of places where fighters are held? Everything needs to be on the table so that we are clear,” Le Drian said on France 2 television.

Erdoğan said militants from Islamic State would not be allowed to rebuild a presence in the region.

The Kurdish-led authority in northern Syria said a prison that holds “the most dangerous criminals from more than 60 nationalities” had been struck by Turkish shelling, and Turkey’s attacks on its prisons risked “a catastrophe”.

NATO member Turkey has said it intends to create a “safe zone” for the return of millions of refugees to Syria.

Erdoğan threatened to permit Syrian refugees in Turkey to move to Europe if EU countries described his forces’ move as an invasion. Turkey hosts around 3.6 million people who have fled the Syrian war.

The European Union should have a dialogue with Turkey despite Ankara’s offensive against the Kurds, in order to avoid a fresh wave of migrants coming to Europe, Hungarian Foreign Minister Péter Szijjártó said on Thursday.

EURACTIV sources have revealed that Hungary has watered down the EU reaction over the Turkish invasion in Syria. 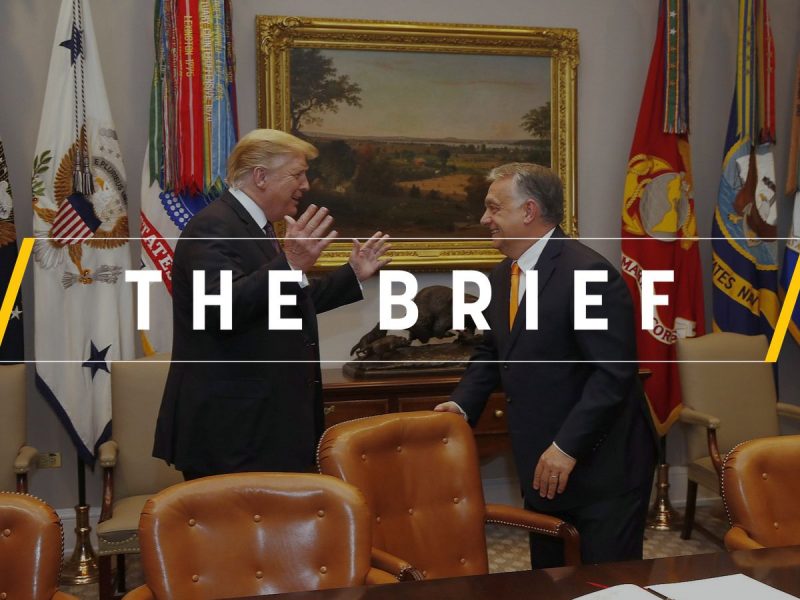 Russia, the main international backer of Syria’s President Bashar al-Assad, said it planned to push for dialogue between the Syrian and Turkish governments following the incursion.