People take part in an anti-government protest at the Great National Assembly Square, in front of the Parliament building in Chisinau, Moldova, 11 June 2017. People protest against the bill to change the election system, replacing the party list proportional representation system with a plurality or winner-takes-all system. [Dumitru Doru/EPA]

Several thousand people took part in demonstrations across Moldova on Sunday (11 June), protesting both in favour of and against proposed changes to the electoral system that European rights experts see as “inappropriate”.

The pro-European ruling coalition has been seeking to change the voting system in time for a parliamentary election next year, when its parties will be in a tough fight with pro-Moscow rivals who reject closer integration with Europe.

Chanting “We will not surrender!”, some 4,000 protesters gathered in central Chisinau, appealing to the Venice Commission, the European Parliament, the Council of Europe and the United States to prevent the changes coming into force.

In #Chisinau, #Moldova, heavy police presence in the centre, especially near govt buildings where police was deployed to contain #protest pic.twitter.com/ApoLs3YpqC

On 16 June, the Venice Commission, a body that rules on rights and democracy disputes in Europe, is due to consider whether to accept a study by external experts which says the new system could be susceptible to undue influence by political or business interests, according to a draft opinion seen by Reuters.

At the moment, Moldova elects its parliament under a proportional representation system. The Democratic Party, to which the prime minister belongs, wants a mixed system, with some lawmakers elected, as now, on party lists, and others running in first-past-the-post constituency races.

Supporters of the change say having legislators represent particular constituencies would enhance the link between parliament and voters. Opponents say it is an attempt to skew the electoral system in favour of the ruling Democratic Party.

Smaller protests were held in favour of the electoral changes in northern and southern cities of the ex-Soviet nation.

Moldova has seen three governments fall since 2015, after the disappearance of $1 billion from the banking system plunged the country, Europe’s poorest, into political and economic chaos. 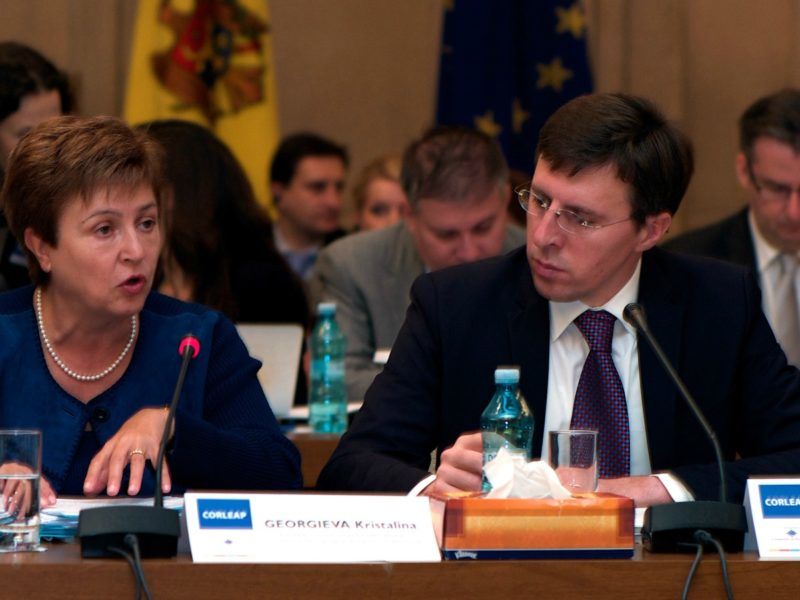 Like neighbouring Ukraine, Moldova has become the subject of a tug of war for influence between Russia and the West.

It has a trade pact with the European Union and its government says it wants even closer integration, but President Igor Dodon, a frequent visitor to Russia, has said Moldova should focus instead on building ties with Moscow.