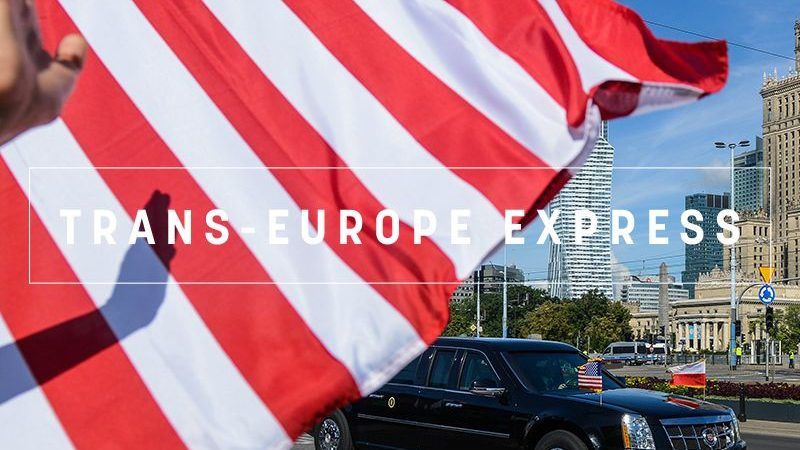 UK foreign secretary Boris Johnson, one of the “usual suspects” of siding with Trump on controversial dossiers, however, deeply regretted the US decision. He assured on Twitter that the “UK remains strongly committed to the JCPoA”.

In an opinion article for the New York Times, Johnson said the UK shares Trump’s concerns over Iran’s “dangerous” actions in the Middle East, its support for terrorist groups, cyberspace behaviour and long-range missile programme.

But, he argued, the agreement is the least bad option available — and imposes “handcuffs” on Tehran that have been effective. No deal would “add the possibility of a regional nuclear arms race triggered by Iran dashing for a bomb. That is the scenario which the agreement has helped to prevent,” he wrote.

Poland, arguably the most pro-American and pro-Trump among EU countries, also said it shares some of Trump’s concerns. Poland’s Foreign Minister Jacek Czaputowicz said on Wednesday he understood “certain doubts, concerns presented by the US president as to the effectiveness of this agreement and a certain negative role played by Iran in its neighbourhood.”

Czaputowicz also said if the parties manage to uphold the agreement, Washington’s withdrawal should not have any negative impact on a Polish-Iranian contract for the delivery of crude oil or cooperation.

Trump visited Warsaw last year, when he attended a summit of the EU countries that can be described as pro-American.

One of them is the Czech Republic, whose president Milos Zeman recently said he supported Trump’s decision to move the US embassy from Tel Aviv to Jerusalem.

Foreign Minister Martin Stropnicky declared that Prague “does not want to split” the EU position. However, he deems it regrettable that EU Foreign Affairs chief Federica Mogherini did not mention the danger of Iran’s missile programme in her reaction to Trump’s decision.

It is also impossible to ignore the arguments of Israel and the USA that Iran had breached the agreement, he said.

Romania’s official reaction was ambiguous. The country is hosting major installations of the US anti-missile shield, and the ruling Social Democrat leader recently surprised many by announcing that the country would follow the United States and transfer its embassy in Israel to Jerusalem.

The foreign ministry issued a press release which doesn’t criticise the US decision and calls the United States its biggest strategic partner.

Less ambiguously, Liviu Dragnea, the head of the ruling Social Democrat Party (PSD), said he supported Trump’s decision, since “the United States could not withdraw from this agreement without having very serious information.”

He described criticism from European powers such as Britain, France and Germany as “possibly hasty reactions.”

Dragnea is seen as Romania’s strong man. He is barred from public office because of an electoral fraud conviction, but it’s him who calls the shots as head of the ruling party. He personally supported a recent government proposal to relocate the Romanian Embassy in Israel to Jerusalem. President Klaus Iohannis, who is in charge of foreign policy, said more discussion was needed.

In the West, Trump can permanently count on two fans: former UKIP leader Nigel Farage and Dutch leader of the Party of Freedom, Geert Wilders – both from right-wing populist Eurosceptic parties.

Farage told Fox News – Donald Trump’s favourite media – that Americans are lucky to have a president who “doesn’t care what the liberal media say and stands up and fights for the right things”. “Why is the West making deals with Iran in the first place?”, Farage twitted.

As for Geert Wilders, he tweeted that “Trump’s decision is 100% correct”.

At least Trump knows now with whom he can count.

While the EU celebrated Europe Day on 9 May, in several Eastern Europe countries, Russia staged a different kind of celebration, a display of military might and almost religious patriotic fervour.

In the Balkans, EU member Croatia presented a plan for joining the eurozone, while citizens of EU hopeful Serbia said they were not ready to make personal sacrifices to regain control over Kosovo, a former Serbian province whose independence Belgrade does not recognise.

Poland moves against Nord Stream 2. The country has launched legal proceedings against Russia’s Gazprom and the five EU companies involved in the pipeline project, warning they risk fines of up to 10% of their annual turnover. At the same time, Polish government continues to stifle free media, as reported by our partner, Gazeta Wyborcza.

Our reporters visited Armenia and Azerbaijan this week. Sam Morgan reported on Armenia’s peaceful revolution and its new prime minister. Benjamin Fox in Baku described a renaissance in EU-Azeri relations, and Baku’s hopes of playing a key role in linking Europe and Asia.