By Sam Morgan with Alexandra Brzozowski | EURACTIV.com reporting from Yerevan 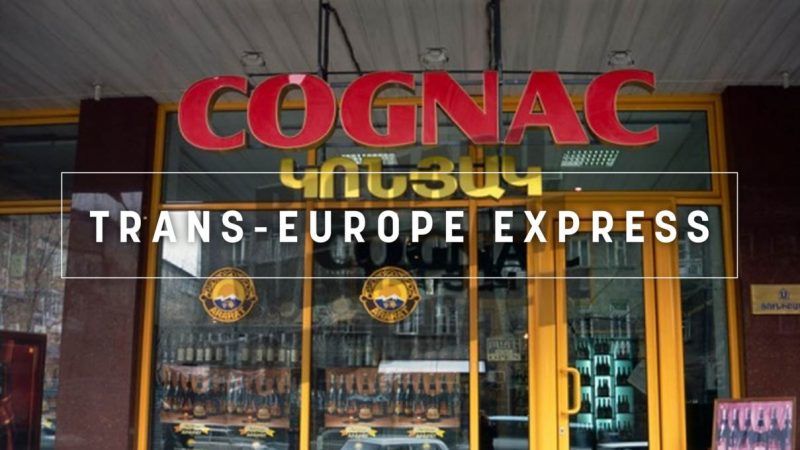 Armenians have been making brandy for nearly a millennium, according to local legend at least, and wine production could go back as far as 6,000 years.

It’s marketed as cognac in the post-Soviet world but as part of Armenia’s 2017 EU-agreement, the delicious tipple will have to be rebranded as ‘brandy’, in order not to infringe on the protection granted to distillers in and around the eponymous French city.

Local producers in Armenia will have time to change their marketing and labelling and will get access to what is surely a very eager market (on a trip this week to Yerevan, I brought back a bottle of the golden stuff).

This is the kind of soft power the EU still has at its fingertips. Play by our rules and we’ll make you rich.

It works to such an extent that Armenia’s new revolutionary government is looking to import standards and expertise from Europe, on everything from tech know-how to agricultural practices.

One Yerevani even told this reporter that Armenia, with its South Caucasus neighbours Georgia, Azerbaijan and the breakaway regions in the area, should try something even more ambitious: set up its own Union.

Stay with me, because Maria Karapetyan, who actually helped build the movement that sparked Armenia’s recent revolution, is not saying this is something just over the horizon but more of an aspirational goal.

Nikol Pashinyan, the man elected in a landslide vote to lead the country, is frequently asked whether he will stay the course and preserve Armenia’s ties with Russia and the EU, or shift in the direction of one or the other.

But Karapetyan said that this isn’t the way to look at it: why should Armenia think about cementing itself into someone else’s sphere of influence, especially ones that may even need reform.

That’s why building a Union of sorts between the Black and Caspian seas does make sense, especially if it helps put an end to the conflicts still simmering in the region.

After all, Europe bandied together under the mantra that it makes more economic sense to trade than kill each other. On paper at least, it’s a model that can work elsewhere.

There are significant obstacles to this grand dream though. The Armenia-Azerbaijan conflict over the Nagorno-Karabakh region is still volatile, while Turkey still refuses to recognise the Armenian genocide.

Hopes abound that these flashpoints could cool as time goes on, especially if the idea of the nation-state loses its power and a more regional way of thinking gains traction.

That is, of course, a prospect that is not guaranteed and it threatens to go down the wrong path even in Europe, with the likes of Steve Bannon and Marine Le Pen still peddling their anachronistic ideas.

But a future in which fossil fuel-affluent Azerbaijan changes tack and solar power-rich Armenia becomes more conspicuous is not totally implausible, particularly if progressive attitudes, like the ones that toppled a two-decade-old regime in the latter, rise in popularity.

So what started with Armenia rebranding one of its most iconic products to trade with Europe could indeed prove an unlikely catalyst for massive change in the Caucasus.

Cheers, or as they say in Yerevan, kenats’y!

Brexit progress. UK’s Theresa May left Brussels empty-handed after promising her divided Conservative party that she would secure new concessions from EU leaders.

Shady business. The passports-for-bribes scam may look like an embarrassment for Bulgaria, but PM Boyko Borissov tried to turn it around in his favour.

Budget gamble.  Italy has admitted defeat and agreed to change its “beautiful” budget plan to avoid the opening of a EU disciplinary procedure against Rome.

Deficit deviation. France’s will face a investigation into its deficit slippage caused by new spending measures in May next year.

Border issues. The post-Brexit Gibraltar border could become a pawn between the UK and Spain.