Jean-Claude Juncker arrives in Canada for the G7 summit. [Commission]

Leaders of the Group of Seven rich nations headed for a summit in Canada on Thursday more divided than at any time in the group’s 42-year history, as US President Donald Trump’s “America First” policies risk causing a global trade war and deep diplomatic schisms.

In a bid to rebuild America’s industry, Trump has imposed hefty tariffs on steel and aluminium imports, including those from key G7 allies like Canada, Japan and the European Union.

Trump has threatened to use national security laws to do the same for car imports and has walked back on environmental agreements and an international deal to prevent Iran from building a nuclear bomb.

French President Emmanuel Macron, who has invested in a warm personal relationship with Trump, said the other G7 nations – Britain, Canada, Germany, Italy and Japan, as well as France – should remain “polite” and productive but warned that “no leader is forever,” a sign that Europe would not surrender meekly to the US president. 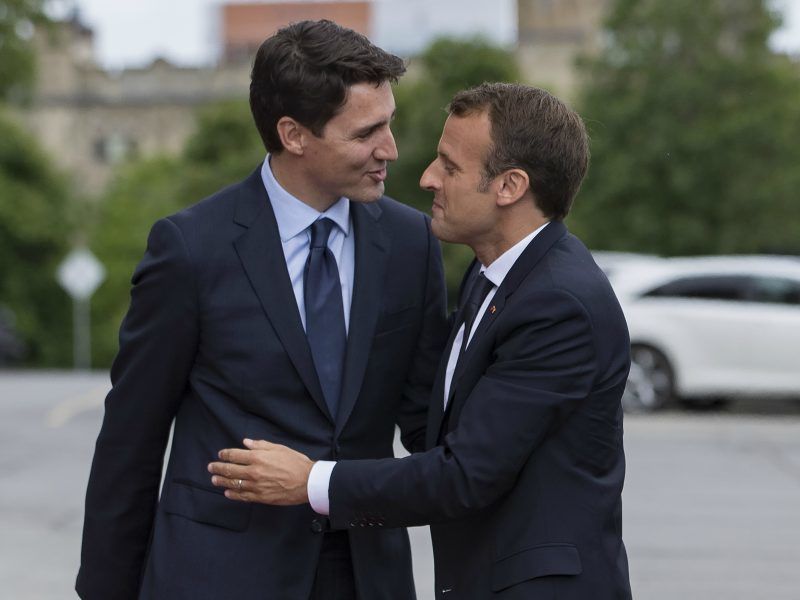 “Maybe the American president doesn’t care about being isolated today, but we don’t mind being six, if needs be,” Macron told reporters. “Because these six represent values, represent an economic market, and more than anything, represent a real force at the international level today.”

Canadian Prime Minister Justin Trudeau predicted “robust discussions” on trade, but other G7 members like Japan and Italy seemed less likely to want to challenge the US president.

Trump fired back soon after on Twitter, addressing both leaders directly, saying they were charging “massive tariffs” on US goods and had erected other trade barriers.

Why isn’t the European Union and Canada informing the public that for years they have used massive Trade Tariffs and non-monetary Trade Barriers against the U.S. Totally unfair to our farmers, workers & companies. Take down your tariffs & barriers or we will more than match you!

“I look forward to seeing them tomorrow,” Trump wrote about Friday’s start of the two-day summit.

Prime Minister Trudeau is being so indignant, bringing up the relationship that the U.S. and Canada had over the many years and all sorts of other things…but he doesn’t bring up the fact that they charge us up to 300% on dairy — hurting our Farmers, killing our Agriculture!

Please tell Prime Minister Trudeau and President Macron that they are charging the U.S. massive tariffs and create non-monetary barriers. The EU trade surplus with the U.S. is $151 Billion, and Canada keeps our farmers and others out. Look forward to seeing them tomorrow.

Trump will leave the summit on Saturday morning, before the event has concluded, and fly to Singapore for his historic meeting with North Korean leader Kim Jong Un on Tuesday, the White House said in a statement late on Thursday.

The G7 leaders will meet in a luxury cliff-top hotel in the town of La Malbaie, about two hours’ drive from Quebec City. The site has been sealed off by police, making demonstrations impossible.

Several hundred protesters – some wearing red flags and red masks – walked noisily through the streets of Quebec City on Thursday evening, heading for the Congress Center where the media are based.

About 400 have gathered at Parc des Braves to protest against the upcoming G7 Summit in La Malbaie #g7 #g7summit #manifencours pic.twitter.com/1JAPZlYYkL

Some in the crowd, closely watched by riot police, carried banners with slogans such as “The G7 does not represent us.” Others carried posters with defaced photos of Trump.

The US president will come face-to-face at the gathering with world leaders whose views do not chime with his on a range of issues from trade to the environment as well as Iran and the construction of a new US embassy in Jerusalem.

Trump signaled that he was in no mood to compromise as he met with Japanese Prime Minister Shinzo Abe, who has tried to cultivate a friendly relationship with the American president.

Trump raised the issue of US car imports with Abe at their meeting in Washington and said he wanted more investment in plants in the American industrial heartland of Michigan, Pennsylvania and Ohio.

Abe is not the only world leader to have tried charming Trump and failed to come away with concessions from the US leader. Macron, who appeared to have built a warm relationship, said the “G6” leaders would not spark a fight at the summit.

“In this environment, above all we always have to stay polite, stay productive and try to convince (them) to keep the United States on board because they are our historical ally and we need them,” Macron told a news conference with Trudeau in Ottawa.

The US president also has frosty relations with Trudeau, the summit host. Pleas by the other member countries for exemptions from the US steel and aluminium tariffs, which went into effect on 1 June, have fallen on deaf ears.

The Canadian leader is also embroiled in a row with Washington over negotiations to revamp the almost 25-year-old the North American Free Trade Agreement.

But Macron stressed that the United States was no longer the world’s sole economic superpower and urged other industrialized countries to stick together.

His plea for unity may fail, even within the European Union. Germany has suggested making accommodations over trade with the United States for fear of triggering a ratcheting up of tensions over cars that would embroil companies like BMW and Mercedes. 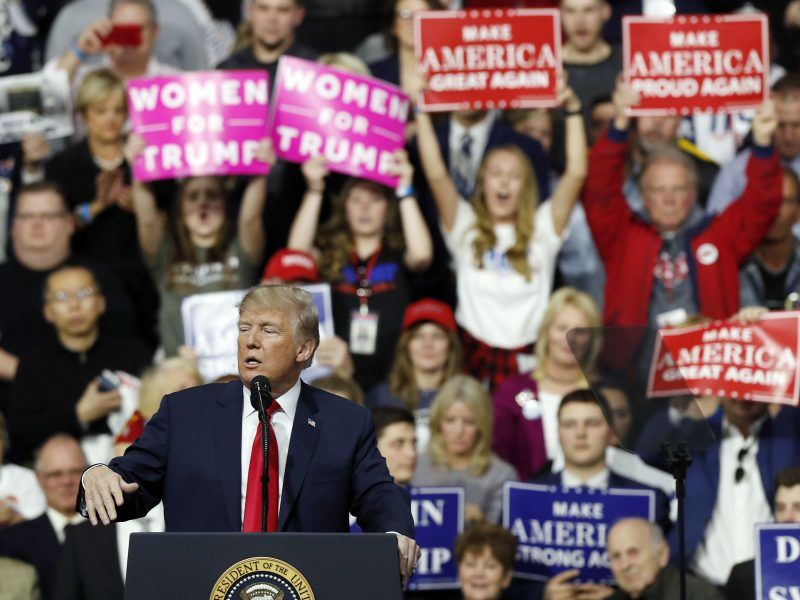 Europe faces renewed domestic economic and political challenges in addition to those posed by Trump’s unilateralism.

One source with knowledge of the matter said Italy wanted to “create as much space as possible to continue the dialogue with the US,” noting that new Italian Prime Minister Guiseppe Conte, a political novice, would be treading carefully in Canada because he “needs to see the dynamics of the group.”

?? German Chancellor Angela Merkel is calling for restraint in dealing with Italy's new populist government, arguing the relationship should not start with "suspicions and assumptions." Merkel will meet Italy's new PM Giuseppe Conte for the first time at this week's G7 summit pic.twitter.com/lR5phk7h3W

Japan is also expected to take a less confrontational approach, while quietly pressing its case on trade. British Prime Minister Theresa May urged the EU to stick to World Trade Organization rules and to ensure that any response to the tariffs was proportionate.

Despite the lobbying and pleas, Trump has pressed ahead with tariffs as well as pulling out of the Paris climate accord. Intense diplomacy from Europe to save an international nuclear agreement with Iran also failed.

Economically, Europe may have more to fear if Trump does go for auto tariffs.

Its recovery from the 2008-9 financial crisis has been far slower than that of the United States where the Federal Reserve is on the cusp of another interest rate rise while the European Central Bank is still using crisis-era measures.

Financial markets around the world were battered by Trump’s trade threats. They have recovered somewhat, but are still vulnerable and Italy’s new government is also a risk. Trump may have less to fear than slow-growing Europe and Japan from a trade war in terms of economic losses if the “G6” pushes back on tariffs.