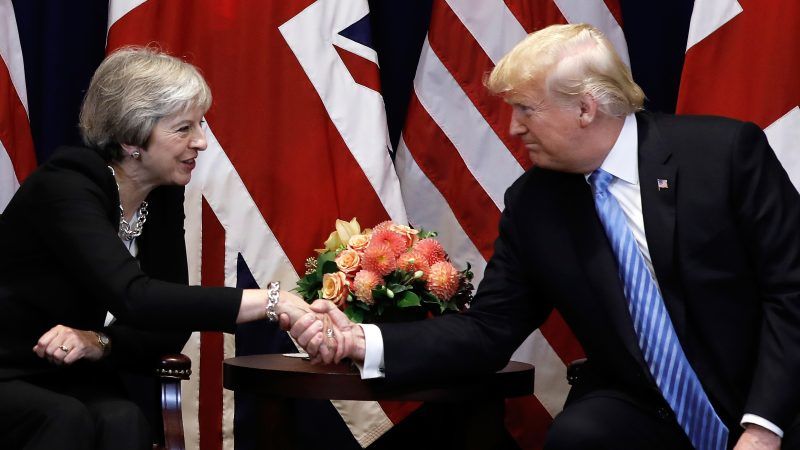 File photo. British Prime Minister Theresa May and US President Donald J. Trump shake hands during a bilateral meeting on the sidelines of the 73rd session of the General Assembly of the United Nations at United Nations Headquarters in New York, New York, USA, 26 September 2018. [Peter Foley/EPA/EFE]

US President Donald Trump said on Monday (26 November) the agreement allowing the UK to leave the EU may make trade between Washington and London more difficult, but the UK prime minister’s office disputed his interpretation.

EU leaders signed off on the deal that will see the UK formally leave the European Union on Sunday.

Trump told reporters outside the White House that the deal sounded like it would be good for the European Union, but “I think we have to take a look seriously whether or not the UK is allowed to trade.

“Because right now if you look at the deal, they may not be able to trade with us,” he said. “And that wouldn’t be a good thing. I don’t think they meant that.”

He said he hoped British Prime Minister Theresa May would be able to address the problem, but he did not specify which provision of the deal he was concerned about.

Trump is a supporter of Brexit and has recently advised May not to negotiate, but to sue the EU. 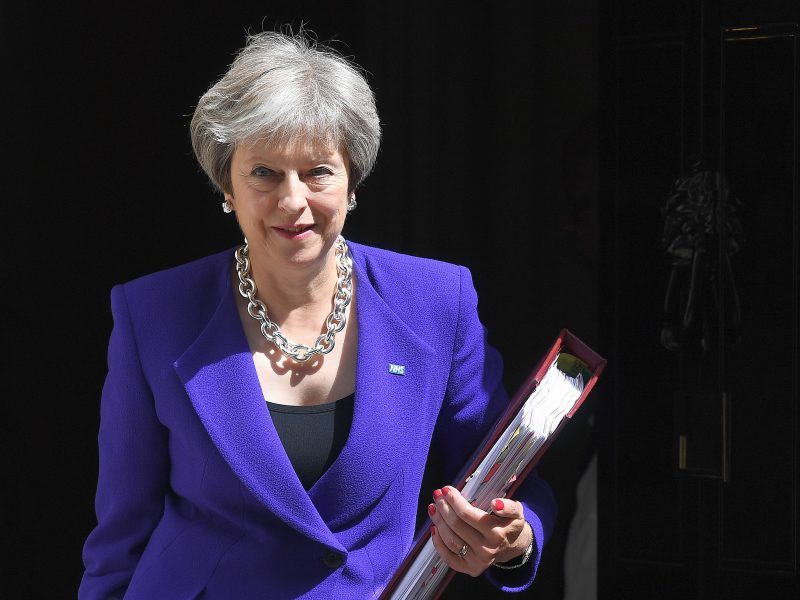 Embattled May faces further Brexit threats, after Trump urged her to 'sue' EU

Theresa May faces further threats to her government’s Brexit strategy and could have to stave of the prospect of a ‘no confidence’ challenge to her leadership this week, after revealing that Donald Trump’s had advised her to “sue” the EU.

Commission President jean-Claude Juncker has in the past warned Trump against interfering in Brexit affairs.

If you back Brexit, I'll call for Texit, Juncker tells Trump

A spokeswoman for May’s office said on Monday the agreement struck with the EU allowed the UK to sign trade deals with countries throughout the world, including with the United States.

“We have already been laying the groundwork for an ambitious agreement with the U.S. through our joint working groups, which have met five times so far,” the spokeswoman said.

Under the deal secured with EU leaders on Sunday, the UK will leave the bloc in March with continued close trade ties. But the odds look stacked against May getting it approved by a divided British parliament.

One response to “Trump says Brexit agreement bad for US-British trade, May disagrees”