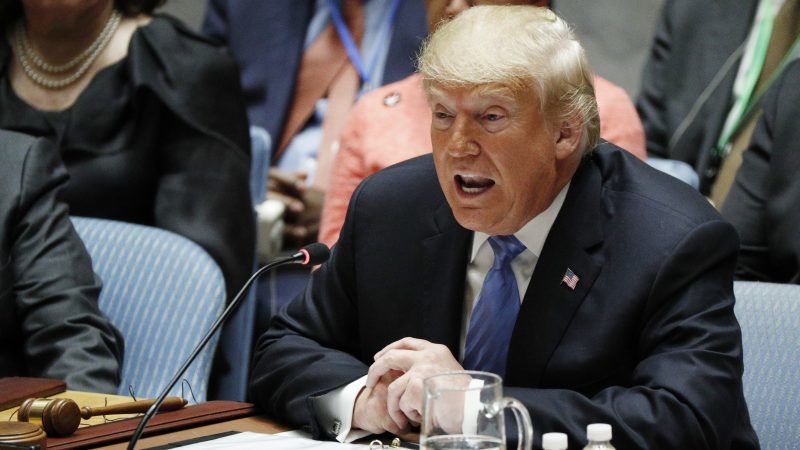 President Donald Trump on Wednesday (26 September) accused Iran of spreading chaos and China of meddling in US elections at a UN Security Council meeting that laid bare divisions between the United States and other world powers.

Presiding for the first time a meeting of the United Nations’ body, Trump denounced the “horrible, one-sided” nuclear deal with Iran that he ditched in May, to the dismay of European allies.

Wednesday’s meeting highlighted a rift between the United States and its European allies over the Iran nuclear deal.

Trump vowed that re-imposed sanctions will be “in full force” and urged world powers to work with the United States to “ensure the Iranian regime changes its behavior and never acquires a nuclear bomb.”

Addressing the council after Trump, French President Emmanuel Macron hit back, declaring that concerns about Iran cannot be tackled with “a policy of sanctions and containment.”

“What will bring a real solution to the situation in Iran and what has already stabilized it? The law of the strongest? Pressure from only one side? No!” Macron said in his address.

“We know that Iran was on a nuclear military path but what stopped it? The 2015 Vienna accord.”

Macron warned that Trump’s isolationist policies, particularly towards Iran, only raised the potential threat of conflict.

Iran strategy should not just be sanctions, containment – Macron https://t.co/C0At3J0G6h

Unilateralism leads “directly to isolation and conflict … to the detriment of everyone, even in the end those who thought they were strongest,” he declared. “The law of the jungle does not protect any people against any threat whatsoever, whether chemical or nuclear.”

Also defending the deal that was endorsed in a Security Council resolution, British Prime Minister Teresa May said it “remains the best means of preventing Iran from developing a nuclear weapon.”

The United States has moved to re-impose sanctions that had been lifted under the 2015 deal to curb Iran’s nuclear program and has vowed to punish foreign firms that do business with Iran.

Tensions between the United States and the European Union over Iran soared into the open after the Europeans announced plans for a legal framework to preserve business with Tehran and evade new US sanctions. 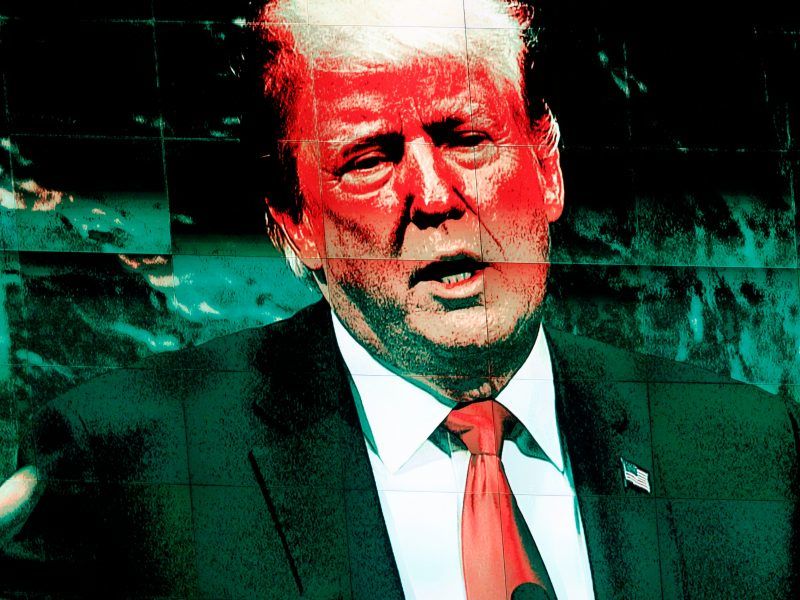 Trump argued that since the deal was signed in 2015, “Iran’s aggression only increased” and that funds released from the lifting of sanctions had been used “to support terrorism, build nuclear capable missiles and foment chaos.”

Iran did not request to speak at the council meeting, but Iranian President Hassan Rohani told a news conference that the United States would eventually rejoin the nuclear deal and pledged Tehran’s continued commitment to the accord.

“The United States of America one day, sooner or later, will come back. This cannot be continued,” Rouhani said.

Turning to Syria, Trump assailed Russia and Iran for backing President Bashar la-Assad in his brutal war in Syria, saying: “The Syrian regime’s butchery is enabled by Russia and Iran.”

China’s Foreign Minister Wang Yi stressed that the “rights of all countries to trade with Iran should be respected” after the European Union said a special payment system would be set up to keep alive business ties with Iran.

A gavel-wielding Trump took a swipe at China, accusing Beijing of working against his Republican Party in upcoming midterm elections as payback for their growing trade war, a charge China’s foreign minister said was “unwarranted.”

“Regrettably we found that China has been attempting to interfere in our upcoming 2018 election coming up in November against my administration,” he said.

“They do not want me or us to win because I am the first president ever to challenge China on trade.”

The Republicans could lose control of both the Senate and House of Representatives in November’s elections, further imperilling Trump’s chances of chalking up legislative achievements.

The Chinese foreign minister responded flatly that Beijing strictly adhered to a policy of non-interference.

“We did not and will not interfere in any country’s domestic affairs. We refuse to accept any unwarranted accusations against China,” said Wang.

Tensions have soared between Beijing and Washington after Trump this week slapped new tariffs covering $200 billion in Chinese goods exported to the United States.

On North Korea, Trump called for sanctions to be strictly enforced against Pyongyang — a message directed at Russia and China which are pushing for an easing of punitive measures to reward North Korean leader Kim Jong Un.

Without naming countries, the US president noted that “some nations are already violating UN sanctions” including illegal ship-to-ship transfers of oil and said compliance was “very important.”

His comments came shortly before his top diplomat, US Secretary of State Mike Pompeo, signaled Wednesday that he would return to North Korea next month to push forward denuclearization talks.

It was only the third time in UN history that a US president chaired a Security Council meeting. Barack Obama presided over two meetings in 2009 and 2014.