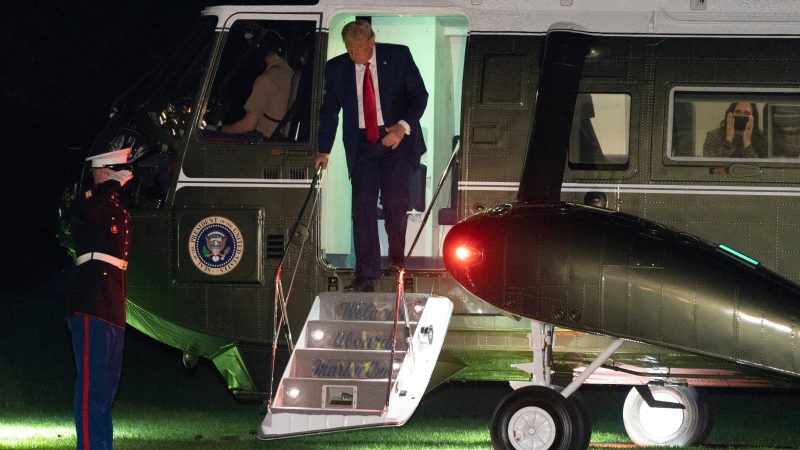 US President Donald J. Trump (C) disembarks Marine One as he arrives at the White House in Washington, DC, USA, 23 October 2020. [Pool/EPA/EFE]

US President Donald Trump and his intelligence chief have pushed for quick declassification of a document disputing the 2017 intelligence community finding that Russia acted to help Trump get elected in 2016, three US government officials familiar with the matter told Reuters on Thursday (22 October).

But their effort faces strong objections from inside the intelligence agencies, two officials said on condition of anonymity given the sensitivity of the matter. One reason for their opposition is the proximity of the 3 November election.

A 15 October letter written by Director of National Intelligence John Ratcliffe to the inspector general for the intelligence community, reviewed by Reuters, confirmed he was seeking the declassification of the document at the request of Devin Nunes, the senior Republican on the House Intelligence Committee.

“I have requested that the document undergo a formal declassification review in response to a request” from Nunes, Ratcliffe wrote, noting that Republicans on the committee first requested that it be declassified in December 2018 when they controlled the House.

A former US intelligence official familiar with the issue said that the CIA and the National Security Agency – which monitors worldwide communications – were trying to stop Ratcliffe from releasing the document “because it would damage national security assets and jeopardize sources and methods.”

Ratcliffe and others had been pushing to have the intelligence declassified by Thursday night, one of the officials said. If successful, that would allow its release around the time that Trump and Democratic challenger Joe Biden square off in their final debate.

Declassification by Thursday night was highly unlikely, according to a fourth official.

The White House, the Department of Justice and the CIA did not immediately respond to requests for comment. The National Security Agency declined to comment.

Ratcliffe, a former Republican congressman who defended Trump against his impeachment by the House of Representatives last year, promised in his confirmation hearings that he would be “apolitical” as the coordinator of all the US intelligence agencies.

Democrats and some former senior US intelligence officials have since accused Ratcliffe of politicizing intelligence by selectively declassifying materials that favor the president as Trump wages a tough fight for re-election.

It would not be the first time that Ratcliffe has declassified material that questioned the 2017 intelligence community assessment over the objections of US intelligence agencies.

Last month, he released to Senate Republicans unverified Russian intelligence that may have been fabricated. That material contradicted the 2017 assessment and the bipartisan findings of a Senate Intelligence Committee investigation that Russia used hacking and other means in a bid to sway the 2016 election to Trump over Democrat Hillary Clinton.

On Wednesday night, Ratcliffe called a hastily arranged news conference to say that Russia and Iran have both tried to interfere with the 2020 presidential election, drawing swift denials from Moscow and Tehran. He said Iran’s efforts were aimed at damaging Trump. 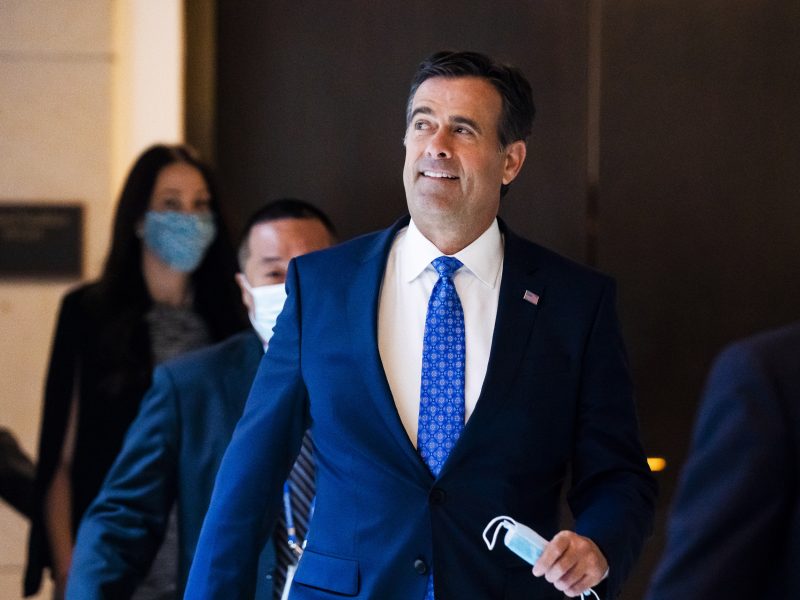 The document he is working with now is believed to be two or three years old and was originated in Congress by Republicans who support Trump’s assertion that Russians did not intervene to help him defeat Clinton, one of the officials said.

Russian President Vladimir Putin has also denied that his government helped Trump, a stance that Trump accepted in front of Putin when they met in Helsinki in 2018, putting him at odds with the findings of his intelligence agencies.