Kushner arrived in Brussels from London, where his father-in-law is making a state visit. The trip comes at a time when international hopes are dimming for a US peace plan for the Middle East. 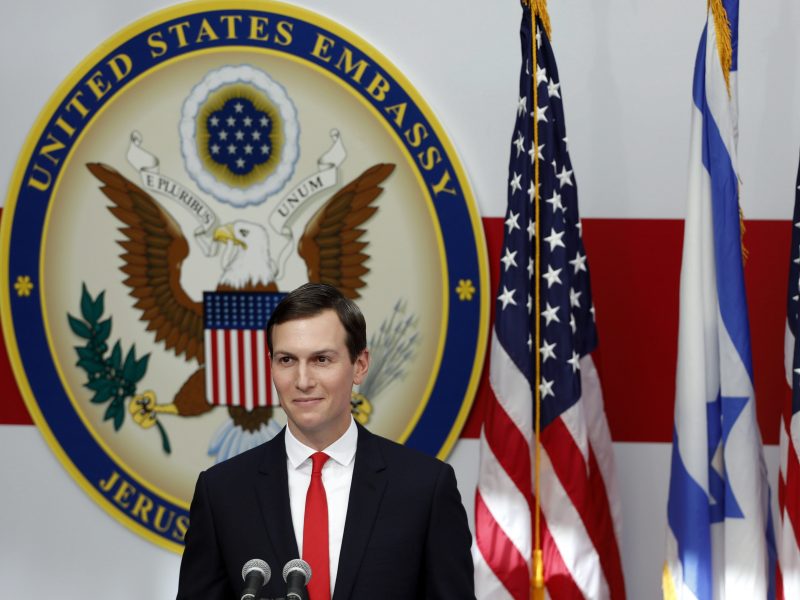 The Palestinians are asking the European Union to pick up the mantle in defence of the two-state solution if the upcoming US peace plan ditches Palestinian statehood, their UN envoy said Tuesday (7 May).

Trump, whose administration has staunchly backed Israeli Prime Minister Benjamin Netanyahu, acknowledged doubts about the plan himself on Monday, while Kushner suggested that Palestinians were not ready to govern themselves.

The United States is to lay out an economic component of the plan, which has been spearheaded by Kushner, on 25 and 26 June in Bahrain, where Gulf Arab states are expected to make pledges to boost the troubled Palestinian economy.

A commission spokesman said Juncker and EU foreign affairs chief Federica Mogherini “listened to Mr. Kushner’s ideas and underlined the fundamental interest of the European Union for a lasting and sustainable peace and stability in the region.”

Acknowledging that economic development was “crucial”, the EU insisted “it must be accompanied by viable political progress that takes into account the aspirations of both the Palestinians and the Israelis,” the spokesman added in a statement.

It is not yet clear when the political aspects of the plan — which are expected to avoid calling for the creation of a Palestinian state — will be unveiled.

Abandoning the call for a Palestinian state would end years of US support for the so-called “two-state” solution, which envisages separate homelands for Jews and Palestinians.

The EU is still firmly behind the two-state solution with Jerusalem as capital of both states — in contrast to Washington, which has recognised the city as Israel’s capital.