Tsipras faces the heat of the EU machine

By Georgi Gotev and Sarantis Michalopoulos | EURACTIV with agencies 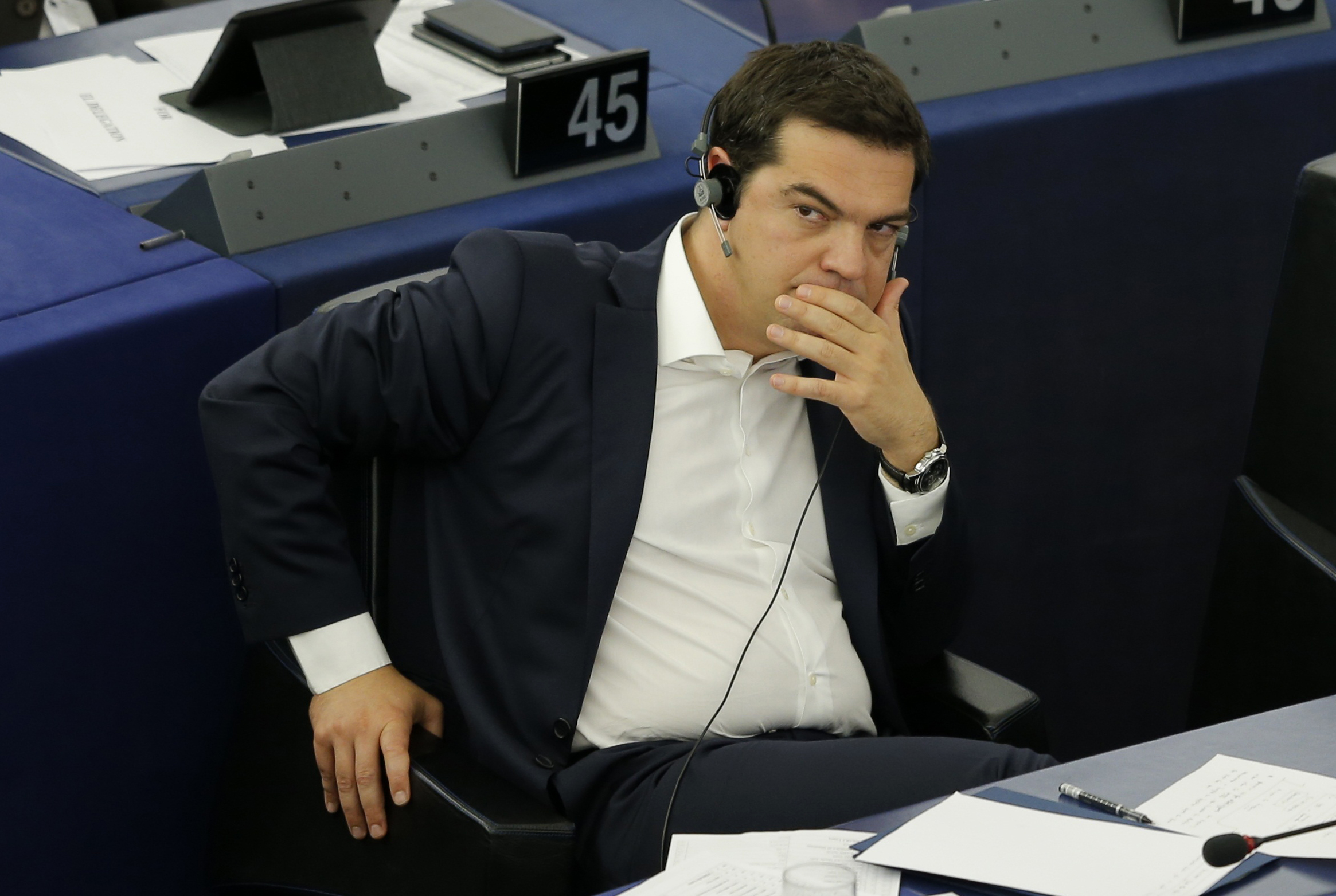 Alexis Tsipras found himself under enormous pressure today (8 July), as he was attacked by representatives of the institutions, centre, and centre-right MEPs.

However, the Greek premier was greeted as a hero by his traditional allies on the left, and by far-right nationalists, who hope Greece is about to start breaking up the euro, and the European Union.

Tsipras met with MEPs in Strasbourg upon the insistence of liberal ALDE leader Guy Verhofstadt, who exterted a lot of pressure to put the Greek leader in front of lawmakers.

Also present were Commission President Jean-Claude Juncker and Council President Donald Tusk, who will chair a crucial extraordinary EU summit on Sunday (12 July), which will decide if Greece will receive another bailout package, or have to leave the eurozone.

Tusk told the European Parliament that a failure in negotiations with Greece will have geopolitical consequences.

“Our inability to find agreement may lead to the bankruptcy of Greece and the insolvency of its banking system. And for sure, it will be most painful for the Greek people. I have no doubt that this will affect Europe, also in the geopolitical sense. If someone has any illusion that it will not be so, they are naïve,” Tusk said.

Without mentioning Russia, the Council President told Tsipras: “Seek help among your friends and not among your enemies, especially when they are unable to help you.”

But Tusk’s main message was that the government in Athens should stop demonising the EU and the lenders, while the clock was ticking before the Sunday deadline.

“Morality means paying off the debts you owe to others. It is not so that the creditors are bad and immoral while the debtor is an innocent victim. […] It is simply impossible to keep spending over a long period of time much more than one earns. This is the source of the crisis in Greece, not the common currency,” Tusk said.

“The stark reality is that we have only four days left to find an ultimate agreement,” Tusk added.

Tsipras also made reference to the geopolitical aspects of the standoff, and said he hoped a solution would be found before Sunday.

“During next days, I hope that we will manage to meet the requirements of this critical situation, both for the good of Greece and the eurozone […] I would say mainly not only for economic, but also for the geopolitical interests of Europe,” Tsipras stated.

While the debate was ongoing, it became known that Greece had made requested a third bailout. According to the procedure, the request is sent to the European Stability Mechanism, the permanent crisis resolution mechanism for the countries of the euro area, which will require the Commission to conduct a debt sustainability analysis and look at the financing needs of Greece.

In parallel, the Commission will need to receive reform proposals from Athens, the deadline having been set for Thursday (9 July) at midnight. Then those will be assessed by the three institutions, which have to submit their analysis to the Eurogroup, which has to prepare the EU summit on Sunday. The summit will decide if there is a basis for discussing another program.

No details on reform

Tsipras gave no detail on what legislation he would propose this week to meet conditions from international lenders, though he said Greece needed to reform state finances and labour laws.

The Greek premier was much more outspoken when he criticized the creditors, who will have to assess them for having turned his country into “an experimental laboratory for austerity”.

He said that other EU countries received bailout programs as well, but the measures imposed on Greece were “unprecedented” and “quite tough”.

“I won’t exaggerate if I say that our country has turned into an experimental laboratory of austerity. This experiment has failed”, he noted.

Defending a lack of action from his government since it was elected in January with a mandate to ease austerity, Tsipras said: “We have spent more time negotiating than we did governing.”

Juncker stated that Greek delegation decision to leave the talks on 26 June had been a mistake, as at that time the sides were close to an agreement for a third bailout program.

“It was a mistake to leave the negotiation table. If we hadn’t broken off, we would have come to an agreement,” Juncker said, adding: “I always stood up against cuts in pension levels that would have affected the poorest. We have to describe things as they really took place behind these closes doors.”

Juncker was not alone in criticising Tsipras, a leftist, for not doing enough for the poor and for not doing more to tax the rich. Responding to Verhofstadt, he said:

“We opened Lagarde’s list, something that previous governments were avoiding to do,” Tsipras said, referring to a leaked document containing 2,000 potential tax evaders with undeclared accounts at Swiss HSBC bank’s Geneva branch.

Replying to the leader of the centre-right EPP group, Manfred Weber, who accused him of not compromising, and of lacking commitment to Europe, Tsipras pointed out that Germany was on the receiving end of the greatest possible solidarity in 1953, when 60% of its debt was written off.

Referring to the recent “No” in the referendum, he emphasised that this didn’t mean any rift with Europe but on the contrary, it was a mandate to reach an agreement without repeating the austerity-related mistakes of the past.

“It was a message to come back to the founding principles of Europe […] which has to be democratic otherwise it will not survive,” he stressed.

Tsipras was mobbed by leftist allies holding up signs reading “OXI”, in Greek, or “NO” — Tsipras’s campaign slogan in last week’s referendum on the previous EU bailout offer.

Nigel Farage of the UK Independence Party said that the Greek crisis simply confirmed a terminal split – a new “Berlin Wall” – between the economies of northern and southern Europe that made the euro and the European Union unworkable.

“The European project is actually beginning to die,” Farage said, addressing Tsipras, who showed no emotion. “Frankly, if you’ve got the courage, you should lead the Greek people out of the eurozone with your head held high.”

National Front leader Marine Le Pen agreed, prompting one of Tsipras’ Syriza allies to tell far-right parties to stop using the troubles of pro-European Greeks for their own reactionary ends.

Winding himself up after more than three hours of argument, Tsipras appealed across the partisan divide, noting he had backing from his own opponents in Athens to keep Greece in the euro. “We have ideological differences, we are divided on issues,” he said. “But this is a crucial time to join forces.”

And in the spirit of a debate peppered with talk of ancient Greek democracy, Tsipras cited Sophocles in asking for indulgence for Athens: “He taught us,” he said, “that there are times when the greatest law of all human laws is justice for the human being.”