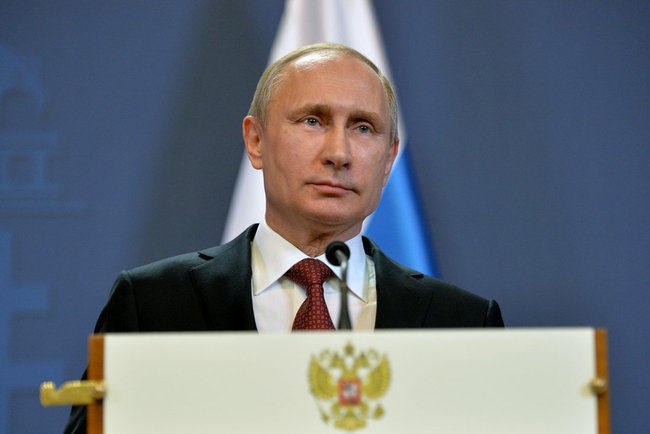 Greek Prime Minister Alexis Tsipras is due to meet Russian President Vladimir Putin in Moscow today (8 April). The agenda of the talks appears to include several issues divisive for the EU.

Ahead of Tsipras’s arrival in Moscow late Tuesday, there were suggestions that Greece’s liquidity difficulties may form part of the discussion with Putin. Kremlin spokesman Dmitry Peskov said Tuesday (7 April) that Greece’s debt could be raised, but that the discussion would cover the “whole range” of Greek-Russian relations, the Greek daily Kathimerini reported.

Russian Finance Minister Anton Siluanov said on Tuesday that the Greek government had not asked Moscow for a loan, and that this issue would not be discussed.

One of the key concessions that Tsipras would like to bring home in Athens is an agreement by Moscow to lift the embargo on Greek fruit and vegetable exports to Russia.

Russia banned imports of meat, fish, fruit, vegetables and dairy products from the EU in August as part of its response to western sanctions. Russia is said to have agreed to lift its embargo vis-à-vis Greece.

Asked yesterday to comment if a bilateral agreement between Athens and Moscow to allow Greek exports to Russia was compatible with EU law, Commission spokespersons avoided a direct answer, saying that the question was hypothetical.

Moscow would also appreciate statements from Tsipras criticising the EU’s sanctions against Russia. It should be noted, however, that since Tsipras took office last January, Greece has aligned with the other 27 member states on issues concerning the Russian sanctions.

Kommersant reported that the Russian side is considering lowering the price of natural gas supplied to Greece by Gazprom.

“We are also ready to discuss the possibility of allowing Greece new loans. But in turn, we are interested here in reciprocal moves, in particular, in terms of Russia getting certain assets from Greece,” a Russian government source told the newspaper.

In the past, Russia has shown interest in buying Greek gas distributor DEPA.

It is unclear to what extend DEPA could be an issue in the talks, but the two leaders are also expected to discuss Russia’s plans for the so-called Turkish Stream pipeline, which would carry gas up to the Greek-Turkish border.

On Tuesday, the foreign ministers of Greece, Hungary, Macedonia, Serbia and Turkey met to discuss how to move this gas across the territories of their countries.

The Chinese agency Xinhua quoted Hungarian Minister of Foreign Affairs and Trade Peter Szijjarto as saying that the ministers had agreed to meet regularly and to set up a working committee to focus on infrastructural developments.

Szijjarto reportedly said the committee would handle “the nuts and bolts” of implementation including financing, pricing, and resourcing.

The committee’s door is open to all countries that want to cooperate, he is reported to have added, noting that he expected Albania and Bosnia-Herzegovina to join the group.

Greek Foreign Minister Nikolaos Kotzias reportedly pointed out the significance of having alternative routes through which the energy sources arrived.

The Southern Gas Corridor will bring Azeri gas to the EU via Greece by 2019-2020, and Turkish Stream is planned to bring Russian gas to the Turkish-Greek border. During a recent visit by Russian President Vladimir Putin to Hungary, his host, Prime Minister Viktor Orbán, presented a map for a planned pipeline through the territories of Greece, Macedonia, Serbia and Hungary.

Serbian Foreign Minister Ivica Da?i? was quoted as saying that the meeting was an opportunity to officially declare their commitment to the infrastructural projects promoting energy security.

Everyone has been affected by the cancellation of Russia’s South Stream project, with Hungary and Serbia being particularly hard-hit, Da?i? is reported to have said. The Serbian minister also recommended dialogue between Russia and the European Commission on South Stream.

Macedonian Foreign Minister Nikola Poposki was quoted as saying that the region needed energy, and that energy had to be supplied in a more competitive fashion. The group needs the European Union’s help and international financing, he added.

Volkan Bozkir, Turkey’s Minister for EU Affairs, is reported to have called energy a key issue for Turkey, since it has to import 70% of its supply. Being an important transit country, Turkey is ready to contribute to helping Europe with its energy security, he said.

The ministers issued a joint statement calling for the resolution to their energy supply problems. Their next meeting will be in July.

The EU is not supportive of South Stream, or the Turkish Stream project. EURACTIV asked the Commission if it was involved in the Budapest meeting, and received a negative answer.