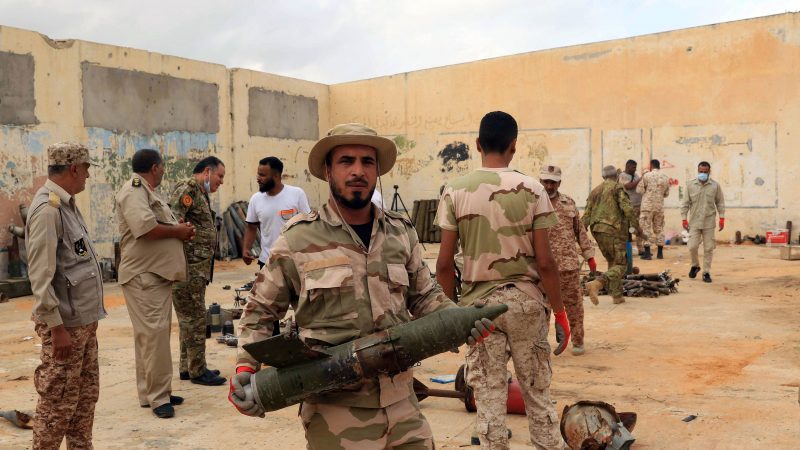 File photo. Military engineers of the UN-recognised Libyan Government of National Accord (GNA) prepare to dispose ammunition and explosives in Tripoli, Libya on 12 October 2020. [Stringer/EPA/EFE]

Tunisia, the current president of the UN Security Council, called Monday (4 January) for a resolution sending international monitors to support Libya’s brittle ceasefire to be adopted as soon as possible.

“We hope that it will be adopted as soon as possible” because “there is a momentum, yet it’s a little bit fragile,” said Tunisian ambassador to the UN Tarek Ladeb, referring to the negotiations between Libyan parties and the UN mission there.

At the end of last year, UN chief António Guterres proposed using international monitors in Libya amid hopes that foreign fighters will soon leave and the country can turn the page on a decade of war. 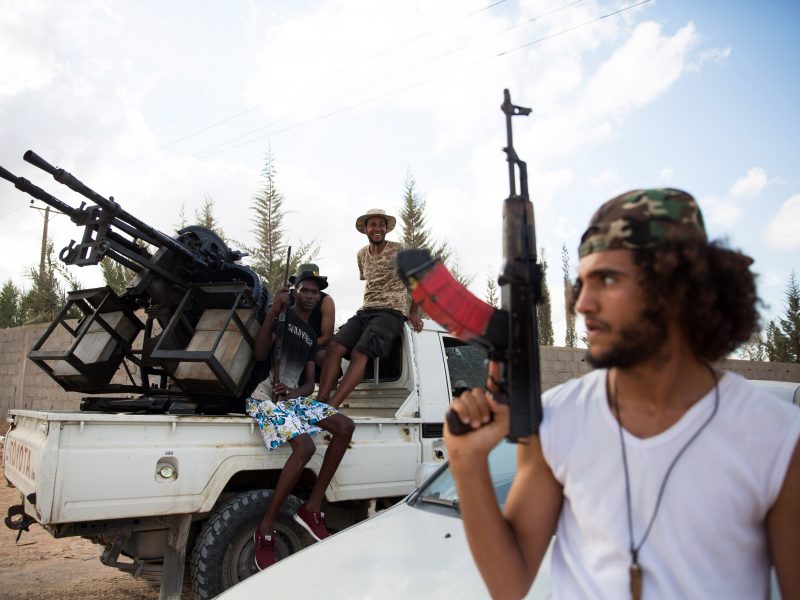 UN chief Antónioo Guterres has proposed international monitors to support Libya’s fragile ceasefire amid hopes that foreign fighters will soon leave and the country can turn the page on a decade of war.

The warring sides reached a ceasefire on 23 October in Geneva under which all foreign forces are to leave within three months — that is, by 23 January. The international observers would monitor their departure.

Guterres asked for a group that would include civilians and retired soldiers from regional groups such as the African Union, European Union and Arab League.

He called in particular for all nations to respect the UN arms embargo on Libya, which has been flagrantly violated.

Khalifa Haftar, a warlord in eastern Libya, has enjoyed backing from Russia, Egypt, the United Arab Emirates and Saudi Arabia.

Haftar reached the truce after being driven back in an offensive by the UN-recognized Government of National Accord, which enjoys strong support from Turkey.

In early December, UN envoy Stephanie Williams estimated that 20,000 foreign troops and mercenaries remained in the country in a “shocking violation of Libyan sovereignty.”

And while October’s ceasefire has largely held, Haftar last month vowed to “drive out the occupier by faith, will and weapons,” leading Turkey to warn of retaliation to any attack by the “war criminal.”

Under Guterres’ proposal, monitors would initially operate in a triangular section of Libya around Sirte — the birthplace of former dictator Muammar Gadhafi, whose Western-supported overthrow in 2011 set off a decade of turmoil.

The observers would expand to other parts of the country until they can be replaced by a unified Libyan national force.

Tunisia, a non-permanent member of the Security Council, assumed its rotating presidency in early January. Its work program does not at this stage include a meeting on Libya until the end of the month.