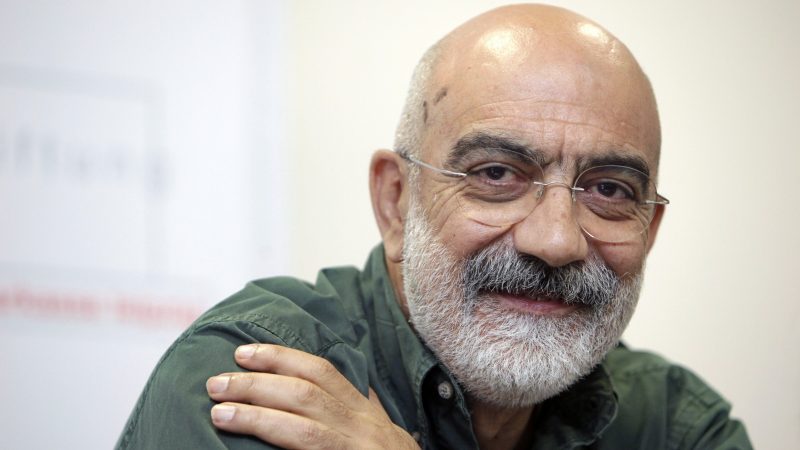 A Turkish court on Wednesday (14 April) released journalist and novelist Ahmet Altan after more than four years in prison on charges of involvement in a failed 2016 coup attempt that he had always denied.

The Court of Cassation ruling came a day after the European Court of Human Rights (ECHR) demanded the 71-year-old’s freedom in a verdict that accused Turkey of violating his civil rights.

“I don’t know how I got out. I was sitting (in prison) and all of a sudden I was told this evening that I would be released,” Altan told AFP in front of his home in Istanbul.

“I just saw my children. I will now spend some time with them,” he said.

The award-winning novelist and newspaper editor was jailed after writing politically-sensitive pieces critical of President Recep Tayyip Erdoğan and in support of Kurdish rights.

Altan was arrested during sweeping purges that followed the coup attempt and accused of backing the uprising by “disseminating subliminal messages to the public”.

He was subsequently sentenced to life imprisonment for trying to overthrow the government — a ruling later quashed by Turkey’s top court.

But the case was re-examined and he was sentenced to 10 years and six months for “knowingly supporting a terrorist organisation” that was involved in the coup bid.

“Will be even happier after seeing him enjoying fully his freedom and all charges dropped. Hope all other (ECHR) rulings will be applied too.”

The Court of Cassation ruling came as Erdoğan mounts a charm offensive aimed at mending torn relations with the European Union and building a new rapport with the US administration of President Joe Biden.

Biden’s White House has also made human rights a much bigger issue in US-Turkish relations than it had been in the former administration of Donald Trump.

Turkish officials argue that the courts are independent and not swayed by politics or Erdoğan’s whims.

But critics accuse Erdoğan of stacking them with supporters after sacking or jailing tens of thousands of people who held various government jobs.

Western observers have thus been watching Altan’s case and some other renowned prisoners for signs of Turkey’s diplomatic intentions and future political course.

Perhaps the most celebrated case involves civil society leader Osman Kavala — in custody without a conviction for nearly four years and re-arrested after being cleared of all charges in 2019.

Altan was also briefly freed and cleared of all charges before being almost immediately rearrested in 2019.

The Court of Cassation ruling on Wednesday overturned his conviction in the 2019 case related to charges of “assisting a terrorist organisation”.

He had turned to the ECHR for help in 2017 after calling the charges against him “grotesque”.

The Strasbourg-based rights court on Tuesday found “no evidence that the actions of the applicant had been part of a plan to overthrow the government”.

It ordered Turkey to immediately release him and pay him 16,000 euros ($19,000) in damages for violating his rights to freedom of expression.

“Deprivation of liberty, in particular continued detention, must be based on reasonable suspicion,” the ECHR ruling said.

It “found that the applicant’s criticisms of the president’s political approach could not be seen as an indication that he had had prior knowledge of the attempted coup,” it added.