An Istanbul court yesterday (8 March) sentenced 25 journalists to prison terms of up to seven and a half years over links to the group blamed by Turkey for the 2016 failed coup, in a mass trial of media staff detained after the attempted putsch.

Twenty-three of the journalists were convicted of membership of an armed terror group while two more were hit with lesser charges, the Dogan news agency said.

Almost all of those jailed worked for media close to the group of US-based preacher Fethullah Gülen, who Ankara says organised the coup bid. He denies the charges.

Many of those convicted worked for the Zaman newspaper, the most prominent of the media titles close to Gülen, which was taken over by the authorities in March 2016.

Others worked for the magazine Aksiyon and the Rotahaber website, also considered close to Gülen.

Ten of those on trial were handed jail terms of seven and a half years, including Unal Tanik, a veteran Turkish journalist who was the editor-in-chief of Rotahaber.

Thirteen were sentenced to six years and three months in jail, including Hanim Busra Erdal, once a prominent columnist for Zaman.

Musician and journalist Atilla Tas was given a three-year one-month sentence on charges of assisting Gülen’s group and journalist Murat Aksoy two years and one month on the same charge.

Both were however allowed to go free on the condition they did not leave Turkey. A total of 19 of the suspects were already being held in jail ahead of the verdict.

Turkey calls “terrorists” basically all who are perceived as enemies or a threat to the regime, which can easily include EU nationals. Ankara would like the EU to lift the visa barrier for Turkish nationals, but the EU insists that Turkey changes its definition of terrorism. 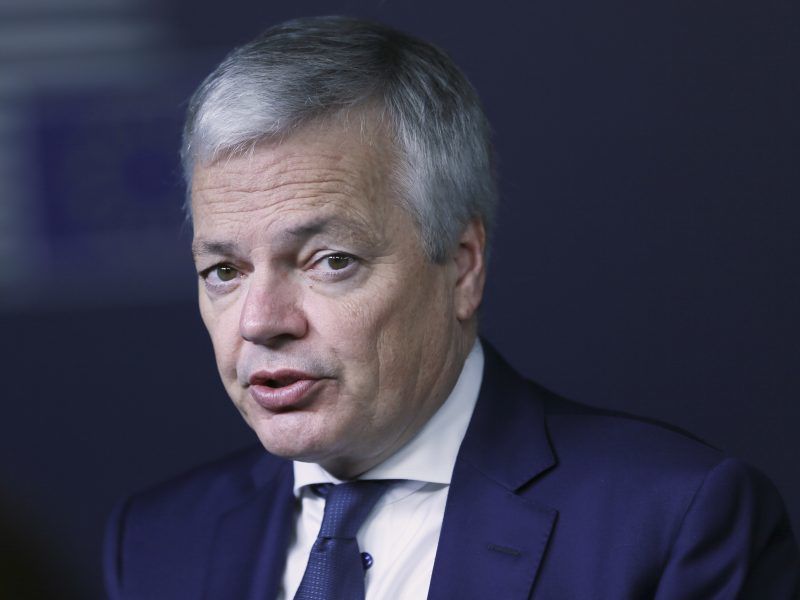 ‘Punished for being journalist’

Writing on Twitter, Aksoy insisted he was innocent and denied he had aided any “organisation” in his writings.

The Turkish authorities have detained dozens of journalists in the crackdown after the failed coup.

Not all were considered close to Gülen, with some sympathetic to the Kurdish cause or simply critical of President Recep Tayyip Erdoğan.

Turkey says such measures imposed under the state of emergency in place since July 2016 are needed to eradicate the influence of Gülen from Turkish society.

The Islamic preacher, despite having not set foot in Turkey since 1999, built up a network of supporters in the media, judicial system and police as well as running a succesful system of private schools.

Gülen and his supporters however deny any link to the coup bid and insist they are victims of a witch hunt.

OSCE media freedom representative Harlem Desir said he was concerned by the latest verdicts, saying on Twitter that the “severe charges were never proven during the investigation” and urging Turkey to free the journalists.

In another prominent process seen as a test case for press freedoms, 17 current and former writers, cartoonists and executives from the opposition Cumhuriyet (“Republic”) daily remain on trial on charges of supporting terror groups.

??? The Delegation of European Union to Turkey will be following the court case of Cumhuriyet journalists and executives today at Silivri Heavy Criminal Court.

Three of the suspects are still behind bars, including investigative reporter Ahmet Sik, who wrote a book deeply critical of the Gülen movement. The next hearing in that case is Friday.

A ‘leaders’ meeting’ between Erdoğan and Commission and Council Presidents Jean-Claude Juncker and Donald Tusk could take place in Varna on 26 March, hosted by Bulgarian Prime Minister Boyko Borissov. Bulgaria holds the rotating Presidency of the Council of the EU.

However, the summit has become conditional, after the Cypriot President Nikos Anastasiades succeded in convincing his colleagues at the 23 February EU summit to make it conditional on stopping “illegal violations” in the Cypriot economic zone.

In the meantime, tensions between Turkey and Greece have also increased. Turkey has arrested two Greek soldiers who were detained after crossing the border into Turkey in bad weather in a heavily forested frontier region