Police detained dozens of protesters across several cities on Thursday (4 February) after Turkey brushed aside US and EU condemnation of President Recep Tayyip Erdoğan’s crackdown on a month of escalating student rallies.

AFP reporters witnessed police use riot shields and batons to break up an unsanctioned event in Istanbul and lead away more than 20 people.

Security forces also set up ID checks at two major ports on the Asian and European sides of the Bosphorus to prevent protesters from gathering for the events.

A crowd of leftist political forces and a few opposition lawmakers had come out in support of students protesting Erdoğan’s decision to name a party loyalist to head Istanbul’s elite Boğaziçi University last month.

Many students see Melih Bulu’s appointment as a part of Erdoğan’s broader push to seize control of various facets of Turks’ daily lives while in power for the past 18 years.

Student support groups on Thursday also reported at least 36 people were detained at rallies in the western cities of Bursa and Canakkale as well as the Black Sea port of Samsun.

The European Union said it was “seriously concerned” by the latest developments in Turkey and called for the release of “those arbitrarily detained”.

The students’ ability to thrust their demands into the centre of Turkish politics and turn their cause into a national movement have echoes of 2013 demonstrations that first rattled Erdoğan’s rule.

He had initially ignored the demonstrations and the strategy seemed to be paying off. The police fenced of Boğaziçi University’s campus and watched the protests slowly peter out.

But they exploded and turned more violent after police arrested four students over the weekend for displaying an artwork depicting Islam’s holiest site covered in LGBT flags.

The police then broke into the campus grounds and arrested nearly 200 people on Monday night.

More demonstrations in Istanbul and Ankara this week saw the police fire rubber bullets and tear gas while being pelted with various objects by the crowds and their supporters in surrounding buildings.

More than 500 people are known to have been detained in the past month.

Erdoğan unleashed a furious attack on the students on Wednesday that Washington quickly condemned — an exchange that underscored the tougher line Turkey could face under the new administration of US President Joe Biden.

The Turkish leader compared some of the students to “terrorists” and called the LGBT cause incompatible with the country’s values.

“LGBT, there is no such thing,” Erdoğan said.

‘Look in the mirror’

The US State Department said it was “concerned by detentions of students and other demonstrators and strongly condemn anti LGBTQIA rhetoric surrounding the demonstrations”.

The tough line marked a departure from the softer approach on human rights that Erdoğan enjoyed while cultivating a personal friendship with former president Donald Trump. 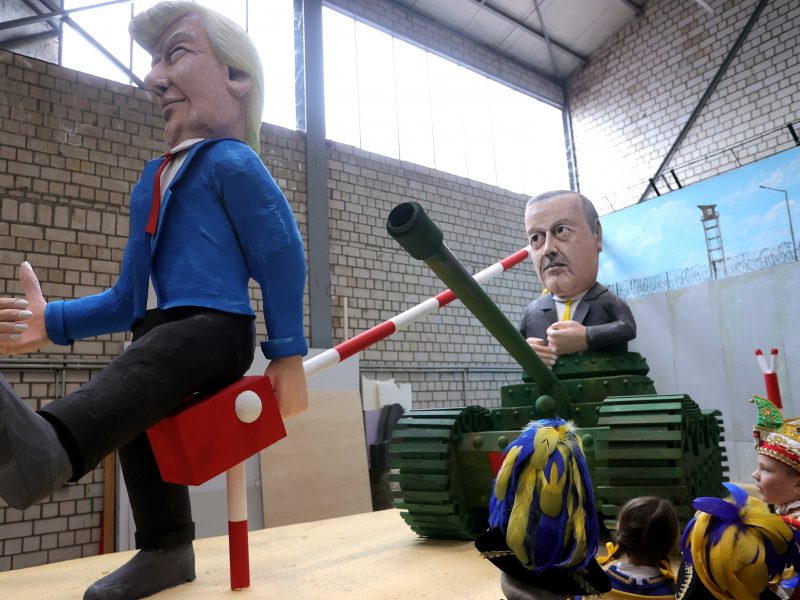 The Turkish foreign ministry responded on Thursday by telling “those who dare to teach a lesson of democracy and law… to look in the mirror”.

“No one should dare to interfere in Turkey’s domestic affairs,” it said in a statement.

Yet the students are slowly starting to win support in some leading Turkish political circles despite being ignored by pro-government television channels and newspapers.

The main opposition leader Kemal Kılıçdaroğlu called for the first time on Thursday for the disputed university rector to resign.