File photo. Destroyed and deserted hotels are seen in an area used by the Turkish military, in the Turkish occupied area, in the abandoned coastal city of Varosha in Famagusta, Cyprus, 12 May 2014. [Katia Christodoulou/EPA/EFE]

Turkey will only join talks to resolve decades of dispute over Cyprus with a proposal to establish two states on the island, presidential spokesman Ibrahim Kalin said on Thursday (11 February), adding previous failed proposals should not be on the agenda.

On Monday the leaders of Greece and Cyprus said they would only accept a peace deal based on UN resolutions, rejecting the two-state formula supported by Turkey and Turkish Cypriots. Talks under United Nations auspices are planned for next month.

The UN is set to invite Cyprus’s two communities and foreign ministers from the three guarantor nations – Greece, Turkey and Britain – to discuss how to move forward on an issue that has stoked tensions between Ankara and Athens and complicated energy projects in the eastern Mediterranean.

UN resolutions call for Cyprus’ reunification under a two-zone federal umbrella. Previous attempts have failed to unite Greek and Turkish Cypriots on the island, which was split in a Turkish invasion in 1974 triggered by a Greek-inspired coup.

“We cannot discuss the things we discussed for 40 years for another 40 years,” Kalin told an interview with broadcaster TRT Haber, referring to decades of failed talks to unite the island.

Turkish President Recep Tayyip Erdoğan said on Wednesday the only way to resolve the Cyprus dispute was a two-state solution, rather than a federation favoured by Athens and the UN. 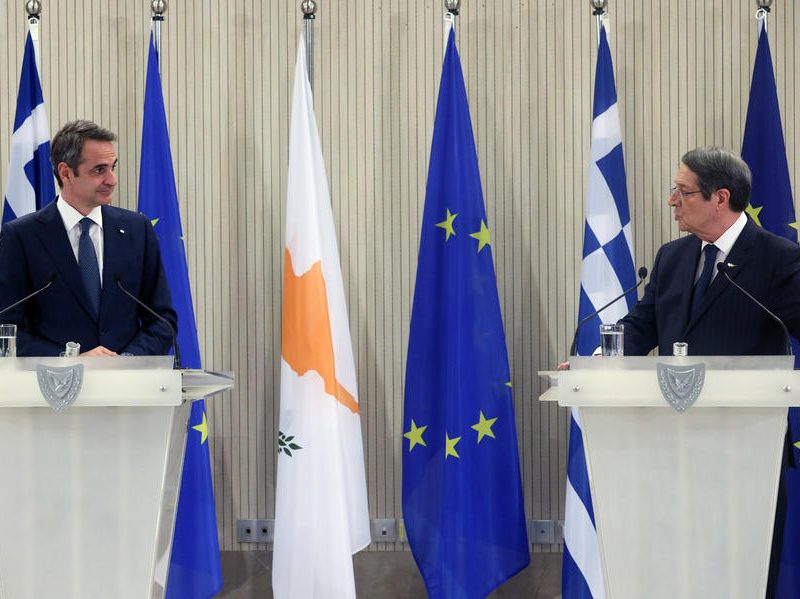 The only way to resolve the Cyprus issue is to establish two states on the island, Turkish President Tayyip Erdogan told the Turkish Cypriot community on Wednesday. At the same time, Athens favours an UN-supported solution for a federation, while …

Though the basis set by UN resolutions has been reaffirmed over the years, Turkey and Turkish Cypriots have called for a confederation, or two-state union. Greek Cypriots – the island’s internationally recognised government and an EU member – refuse to discuss this formula as it implies Turkish Cypriot sovereign authority.

On Thursday, a Turkish delegation led by Vice President Fuat Oktay held a second day of talks in northern Cyprus and agreed to further cooperation in a host of areas ahead of the planned talks next month.