Turkey slams Cyprus over removal of ‘Ataturk praise’ from textbook 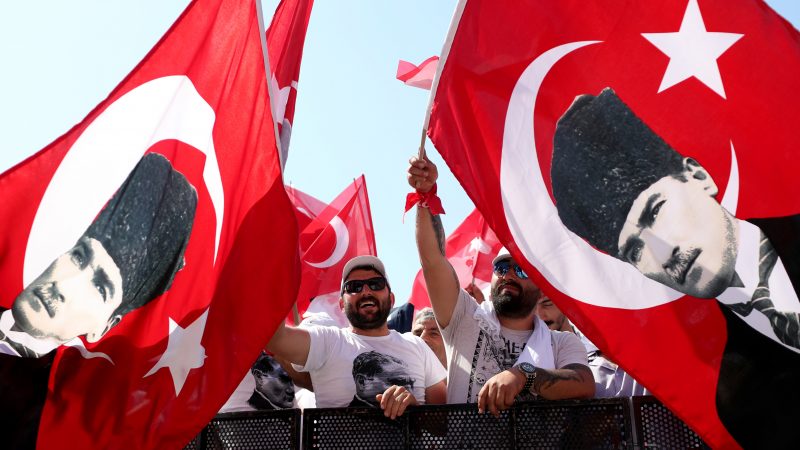 Turkey on Wednesday (8 September) “strongly condemned” an instruction by the Cypriot administration for English teachers to rip out a page in a textbook mentioning Mustafa Kemal Ataturk, the founder of the Turkish Republic.

“We strongly condemn this anachronistic, hostile and unacceptable attitude of the Greek Cypriot Administration,” said the statement.

Schools in the Republic of Cyprus were instructed earlier on Wednesday to remove a textbook from the curriculum because of its “praise” for Ataturk.

The education ministry had earlier told secondary school teachers in an email to “tear out page 36 before handing it to the students”, an instruction that was leaked on social media.

After public criticism over the instruction for the page referring to Ataturk as “Turkey’s greatest hero”, the ministry decided to withdraw the English-language textbook outright.

The ministry defended its decision on the grounds that Ataturk was not a leader who should be lauded.

“Therefore, it is not possible to accept textbooks that promote or even praise his personality and ‘leadership’,” the ministry said in a statement.

“Ataturk’s name is directly connected with crimes against humanity such as the Armenian genocide, which is unequivocally condemned by our country and by the United States, France and many others,” it added.

Modern education, argued the ministry, is based on “respect for human rights and does not compromise with attempts to embellish such historical crimes”.

Cypriot MEP Niyazi Kizilyurek, the only Turkish Cypriot member of the European parliament, condemned the move as the sort of decision “which we only find in totalitarian regimes”.

“We have recently seen the Turkish government intervene in the teaching of history in Turkish Cypriot schools,” said the MEP.

“Unfortunately, in both communities, the education sector is anachronistic, and with these interventions, it becomes even worse,” added Kizilyurek.

Turkish troops seized the northern third of Cyprus in 1974 in response to an aborted coup in Nicosia aiming at uniting the island with Greece.

The Republic of Cyprus, whose overwhelming majority is Greek Cypriot and has been a European Union member since 2004, has effective control over the southern two-thirds of the island.

Officially the entire territory of the island of Cyprus is considered EU territory.