A homeless woman sleeps in front of the huge Turkish flag during a curfew amid the ongoing pandemic of the COVID-19 disease caused by the SARS-CoV-2 coronavirus in Istanbul, Turkey, 23 May 2020. [Erdem Sahin/EPA/EFE]

President Recep Tayyip Erdoğan vowed on Thursday (4 June) to ramp up Turkey’s support for its ally in Libya to lock in recent military gains, and promised joint exploration for oil at sea following talks in Ankara ahead of a potential ceasefire push.

Fayez al Serraj, leader of Libya’s internationally recognised Government of National Accord (GNA), met Erdoğan for talks hours after his forces – backed by Turkey – said they regained full control of the capital Tripoli.

Turkey threw its support behind the GNA in November after signing a military cooperation pact alongside a maritime demarcation deal, which gives Ankara exploration rights in the eastern Mediterranean that Greece and others reject.

Turkey’s intervention in the conflict has pushed back Khalifa Haftar’s eastern-based Libyan National Army (LNA) – backed by the United Arab Emirates, Russia and Egypt – which had been attacking the GNA in Tripoli since April 2019.

The GNA’s latest advance could hasten steps toward a potential truce, underlining Turkey’s growing influence in the resource-rich region where Erdoğan has few close allies.

Turkey’s support for the GNA “will increasingly continue,” Erdoğan said alongside Serraj, adding that Hafter and his backers “will be judged by history.” A solution can only come under United Nations’ auspices, he said.

“We aim to expand our cooperation including exploration and drilling operations to take advantage of natural resources in the eastern Mediterranean,” including Libyan territory, Erdoğan added. 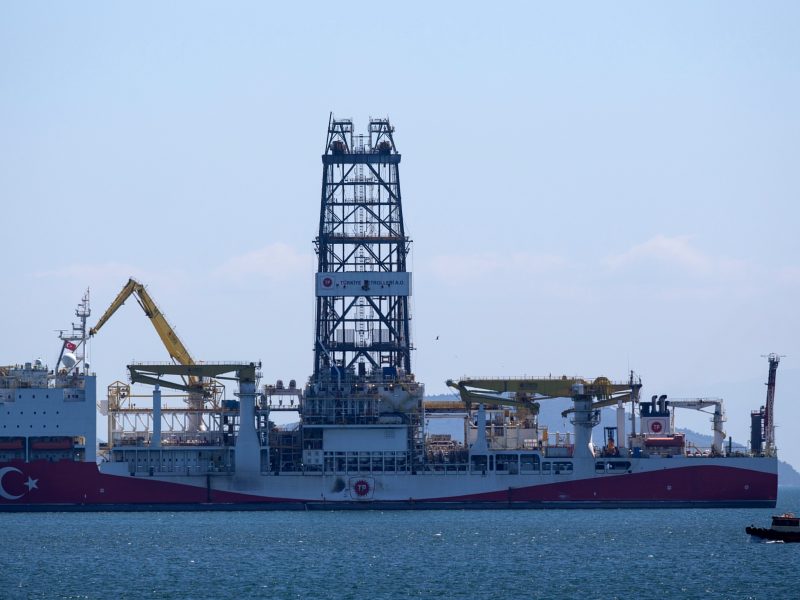 Greece on Monday (1 June) attacked Turkey’s plan to carry out oil drilling in the eastern Mediterranean, describing it as “a new provocation”.

On Monday, the United Nations said both sides had agreed to resume ceasefire talks and warned that weapons and fighters being flown into Libya threatened a new escalation.

Several peacemaking efforts in Libya have collapsed or stalled since clashes began in 2014.

Serraj’s visit to Turkey came after weeks of GNA gains that upended the conflict and drove Haftar from his foothold in the northwest. A senior Turkish official said the advances were critical ahead of any truce talks.

“The territory you hold strengthens your positions at the table,” the official said. Erdoğan said Haftar had “no representative capacity” to negotiate what should be a “legitimate and fair” solution.

In a flurry of diplomacy, Serraj’s deputy was in Moscow and Haftar was in Egypt this week. A second Turkish official said Ankara expected Haftar’s backers to contribute to political talks.

An increased presence in Libya would give Turkey strategic positioning near Egypt, with which ties are strained.

It would also serve as another foothold in the Mediterranean, where Turkey has been at odds with several neighbouring states. Greece and Cyprus called last year’s maritime deal with Serraj illegal, an accusation Ankara denied.

Turkey’s plans for what Erdoğan called “new cooperation on maritime agreements” with the GNA could stoke those frictions. The Turkish leader also said Haftar’s “putschist” forces will no longer be allowed to illegally sell Libya’s oil.

Athens says Ankara’s maritime deal infringes on Crete’s continental shelf. Turkey – which has also been criticised by Israel and the European Union – says the deal abides by international law and rejects the notion islands can have such shelves.

Turkey has said it could begin exploration and drilling in the eastern Mediterranean under the GNA deal within three or four months.