His remarks in an interview with the centre-right tabloid Bild are likely to further inflame relations between the two NATO allies after Erdoğan urged German Turks to boycott Germany’s main parties in next month’s general election.

“It is clear that in this state, Turkey will never become a member of the EU,” Gabriel said. “It’s not because we don’t want them but because the Turkish government and Erdoğan are moving fast away from everything that Europe stands for.” 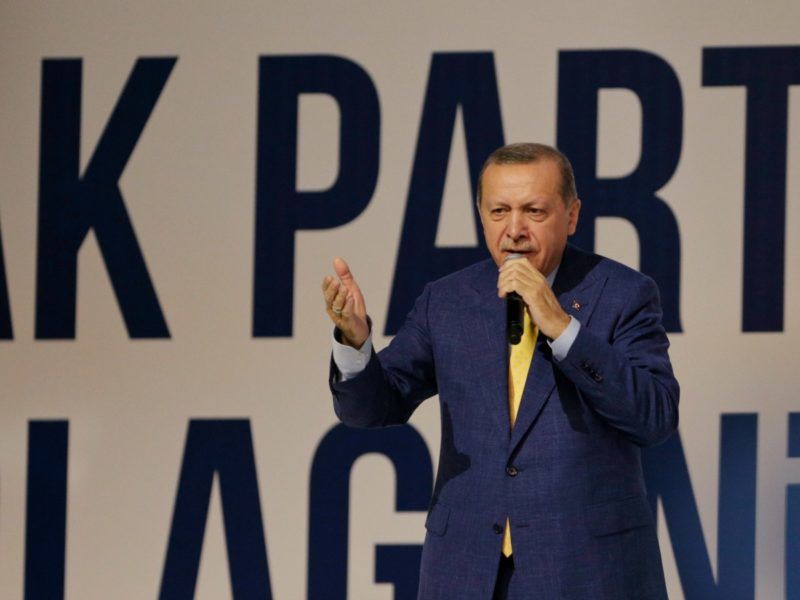 Turkish President Tayyip Erdogan on Friday (18 August) said German Chancellor Angela Merkel’s Christian Democrats were enemies of Turkey and called on Turks in Germany to vote against major parties in next month’s elections.

EU leaders have been critical of Erdogan’s crackdown on opponents before and after a failed military coup against him in July last year. Accession talks have ground to a virtual halt though Turkey remains a candidate for membership.

Erdoğan says both the crackdown and the increased presidential powers are needed to help tackle serious challenges to Turkey’s security both at home and beyond its borders.

At a high point in tensions earlier this year, Erdoğan angered Germany, home to 3 million Turks about half of whom can vote in the election on 24 September by accusing German authorities of Nazi-like behaviour.

Relations between the two countries have also been strained by Turkey’s arrest of a Turkish-German journalist and a German human rights activist.

Turkey’s EU minister said on Thursday (17 August) that German Chancellor Angela Merkel’s comments about halting the expansion of a customs union between Ankara and the European Union harmed the credibility of the bloc.