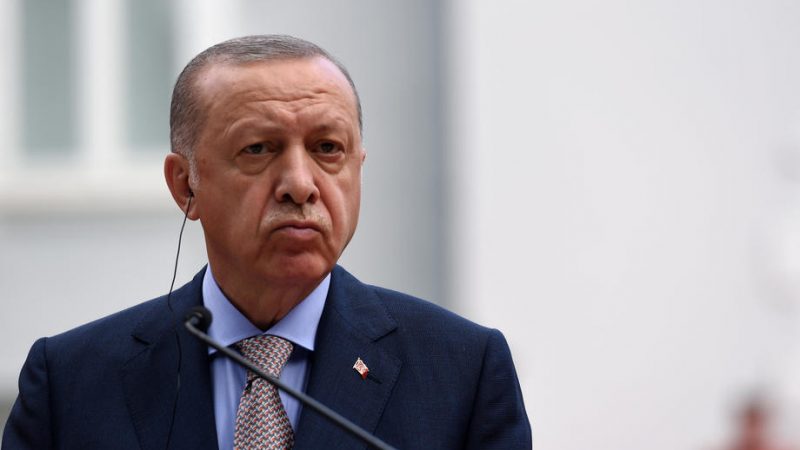 Turkish president Recep Tayyip Erdogan criticised Europe’s colonial past as he launched a new pitch for his country to rival Europe in the race to increase trade and investment ties with Africa. EPA-EFE/BORIS PEJOVIC

Turkish President Recep Tayyip Erdogan criticised Europe’s colonial past as he launched a new pitch for his country to rival Europe in the race to increase trade and investment ties with Africa.

“The fate of humanity cannot and should not be left to the mercy of a handful of countries that were the victors of the Second World War,” Erdogan told Angolan lawmakers in Luanda on Monday (18 October), at the start of a three0day tour of Angola, Togo and Nigeria.

Erdogan’s whistlestop tour was followed by a two day Turkey–Africa trade summit in Istanbul, which started on Thursday.

He added that “ignoring the demands for change is an injustice to Africa,” noting that Turkey bore “no stain” of imperialism or colonialism and rejected “Western-centric Orientalist approaches” in Africa, a clear dig at both European states and Chinese neocolonialism.

With political and economic relations between Europe and Ankara having become increasingly strained in recent years, Erdogan is keen to diversify the country’s trade away from Europe. Two-thirds of Turkey’s trade investment financing currently comes from Europe.

Trade between Turkey and Africa increased from $5.5 billion in 2003 to $25.3 billion by 2020. On the political front, meanwhile, Erdogan has made more visits to African states than any non–African leader, and has expanded the number of Turkish embassies on the continent from 12 to 43 since taking office in 2009.

The business summit in Istanbul will be followed by a Turkey–Africa summit between political leaders in December.

Turkey is part of an increasingly crowded field of international players hoping to land contracts and increase trade ties with African states.

The European Union’s plans for a ‘strategic partnership’ with Africa have been derailed by the pandemic. The EU and African Union will finally hold a meeting at the ministerial level in the Rwandan capital Kigali next week, ahead of a repeatedly delayed heads of government summit, which is now scheduled for early 2022.

India, France, the UK, and Japan have all held their own Africa–focused summits over the past two years.

Turkey’s most obvious political leverage on the continent has been in north Africa, and particularly Libya, where it supplied military support for the United Nations–backed Government of National Accord. It also recently secured a military cooperation deal with Morocco.

Erdogan’s incursions into francophone African states have prompted the French government to accuse the Turkish president of seeking to stir “post–colonial resentment”.

On the Horn of Africa, Turkey is vying for influence with Russia, Egypt, Saudi Arabia, Qatar and the United Arab Emirates.