Turkish-Cypriot presidential candidate Ersin Tatar (C) celebrates his victory in the second round of the presidential elections, in the Turkish-administered northern part of the divided capital Nicosia, Cyprus, 18 October 2020. [Bilge Bebek/EPA/EFE]

Tatar, 60, clinched his surprise victory in a second round of presidential elections, winning 51.7% of the vote, official results showed.

He edged out incumbent Turkish Cypriot leader Mustafa Akıncı, 72, a supporter of reunification with the Greek Cypriot south of the divided island, leaving attempts to relaunch long- stalled UN-brokered talks hanging in the balance. 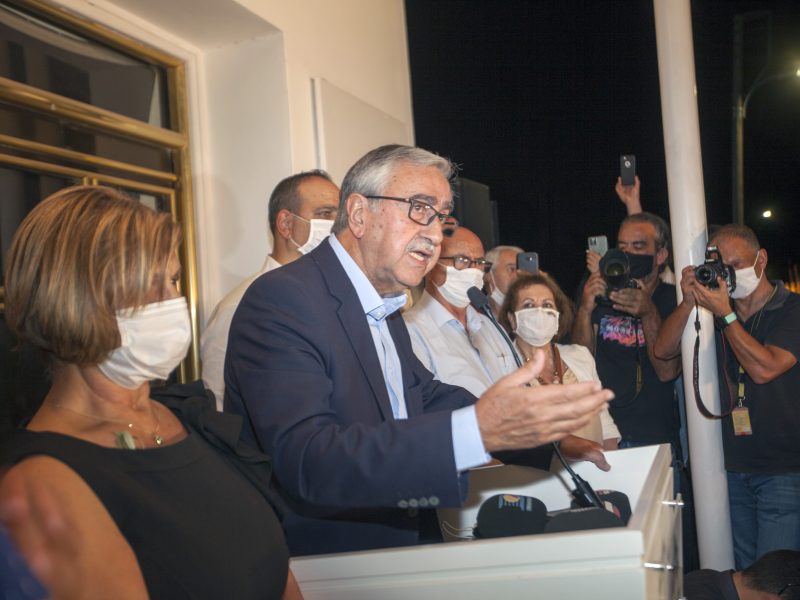 Tatar is an advocate of a two-state solution and held the post of premier in the self-proclaimed Turkish Republic of Northern Cyprus (TRNC), recognised only by Ankara.

He controversially received the open backing of Turkey’s President Recep Tayyip Erdoğan during the election campaign.

In a victory speech to hundreds of cheering and Turkish flag-waving supporters, Tatar thanked Turkey’s head of state and said: “We deserve our sovereignty — we are the voice of Turkish Cypriots.

“We are fighting to exist within the Turkish Republic of Northern Cyprus, therefore our neighbours in the south and the world community should respect our fight for freedom.”

There was no immediate official reaction from the Greek Cypriot government or ruling party in the south of the island, which is an European Union member state, although opposition parties were quick to lament the outcome.

Erdoğan was swift to celebrate the victory, which followed a high 67-percent turnout at the polls.

“I congratulate Ersin Tatar who has been elected president… Turkey will continue to provide all types of efforts to protect the rights of the Turkish Cypriot people,” he wrote on Twitter.

In a telephone call the same night, Erdoğan said he was confident the two leaders would maintain close cooperation in all areas, “starting with the hydrocarbon linked activities in the eastern Mediterranean,” his office said.

Under Erdoğan, Turkey has become an increasingly assertive regional power that is now engaged in a bitter dispute with Greece and Cyprus over oil and gas reserves in eastern Mediterranean waters.

The European Union has deplored Turkey’s drilling for hydrocarbons in disputed waters and warned Ankara against further “provocations”, while multiple countries have staged military drills in the region in recent months.

The second-round ballot was triggered after Tatar won 32% of the vote on 11 October ahead of Akıncı, who garnered just under 30%.

Akıncı was tipped to secure a second term, having won the backing of Tufan Erhurman, a fellow social democrat who came third last time around.

After his defeat, Akıncı, who had accused Ankara of meddling in the polls, thanked his supporters and said: “You know what happened … I am not going to do politics on this.”

The TRNC, with a population of about 300,000, was established after the north was occupied by Turkey in 1974 in reaction to a coup that aimed to annex Cyprus to Greece.

Earlier in October, Turkish troops angered the Republic of Cyprus by reopening public access to the fenced-off seaside ghost town of Varosha for the first time since Turkish forces invaded the north.

The reopening was announced jointly by Erdoğan and Tatar at a meeting in Ankara just days before the first round of polling.

It drew EU and UN criticism and sparked demonstrations in the Republic of Cyprus, which exercises its authority over the island’s south, separated from the TRNC by a UN-patrolled buffer zone.

On the eve of Sunday’s vote, Greek Cypriot demonstrators massed at a checkpoint along the so-called “Green Line”, holding signs that read “Cyprus is Greek”, in protest at the reopening of nearby Varosha to the Turkish Cypriots. 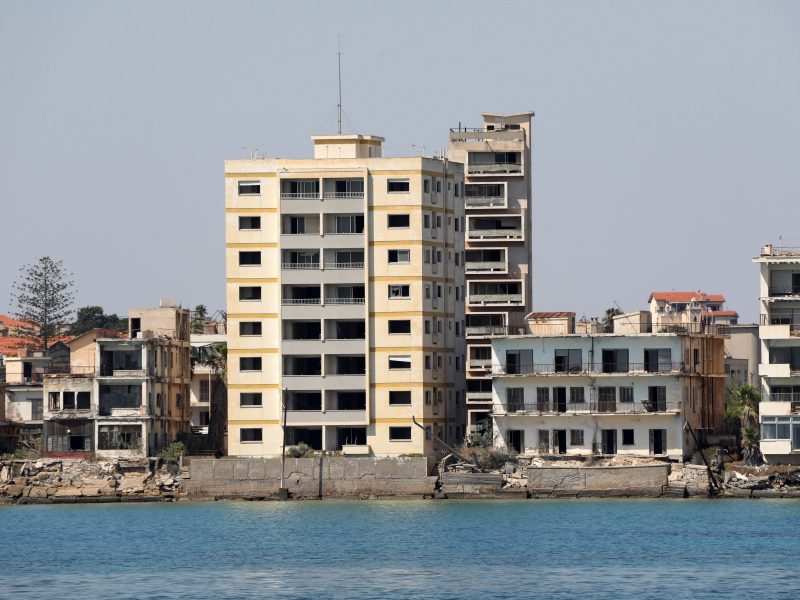 Turkey has repeatedly said it seeks to defend Turkish and Turkish Cypriots’ rights in the eastern Mediterranean.

Akıncı’s relationship with Ankara had come under strain, especially after he described the prospect of the north’s annexation by Turkey as “horrible” in February.

When Akıncı took office in 2015, he was hailed as the leader best placed to revive peace talks.

But hopes were dashed in July 2017 after UN-mediated negotiations collapsed in Switzerland, notably over Greek Cypriot demands for the withdrawal of the tens of thousands of Turkish soldiers still stationed in the TRNC.