Kılıçdaroğlu spoke at his party group meeting and showed what he said were incriminating documents. He has been a vehement opponent of the Turkish president and organised a protest march in July, accusing Erdoğan of turning Turkey into a one-party state that stifles democracy.

A lawyer representing Erdoğan and his family, Ahmet Ozel, immediately denied the charges:
“All the documents and accusations maid by Kılıçdaroğlu are false. Kılıçdaroğlu should hand over the documents to the public prosecutor by the end of the day,” he said in a press release. The lawyer also stressed that “neither the president nor his family have any money off-shore”. 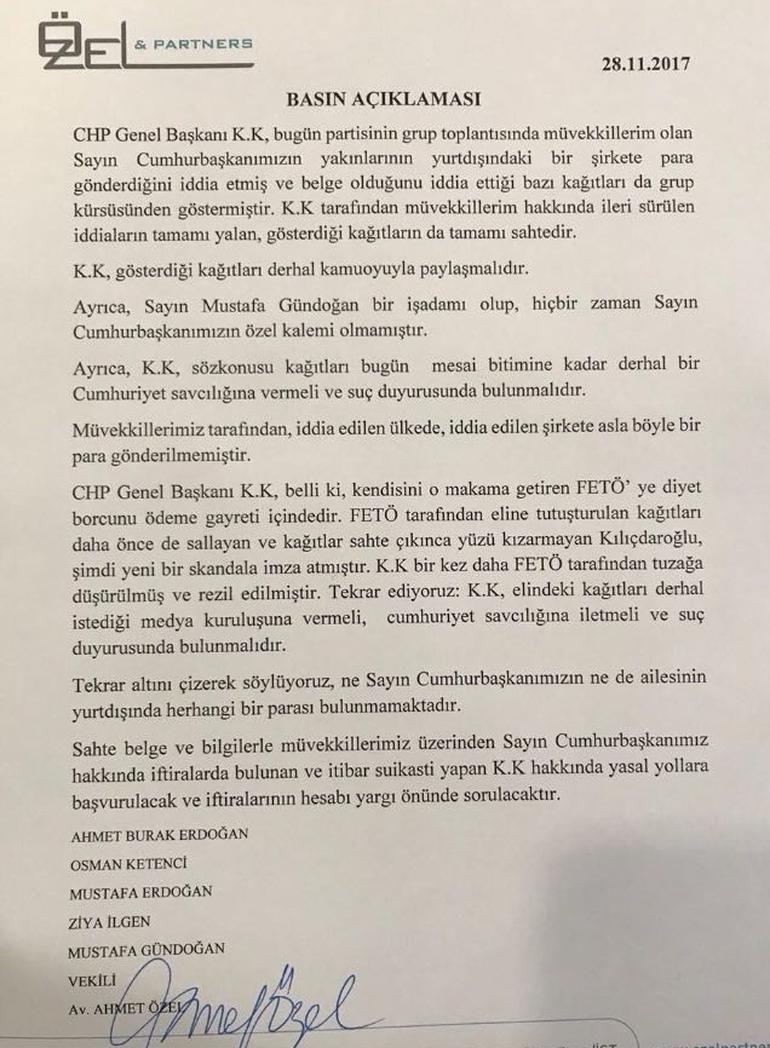 The lawyer Ahmet Ozel, representing Erdogan and his family, denied all the charges in a press release.

Kılıçdaroğlu told the party he also had SWIFT documents and bank receipts, “if you say this is not enough”.

According to a  communiqué from the CHP party, Kılıçdaroğlu said there was a tiny company founded on the Isle of Man.

“We are holding the foundation papers of that company. Do you know the founders?” he asked and continued:

The audience in the parliamentary group meeting started chanting “Resign Erdoğan” as Kılıçdaroğlu showed the documents when making his speech. Turkish state television TRT cut short its live broadcast of the party meeting.