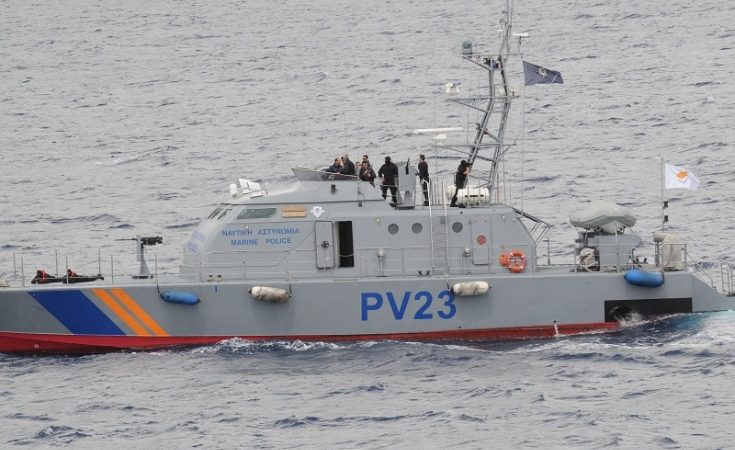 A Turkish coastguard vessel fired warning shots Friday (16 July) at a Cyprus police boat on patrol for undocumented migrants near the line of control off the island’s north coast, Cypriot media reported.

The incident came amid high tensions on the island as Turkish President Recep Tayyip Erdoğan prepares to visit the breakway Turkish Cypriot north next week to mark the anniversary of Turkey’s 1974 invasion.

Cyprus police spokesman Christos Andreou told CNA that the coastguard cutter was inside Cypriot territorial waters at 3:30 am (0030 GMT) when the incident took place.

He said the boat was on a regular patrol to check for irregular migrants as the area is a dropping-off point for migrants coming from Turkey.

“The patrol boat’s three-member crew seeing the intentions of the Turkish coastguard tried to avoid any incident and headed toward the fishing shelter at Kato Pyrgos,” he said.

“At a distance of four nautical miles from the shelter, the marine police boat received warning shots from the Turkish coastguard.

“Then, being a short distance from the shores, the Turkish coastguard left for the occupied territories” (of northern Cyprus), he said.

Tensions have been running high ahead of Erdoğan’s visit to the island next week, when he will make what Greek Cypriots see as a provocative tour of the abandoned beach resort of Varosha, which was emptied of its Greek Cypriot residents by the Turkish invasion. 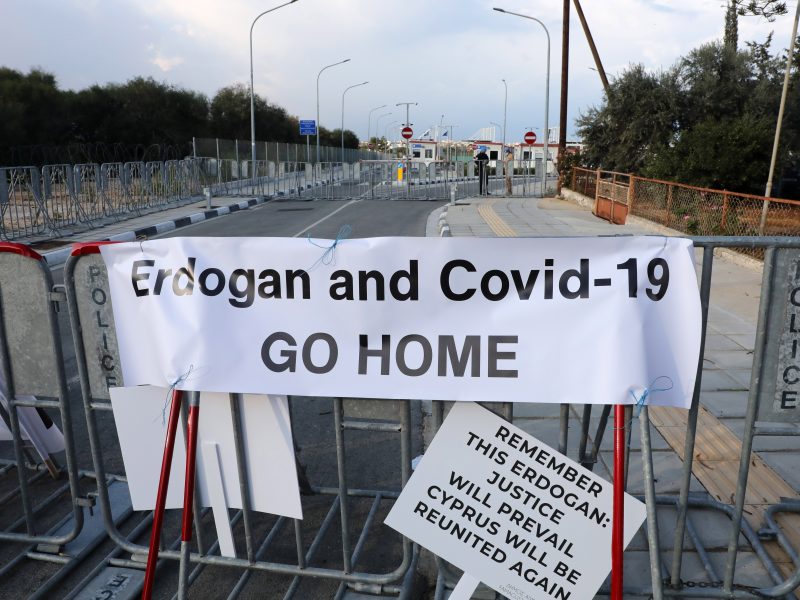 Turkey’s president said he favours a permanent “two-state” division of Cyprus during a visit Sunday to the breakaway Turkish-held north condemned as a provocation by the internationally recognised Greek-speaking south.

Cyprus police have stepped up both land and sea patrols since the government declared a “state of emergency” in May following an influx of Syrian migrants that has flooded its reception centres.

Cyprus, the European Union’s most easterly member state, has had the bloc’s highest proportion of asylum applications per capita for four consecutive years.

Nicosia has asked the EU for help preventing irregular migrant flows from Turkey before they reach Cyprus, equivalent to an arrangement for Greece agreed in 2016.

“Despite the enormous efforts by the Cypriot authorities to manage the disproportionate migratory pressures, we are still in an extremely difficult situation,” Interior Minister Nicos Nouris told reporters in June.

He said the division of the island by a 180-kilometre-long ceasefire line “creates unique conditions for the development of irregular migration”.

He said that the proportion of applicants and beneficiaries of international protection in Cyprus corresponds to four percent of the country’s population.

“Unfortunately, during the first months of 2021, the increasing irregular arrivals, especially of Syrian nationals, either by sea or land through the Green Line, indicate an alarming trend,” he said.

“The continuation of the large numbers of migration flows from Turkey is the main challenge for Cyprus.”