Tusk to Obama: Russia is trying to divide us 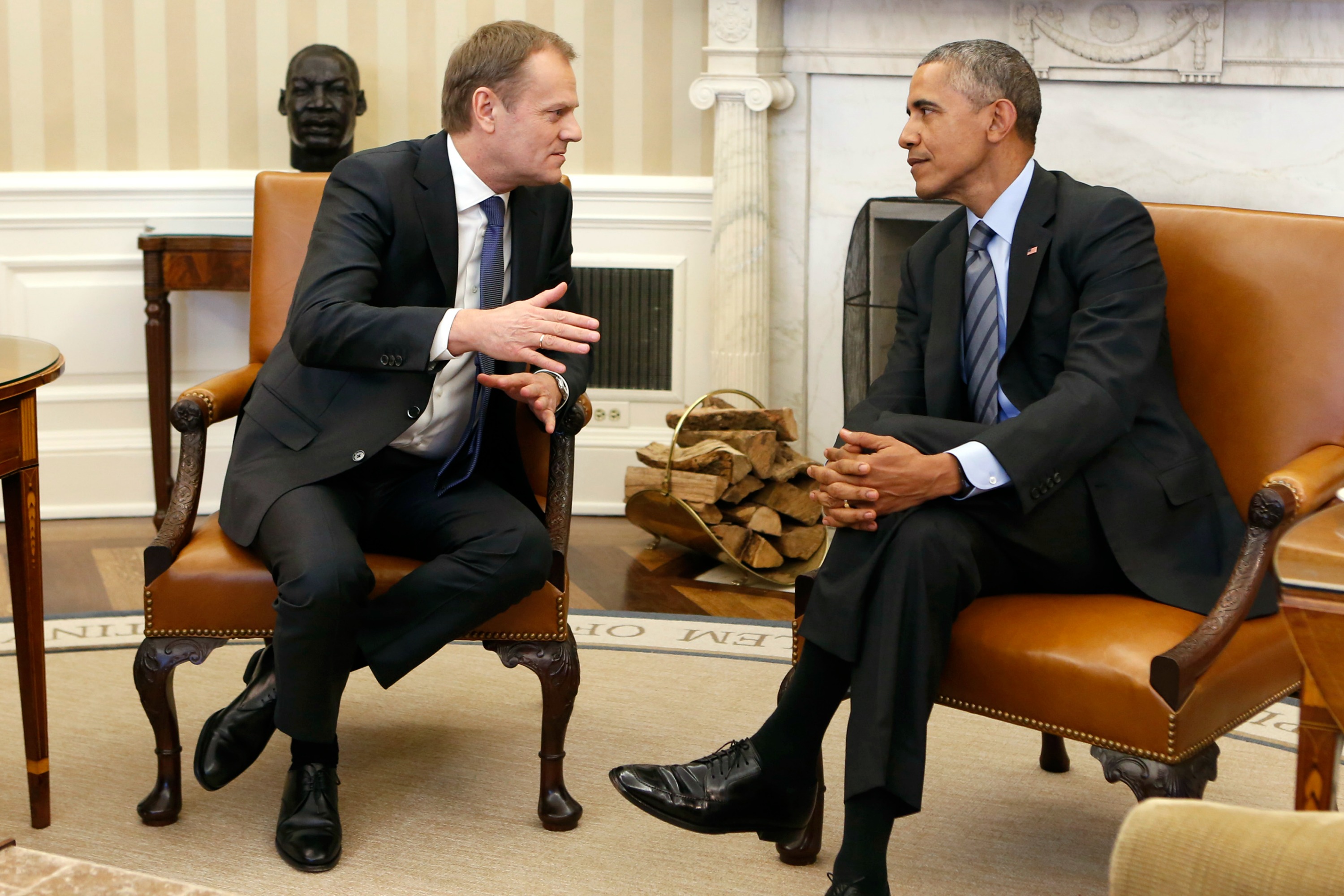 Council President Donald Tusk, who met Monday (9 March) in Washington with US President Barack Obama, said that Russia is trying to divide EU member countries, and also divide the EU from the USA.

During Tusk’s visit to the White House, reportedly both leaders stressed a tough response to Russia was needed over its role in the Ukraine crisis.

“We very much appreciate the work that has been done by Chancellor Angela Merkel and President François Hollande to establish a Minsk process, but we also know from experiences over the last year that unless we have strong monitoring and strong implementation that these agreements will be meaningless,” Obama told reporters.

“Our enemies who use propaganda against us, commit acts of violence and violate the sovereignty of our neighbours,” Tusk reportedly said.

“And this is why, I think, united we stand, divided we fall. I’m convinced it’s true.”

In a statement released ahead his meeting with Obama, Tusk said that Russia uses acts of violence, violation of the sovereignty of EU’s neighbours and is “determined to weaken the foundations of the political community of the Western world”.

“Today we can see with full clarity that they are trying to divide us, inside of Europe, as well as Europe and America,” Tusk stated.

Indeed, the latest informal meeting of EU foreign ministers in Riga on 7 March revealed deep divisions as to the extension of EU sanctions until the end of the year.

“Only when we are united, will we be able to put a stop to the aggressive policy of Russia against her neighbours. […] Thanks to the fact that we have acted together in the field of economy and common trade, did we achieve success”, Tusk said.

A number of EU countries consider that the fragile ceasefire should be given a chance before deciding whether to apply more sanctions or extending the existing ones.

Ukrainian President Petro Poroshenko said yesterday (9 March) pro-Russian rebels had withdrawn a significant amount of weaponry from the front-lines in eastern Ukraine in accordance with the three-week-old ceasefire deal.

Attacks have fallen significantly, but accusations of continued violence on both sides show the fragility of the peace accord agreed in Minsk last month, which calls for the withdrawal of heavy weapons from the frontline.

“There is a ceasefire, or there isn’t. It depends on how you look at it. We can say that we managed to halt the offensive drive of the aggressor. Ukraine has withdrawn the lion’s share of its rocket and heavy artillery systems. The Russian-backed fighters have also withdrawn a significant amount,” Poroshenko said in a televised interview.

While the Minsk agreements have been broadly observed along the front lines in the past two weeks, Kyiv has accused the rebels of continuing to fire on government positions and using the truce to regroup their forces and rearm for a further offensive, a charge the rebels deny.

The leaders of Germany, France, Russia and Ukraine gave their support to a deal to end fighting in eastern Ukraine following 17-hour negotiations in the Belarussian capital Minsk on 12 February.

The four leaders had committed to respect Ukraine's sovereignty and territorial integrity, according to a joint declaration.

Western leaders are closely oberving the implementation of the Minsk agreement.

European leaders on 2 March said that they agreed that the OSCE needed a broader role as observers of the ceasefire, and weapons removal.