Volodymyr Zelenskiy’s win was a bitter blow for incumbent Petro Poroshenko and presents a riddle for investors, the West and Russia who wonder what approach he will take on everything from relations with Moscow to the domestic banking sector.

Zelenskiy, 41, will take leadership of a country on the frontline of the West’s standoff with Russia following Moscow’s annexation of Crimea and its support for a pro-Russian insurgency in eastern Ukraine.

In Sunday’s second-round vote, Poroshenko, 53, had tried to rally voters, casting himself as a bulwark against Russian aggression and a champion of Ukrainian identity. 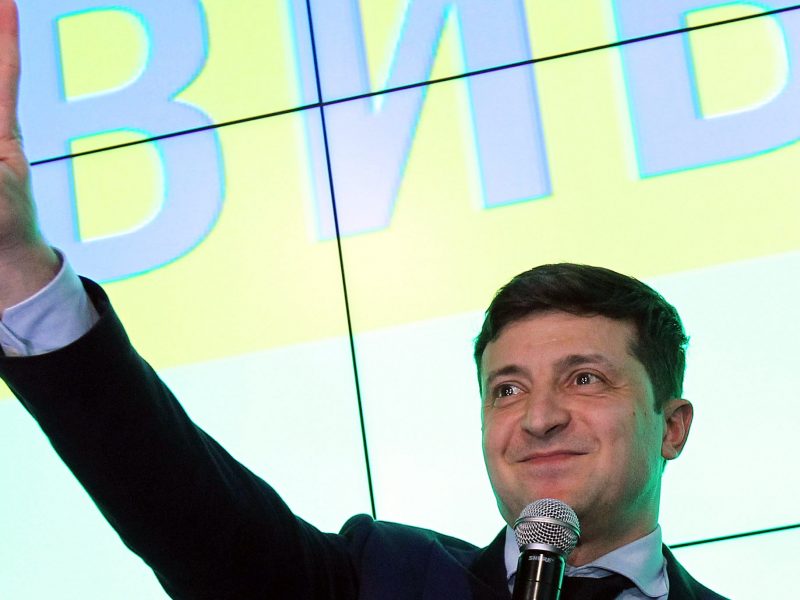 But Zelenskiy, best known for playing a fictitious president in a TV show, trounced him, winning 73% of the vote, central election commission data showed after over 99% of votes were counted.

Ukraine's election results with more than 96% of all ballots counted, according to the Central Election Commission. Graphics by @ukrpravda_news highlight landslide victory for Zelenskiy. Poroshenko won only Lviv oblast and expat vote. https://t.co/4xqXh4sXZz pic.twitter.com/VXuO4PcT0V

Oleksiy Kondrashov, a public sector utilities worker in Kiev, said the result was not an endorsement of Zelenskiy but a protest vote against Poroshenko whose pledges, such as promising to stamp out corruption, came to nothing.

“Everyone was not voting for Zelenskiy, but against Poroshenko. If someone else had made it to the second round, people would have voted for them instead,” said Kondrashov.

In a victory speech on Sunday night, Zelenskiy promised he would not let people down.

“I’m not yet officially the president, but as a citizen of Ukraine, I can say to all countries in the post-Soviet Union look at us. Anything is possible!” He is expected to take office next month.

Zelenskiy, the latest anti-establishment figure to unseat an incumbent, both in Europe and further afield, has promised to end the war in the eastern Donbass region and to root out corruption amid widespread dismay over rising prices and sliding living standards. But he has not said exactly how he plans to achieve all that.

Investors want reassurances that he will accelerate reforms needed to attract foreign investment and keep the country in a multi-billion dollar International Monetary Fund programme.

“Since there is complete uncertainty about the economic policy of the person who will become president, we simply don’t know what is going to happen and that worries the financial community,” said Serhiy Fursa, an investment banker at Dragon Capital in Kiev.

Parliament calls many of the shots in Ukraine and Zelenskiy could struggle to get lawmakers’ approval for new policies since his own party has no seats and a faction loyal to Poroshenko is the biggest force.

Zelenskiy has the right to propose certain cabinet jobs, like that of foreign minister, but much of the current government is likely to remain in place until the next parliamentary election, which is due in October.

The United States, the European Union and Russia will be closely watching Zelenskiy’s foreign policy pronouncements to see if and how he might try to end the war against pro-Russian separatists that has killed some 13,000 people.

The European Union delivered formal congratulations to Zelenskiy but made clear it expects him to pursue reforms.

A decisive day for Ukraine. Free elections and peaceful change of power = strong Ukrainian democracy. Congratulations to Volodymyr Zelensky. The EU is determined to continue its support.

Zelenskiy said on Sunday he planned to continue European-backed talks with Russia on a so-far largely unimplemented peace deal and would try to free Ukrainians imprisoned in Russia, including 24 sailors. 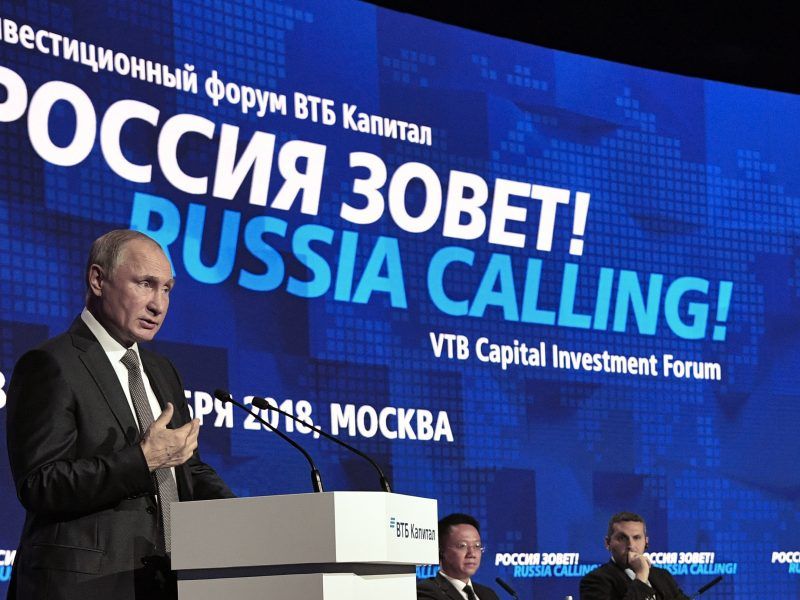 The Kremlin said it was premature to talk of President Vladimir Putin congratulating Zelinskiy or about the possibility of the two leaders working together. 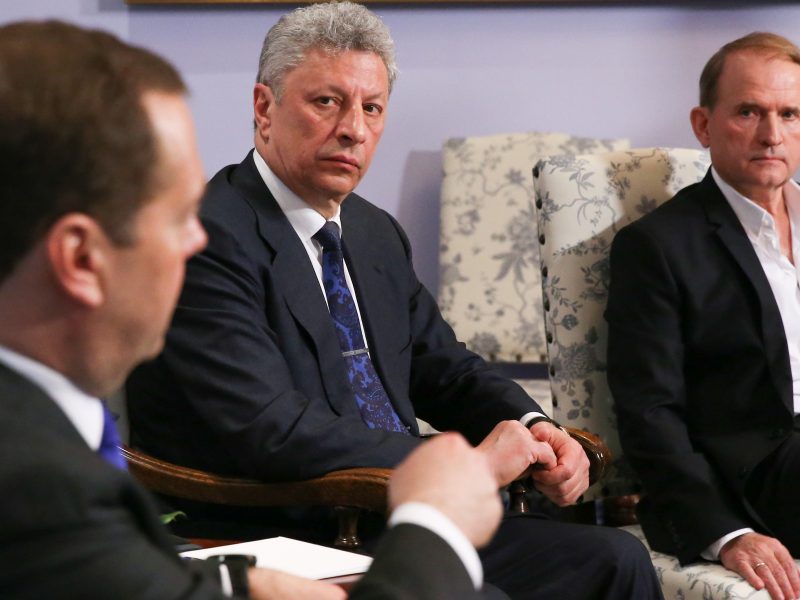 Peskov said Moscow respected the choice of the Ukrainian people, but said there was a question mark over the legitimacy of the election because Kiev did not allow some 3 million Ukrainians living and working in Russia to vote.

Zelenskiy has pledged to keep Ukraine on a pro-Western course while sounding less emphatic than Poroshenko about possible plans for the country of 42 million people to one day join the European Union and NATO.

Critics accuse the president-elect of having an excessively close relationship with powerful oligarch Ihor Kolomoisky, whose TV channel broadcasts his comedy shows.

Zelenskiy has promised not to be unduly influenced by Kolomoisky. But the fate of PrivatBank, Ukraine’s largest lender which was nationalised in 2016, is set to be one of the earliest and most important tests of that pledge.

The government wrested PrivatBank from Kolomoisky as part of a clean-up of the banking system backed by the IMF. However, a Kiev court ruled last week that the change of ownership was illegal.

Zelenskiy has repeatedly denied he would seek to hand PrivatBank back to Kolomoisky if elected, or help the businessman win compensation for the ownership change.

The IMF will also be watching closely to see if Zelenskiy will allow gas prices to rise to market levels. That is a politically sensitive issue and one Zelenskiy has been vague about.