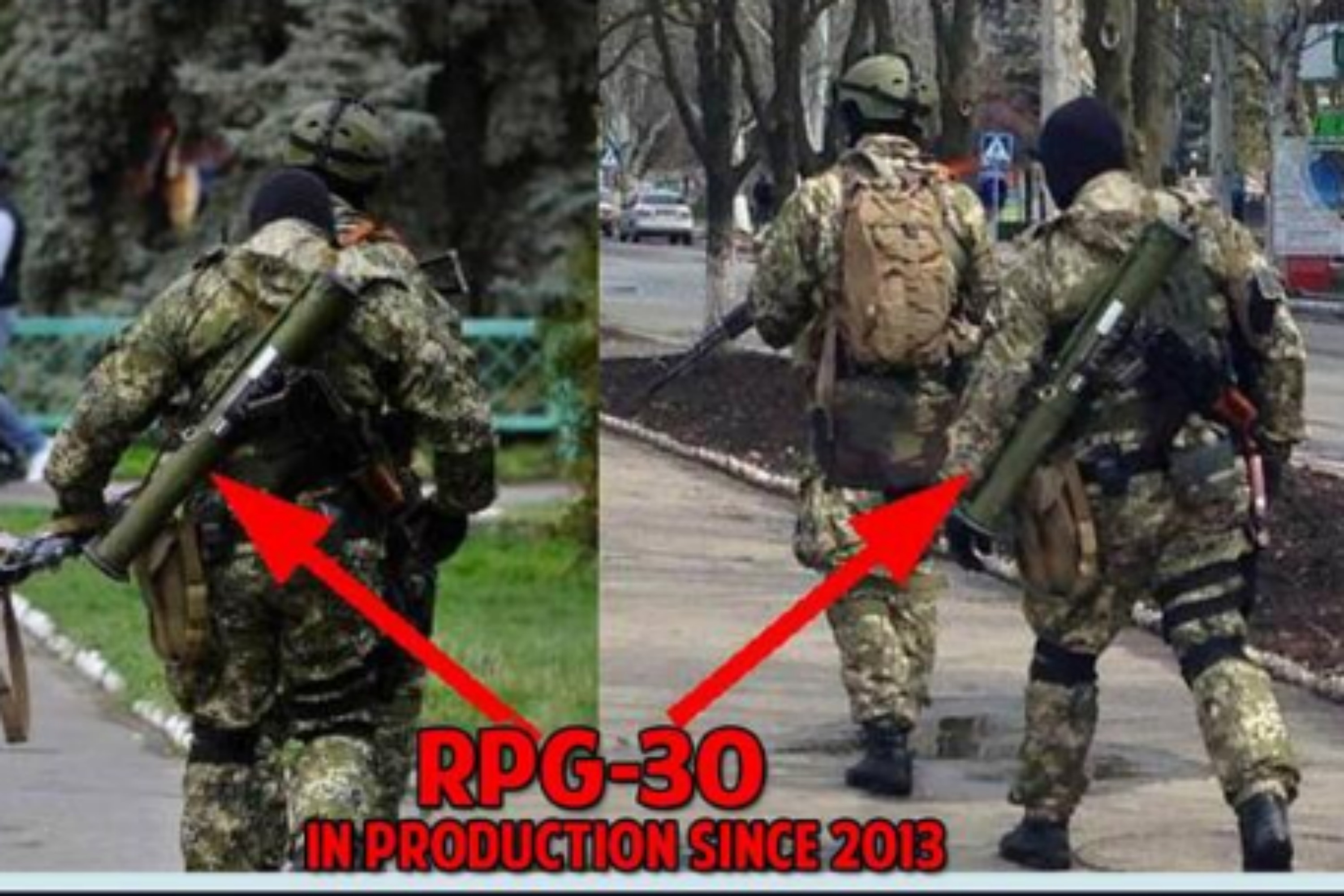 Paramiltary forces in Eastern Ukraine, bearing RPG-30s, in use only in Russia. [via Twitter]

The Mission of Ukraine to the EU made available today (16 April) information supporting what appears to be obvious: that Russian special forces are behind the actions of the paramilitary taking control of several cities in eastern Ukraine, whose uniforms have no national insignia. EURACTIV publishes the information obtained, without edits.

The Security Service of Ukraine (SBU) has valid proof of Russian special-ops troops being deployed on Ukrainian territory. Officers of the Main Intelligence Directorate of the General Staff of the Armed Forces of the Russian Federation (GRU), currently based in the Donetsk and Luhansk regions, directly coordinating insurgents, providing them with financial, material and technical support. Militants are also being coordinated via special communications equipment from the the Russian Federation. For example: