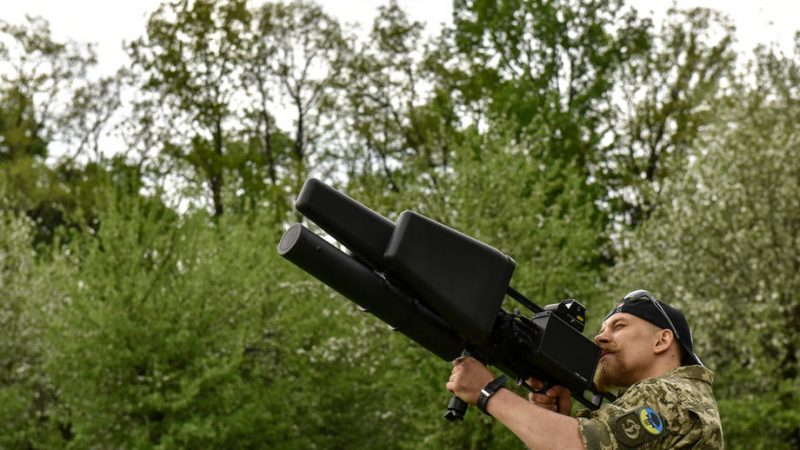 A Ukrainian serviceman showcases an anti-drone weapon in Kyiv (Kiev), Ukraine, 14 May 2022. Ukrainian forces have launched a counteroffensive near the Russian-held town of Izium in eastern Ukraine, a regional governor said. [EPA-EFE/OLEG PETRASYUK]

Ukrainian forces have launched a counteroffensive near the Russian-held town of Izium in eastern Ukraine, a regional governor said on Saturday (14 May), in what could prove a serious setback for Moscow’s plans to capture the entire Donbas region.

Russian forces have focused much of their firepower on the Donbas in a “second phase” of their invasion that was announced on 19 April, after they failed to reach the capital Kyiv from the north in the early weeks of the war.

But Ukraine has been retaking territory in its northeast, driving the Russians away from the second-largest Ukrainian city of Kharkiv. Keeping up pressure on Izium and Russian supply lines will make it harder for Moscow to encircle battle-hardened Ukrainian troops on the eastern front in the Donbas.

Russia’s defence ministry said its forces hit a series of military sites, including in the Donbas, killing at least 100 Ukrainian “nationalists.”

Reuters could not independently verify the report. Ukrainian President Volodymyr Zelenskyy said the situation in Donbas remained very difficult, adding that Russian forces were still trying to salvage some kind of victory there.

“They are not stopping their efforts,” he said.

Later Saturday, Ukraine’s Kalush Orchestra won the popular Eurovision Song Contest in Italy, a sign of how European public sentiment has swung in Kyiv’s favour since Russian forces launched an all-out assault against the country in February. 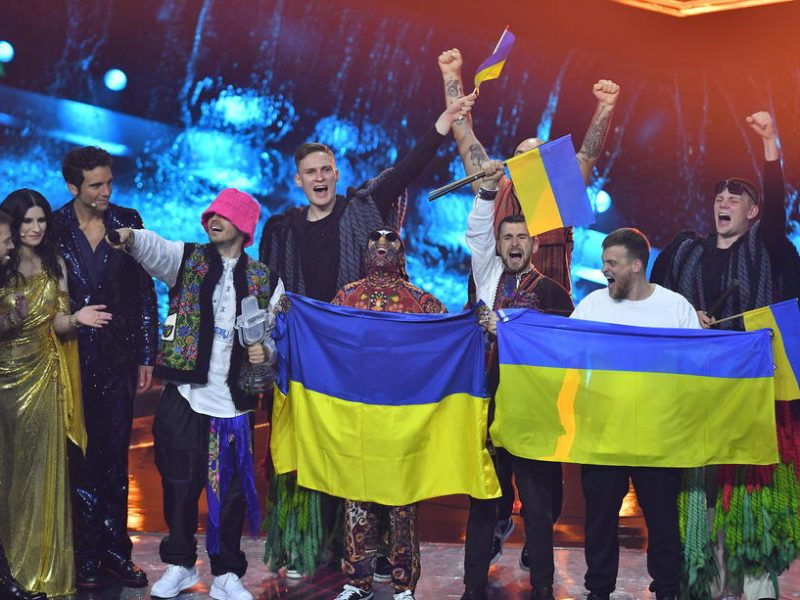 Ukraine were in fourth place based on jury voting but viewer support catapulted the country into first place.

“Our courage impresses the world, our music conquers Europe! Next year Ukraine will host the Eurovision song contest,” Zelenskyy said in an online message.

Eurovision’s winners traditionally get to host the event the following year.

In another token of international solidarity, US Republican senators paid an unannounced visit to Kyiv. The Republican delegation discussed further strengthening sanctions on Russia, Zelenskiy said.

As well as losing large numbers of men and much military equipment, Russia has been hit by economic sanctions. The Group of Seven leading Western economies pledged in a statement on Saturday to “further increase economic and political pressure on Russia” and to supply more weapons to Ukraine.

“Our armed forces have switched to a counteroffensive there. The enemy is retreating on some fronts and this is the result of the character of our armed forces,” he said.

Moscow’s invasion, which it calls a “special operation” to disarm Ukraine and protect it from fascists, has jolted European security. Kyiv and its Western allies say the fascism assertion is a baseless pretext for an unprovoked war of aggression.

The war has prompted Finland to abandon its military neutrality and seek membership of NATO (North Atlantic Treaty Organization). Sweden is widely expected to follow suit.

Finnish President Sauli Niinisto told Putin by phone that his country, which shares a 1,300 km border with Russia, wanted to join NATO to bolster its own security.

Putin told Niinisto it would be a mistake for Helsinki to abandon its neutrality, the Kremlin said, adding that the move could harm bilateral relations.

Turkish President Recep Tayyip Erdoğan said on Friday it was not possible for his country, a NATO member, to support enlarging the alliance because Finland and Sweden were “home to many terrorist organisations”. 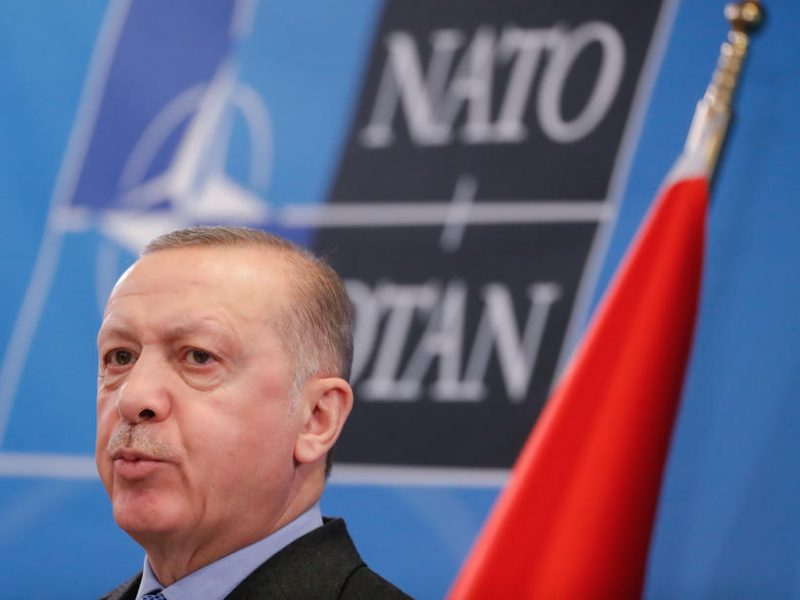 The foreign ministers of Finland and Turkey had been due to meet in Berlin later on Saturday to try to resolve their differences over NATO accession.

One of the aims of Russia’s action in Ukraine was to prevent the former Soviet republic ever joining NATO.

German Chancellor Olaf Scholz, who spoke to Putin by phone on Friday, said he detected no sign of any change in the Russian leader’s thinking on the conflict.

In an interview for the t-online news website published on Saturday, Scholz said Western sanctions on Russia would remain in place until it reached an agreement with Ukraine, adding: “Our aim is for this invasion to fail.”

In their statement, the G7 ministers – from the United States, Japan, Germany, Britain, France, Italy and Canada – also pledged to “expedite our efforts to reduce and end reliance on Russian energy supplies”.

Russian Foreign Minister Sergei Lavrov said the West’s sanctions amounted to a “total hybrid war” against Moscow but Russia would withstand sanctions by forging deeper partnerships with China, India and others.

Meanwhile complex talks are still underway to find a way to evacuate a large number of wounded soldiers from a besieged steel works in the port of Mariupol in return for the release of Russian prisoners of war.

Mariupol, which has suffered the heaviest fighting in nearly three months of war, is now in Russian hands but hundreds of Ukrainian fighters are still holding out at the Azovstal steel works despite weeks of heavy Russian bombardment.

Erdoğan’s spokesman said Turkey had two weeks ago proposed carrying out a maritime evacuation of wounded fighters from the plant. The proposal remains “on the table” although Moscow has not agreed to it, he said.

A large convoy of cars and vans carrying refugees from the ruins of Mariupol arrived in the Ukrainian-controlled city of Zaporizhzhia after nightfall on Saturday after waiting days for Russian troops to allow them to leave.

Refugees first had to get out of Mariupol and then somehow make their way to Berdyansk – some 80 km further west along the coast – and other settlements before the 200 km drive northwest to Zaporizhzhia.

“My parents’ house was hit by an aerial strike, all the windows got blown out,” said Yulia Panteleeva, 27, who along with other family members had been absent.

“I can’t stop imagining things that might happen to us if we stayed at home,” she said.