Ukraine war on the brink of sparking world energy conflict 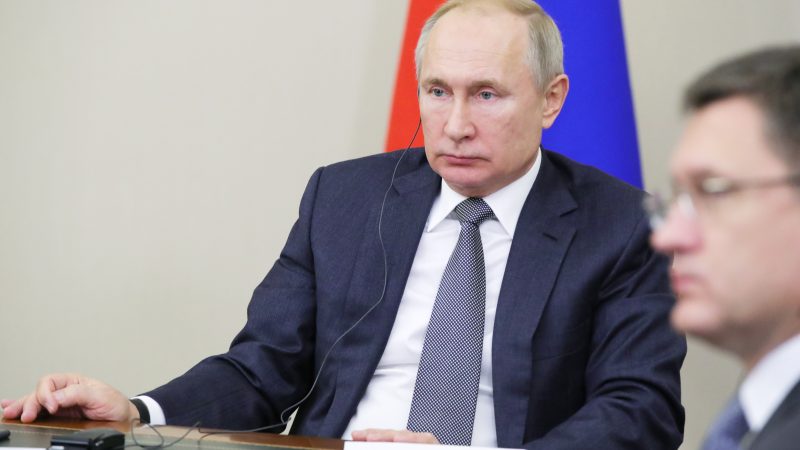 File photo. Russian President Vladimir Putin (L) and Russian Energy Minister Alexander Novak (R) attend via video-link an official ceremony to launch Russian natural gas supplies to China via the Power of Siberia pipeline (the eastern route) , in the Black sea resort of Sochi, Russia, 2 December 2019. Novak said on 7 March 2022 that Russia had "every reason" to impose a gas embargo as retaliation to the US decision of stopping Russian oil purchases. [Kremlin pool/EPA/EFE]

Fears of an energy war between Russia and the West grew on Tuesday (8 March) after the United States pushed its allies to ban Russian oil imports as punishment for Moscow’s invasion of Ukraine, where talks on humanitarian corridors made little progress.

Russia warned it could stop the flow of gas through pipelines from Russia to Germany in response to Berlin’s decision last month to halt the opening of the controversial new Nord Stream 2 pipeline. Russia supplies 40% of Europe’s gas.

“We have every right to take a matching decision and impose an embargo on gas pumping through the Nord Stream 1 gas pipeline,” Russian Deputy Prime Minister Alexander Novak said on Monday.

Novak also warned that oil prices could more than double to $300 a barrel if the United States and its allies banned imports of Russian oil, a crucial source of revenue after the country was effectively frozen out of Western financial markets.

Analysts at Bank of America however said that if most of Russia’s oil exports were cut off there could be a shortfall of 5 million barrels per day (bpd) or more, pushing prices as high as $200.

US President Joe Biden held a video conference call with the leaders of France, Germany and Britain on Monday as he pushed for their support to ban Russian oil imports.

The European Union could wean itself off Russian gas within years and start curbing its reliance within months, the European Commission’s climate policy chief said on Monday.

EU climate policy chief Frans Timmermans said the plans would “substantially reduce our dependency on Russian gas already this year, and within years will make us independent of the import of Russian gas.”

In addition to being a major supplier of oil and gas, Russia is also the world’s largest grains and fertilisers exporter and a top producer of palladium, nickel, coal and steel. The bid to exclude its economy from the trading system will hit a wide range of industries and add to global food security fears. 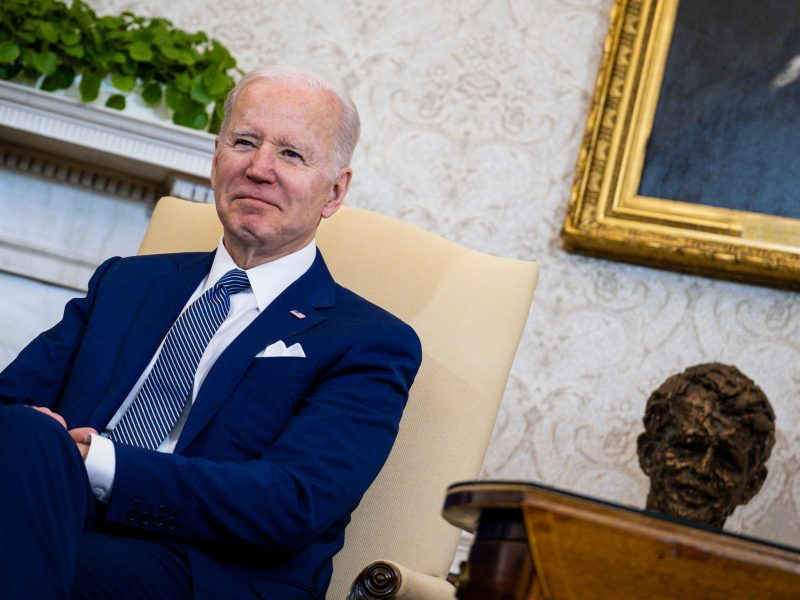 What would a US ban on Russian oil mean for the world?

The possibility that the United States might ban Russian oil imports has triggered a surge in Brent crude to almost $140 a barrel, its highest level since 2008.

The Bulgarian Prime Minister Kiril Petkov said in the meantime that due to its heavy dependence on Russian oil and gas, his country would seek an exemption in case of new EU sanctions targeting the energy sector. 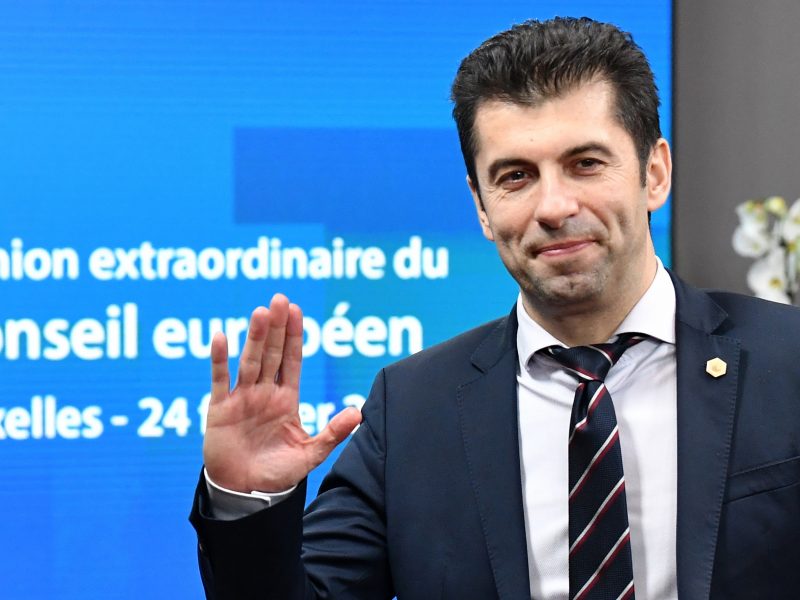 Bulgaria supports sanctions on Russia as a means to halting its invasion of Ukraine, but will likely seek an exception on banning Russian natural gas and oil imports if such a proposal is put forward, Prime Minister Kiril Petkov said.

But if need be, the United States was willing to move ahead without allies in Europe, two people familiar with the matter told Reuters. Many countries on the continent are heavily reliant on Russian energy.

Russia’s invasion, the biggest attack on a European state since World War Two, has created 1.7 million refugees, a raft of sanctions on Moscow, and fears of wider conflict as the West pours military aid into Ukraine.

Ukraine’s military intelligence said on Tuesday that Ukrainian forces killed a Russian general near the besieged city of Kharkiv, the second Russian senior commander to die in the invasion.

Russia’s defence ministry could not be immediately reached for comment and Reuters could not verify the report.

Japan tightened its sanctions on Tuesday, freezing the assets of an additional 32 Russian and Belarusian officials and executives of companies with close ties to the government.

Estee Lauder Companies Inc joined a long list of firms exiting Russia, suspending all commercial activities and closing all its stores in the country.

Sieges and the bombing continued as Kyiv rejected possible humanitarian corridors to Russia and Belarus, but said some limited progress had been made on agreeing logistics for the evacuation of civilians. 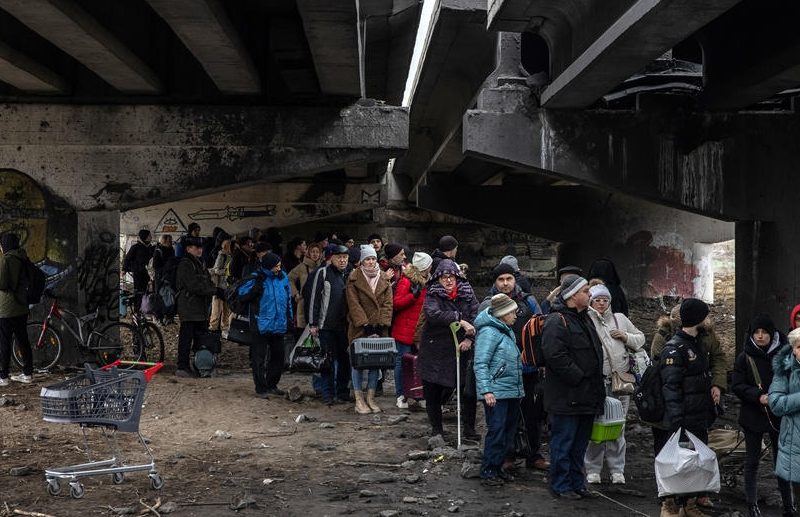 Russia announced new “humanitarian corridors” on Monday (7 March) to transport Ukrainians trapped under its bombardment – to Russia itself and its ally Belarus, a move immediately denounced by Kyiv as an immoral stunt.

In the city of Irpin, on the northwest edge of Kyiv, fleeing residents ran with their young children in strollers, or cradling babies in arms, while others carried pet carriers, and plastic bags and suitcases.

“It’s like a disaster, the city is almost ruined, and the district where I’m living, it’s like there are no houses which were not bombed,” said one young mother, holding a baby beneath a blanket, while her daughter stood by her side.

“Yesterday was the hardest bombing, and the lights and sound is so scary, and the whole building is shaking.”

Besides corridors to Russia, Moscow has proposed giving the residents of the Ukrainian cities of Sumy and Mariupol the choice of moving elsewhere in Ukraine on Tuesday, setting a deadline in the early hours for Kyiv to agree, Russian news agencies reported.

More than 1.7 million Ukrainians have fled to Central Europe since the conflict began on 24 February, the United Nations refugee agency said on Monday.

After the third attempt to ease the bloodshed at talks in Belarus, a Ukrainian negotiator said that although small progress on agreeing logistics for the evacuation of civilians had been made, things remained largely unchanged.

A Russian strike on a bread factory killed 13 in the town of Makariv in the Kyiv region, Ukrainian officials said. Reuters could not verify the details. Russia denies targeting civilians.

In the encircled southern port city of Mariupol, hundreds of thousands of people remained trapped without food and water under regular bombardments.

In the eastern city of Kharkiv, police said the death toll from the Russian bombardment was 143 since the start of the invasion. It was not possible to verify the toll.

Ukraine said on Monday its forces had retaken control of the town of Chuhuiv in the northeast after heavy fighting and of the strategic Mykolayiv airport in the south. Neither could immediately be verified.

A senior US defence official said Putin had now deployed into Ukraine nearly 100% of the more than 150,000 forces that he had pre-staged outside the country before the invasion.