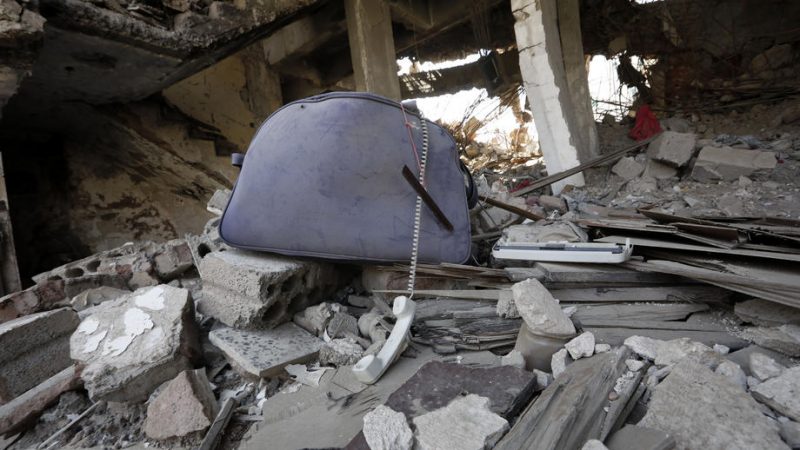 The ambassador was told the destruction of civilian targets is a war crime and that Slovenia planned to notify international organisations such as the UN, OSCE, CoE and NATO of the “inadmissible act,” the foreign ministry said. [EPA-EFE/YAHYA ARHAB]

Bahrain, Russia and other members of the UN Human Rights Council pushed through a vote on Thursday (7 October) to shut down the body’s war crimes investigations in Yemen, in a stinging defeat for Western states who sought to keep the mission going.

Members narrowly voted to reject a resolution led by the Netherlands to give the independent investigators another two years to monitor atrocities in Yemen’s conflict.

It marked the first time in the council’s 15-year history that a resolution was defeated.

The independent investigators have said in the past that potential war crimes have been committed by all sides in the seven-year conflict that has pitted a Saudi-led coalition against Iran-allied Houthi rebels. 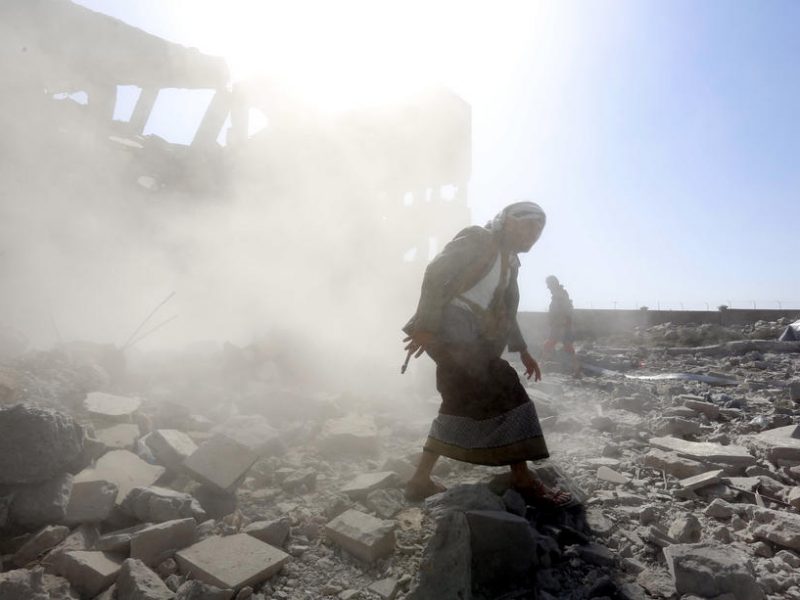 More than 100,000 people have been killed and 4 million have been displaced, activist groups say.

Dutch ambassador Peter Bekker said the vote was a major setback. “I cannot help but feel that this Council has failed the people of Yemen,” he told delegates.

“With this vote, the Council has effectively ended its reporting mandate, it has cut this lifeline of the Yemeni people to the international community.”

“We will continue to press for accountability in Yemen, a place … in which civilians have seen repeated crimes committed against them,” Dujarric said.

Ambassador Katharine Stasch, Germany’s ambassador to the UN in Geneva, told the council: “While we acknowledge the (Saudi-led) coalition’s efforts to investigate civilian casualty claims through the joint incidents assessment team, we are convinced that it is indispensable to have a UN-mandated international, independent mechanism working towards accountability for the Yemeni people.”

The kingdom is not a voting member of the UN Human Rights Council and its delegation did not respond to Reuters’ requests for comment.

During the debate, Bahraini ambassador Yusuf Abdulkarim Bucheeri said that the international group of investigators had “contributed to spreading misinformation about the situation on the ground” in Yemen.

In the vote called by Saudi ally Bahrain, 21 countries voted against the Dutch resolution including China, Cuba, Pakistan, Russia, Venezuela and Uzbekistan. Eighteen including Britain, France and Germany voted to support it.

There were seven abstentions and Ukraine’s delegation was absent. The United States only has observer status.

Radhya Almutawakel, chairperson of the independent Yemeni activist group Mwatana for Human Rights, said she was deeply disappointed by the result.

“By voting against the renewal of the GEE today, UN member states have given a green light to warring parties to continue their campaign of death and destruction in Yemen,” she said, referring to the investigators known as the Group of Eminent Experts.

John Fisher of Human Rights Watch said that the failure to renew the mandate was “a stain on the record of the Human Rights Council”.

“By voting against this much-needed mandate, many states have turned their back on victims, bowed to pressure from the Saudi-led coalition, and put politics before principle,” he said.