A Hungarian police officer patrols the enlarged barbed wire transit zone set up for migrants at the Hungary's southern border with Serbia near Tompa, on 6 April 2017. [EPA/SANDOR UJVARI]

UN expert Felipe González Morales spent eight days in Hungary to monitor the human rights situation of migrants. According to him, migrants in Hungary are being instrumentalised for political purposes.

“Migrants are portrayed as dangerous enemies in both official and public discourses in this country,” Morales said, calling on Hungarian authorities to end their “crisis” approach.

Prime Minister Viktor Orbán was re-elected in 2018 on a strong anti-migration agenda. He has been one of the most vocal opponents of migration in the EU, which peaked in 2015, when Hungary put up a fenced wall on its borders.

Migrants have in Hungary been associated with security threats and terrorism. According to Morales, this security-oriented approach does not consider migrants’ human rights and led the government to adopt measures that are disproportionate to the current situation.

Hungary was one of the main crossing points for migrants and its “crisis situation”, in place since 2015, will last until 7 September 2019. The government may extend the “crisis situation period” for another six months as it has already done before.

Hungary became part of the EU during the 2004 “big bang” enlargement. The country is also part of the Visegrád Group, a cultural and political alliance, together with fellow EU states Poland, Slovakia and the Czech Republic.

There are two transit zones on the border with Serbia and they are the only places where asylum seekers can submit their asylum applications. These holding camps are also designed as accommodation and applicants must stay there for the entire duration of the asylum procedure.

In transit zones at Röszke and Tompa, on the border with Serbia, there were around 280 people at the time of Morales’ visit. More than 60% of those in transit zones were children and many of them have been detained for over a year.

Morales said the fact that It was possible to leave these zones only in the direction of Serbia, together with the razor-sharp barbed wire fence around the perimeter, reminded Morales of detention camps.

Appalling report by the UN Special Rapporteur on the human rights of migrants from his visit to what appears to be concentration camps in Hungaryhttps://t.co/haGZEmnTc6

A spokesman for Orbán dismissed Morales’ report. Migration is a security risk, he insisted, saying illegal migration must be stopped.

“The border fence stays right where it is. It ensures the security of Hungarian people,” said Zoltan Kovacs, spokesperson of Hungarian Prime Minister Viktor Orbán.

“Morales criticises Hungary for calling this a migration crisis – calling it by name, saying what it really is. There are 30-35 million people on Europe’s southern and eastern borders who could embark on a journey to Europe at any time,” Kovacs said.

The UN expert described concerns about the detention conditions in these transit zones, especially about the inappropriate medical and psychological care.

“Based on the information collected during my visit, a doctor is only present in the transit zones a few hours a day. There is no gynaecologist or paediatrician, while a large percentage of the asylum seekers are women and children. Women and children with serious chronic diseases and cancer remain untreated for months,“ Morales wrote.

He urged Hungary to end the practice of administrative detention of children and suggested an alternative – the Open Asylum Reception Centre in Vámosszabadi, which has a capacity between 200 and 300 people and is currently occupied only by 11 individuals. 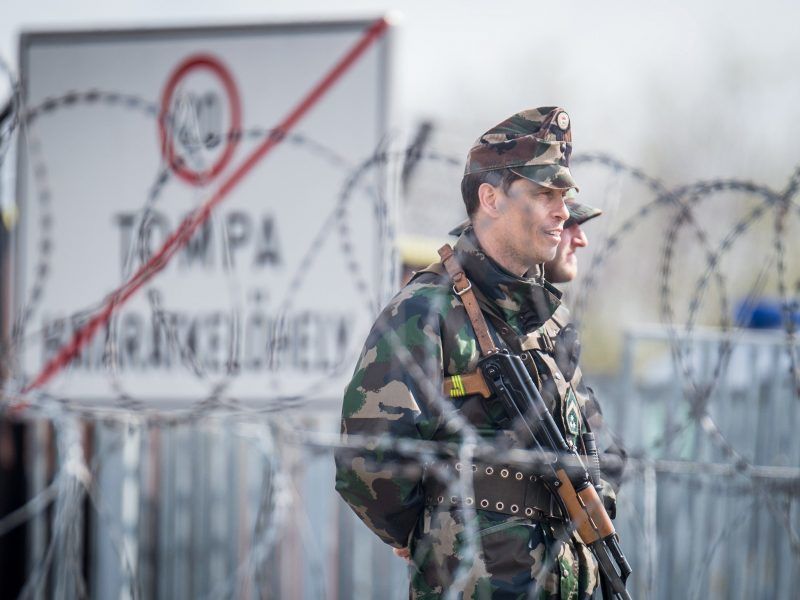 Hungary must provide food to rejected asylum seekers held in detention camps on its border who are appealing the decision, the European Court of Human Rights (ECHR) said on Thursday (23 August).

At a session of the UN Economic and Social Council in New York, Hungarian Foreign Minister Peter Szijjarto slammed as “unacceptable” a proposal that would mandate countries to provide illegal migrants with health care equal to that available to nationals.

Szijjarto argued that illegal migrants should not be entitled to the same level of health care as those who have been “honest taxpayers”.

Morales also expressed his doubts about the proper functioning of the law. Asylum seekers are given only three days to submit an appeal against a rejection decision.

“Asylum seekers are not given an actual chance to appear before a judge, neither physically nor through video. There is a designated container as a court at each transit zone, none of the asylum seekers to whom I had spoken have been to this container or seen a judge, including those who have been there for over a year,” Morales said.