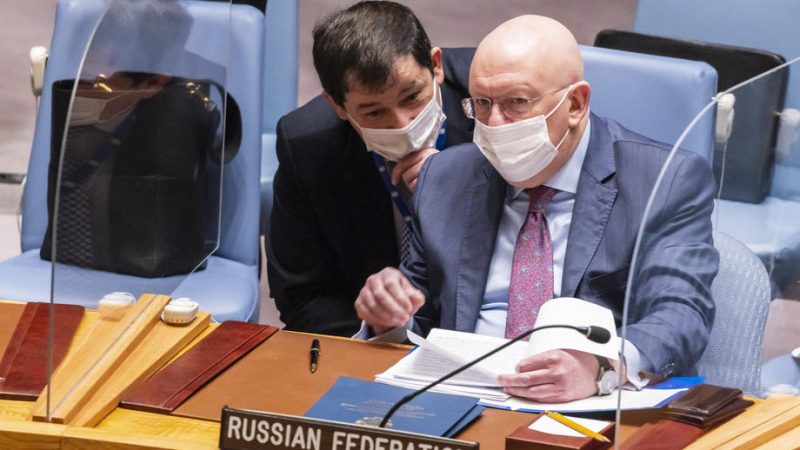 Russia's Ambassador to the UN Vassily Nebenzia (R) talks with Deputy Ambassador Dmitry Polyanskiy (L) before the start of a United Nations Security Council meeting related to Russia's ongoing invasion of Ukraine at United Nations headquarters in New York, New York, USA, 11 March 2022. Russia requested a meeting to discuss what Moscow claims are "the military biological activities of the US on the territory of Ukraine" this allegation has not been backed up with evidence and has been refuted by the United States and Ukraine. [EPA-EFE/JUSTIN LANE]

The United Nations on Friday said it had no evidence Ukraine had a biological weapons program while Washington and its allies accused Russia of spreading the unproven claim as a possible prelude to launching its own biological or chemical attacks.

Russia called the meeting of the 15-member UN Security Council to reassert through its envoy Vassily Nebenzia, without providing evidence, that Ukraine ran biological weapons laboratories with US Defense Department support.

Member countries called the claim “a lie” and “utter nonsense” and used the session to accuse Russia of deliberately targeting and killing hundreds of civilians in Ukraine, assertions that Russia denies in a 15-day offensive it calls “a special military operation.”

Izumi Nakamitsu, the UN High Representative for Disarmament Affairs, told the council the United Nations is “not aware” of any biological weapons program in Ukraine, which joined an international ban on such arms, as has Russia and the United States along with 180 other countries.

Under a 2005 agreement, the Pentagon has assisted several Ukrainian public health laboratories with improving the security of dangerous pathogens and technology used to research. Those efforts have been supported by other countries and the World Health Organization.

The WHO told Reuters on Thursday that it had advised Ukraine to destroy high-threat pathogens housed in its public health laboratories to prevent “any potential spills” that would spread disease among the population.

The US envoy to the United Nations, Linda Thomas-Greenfield, said Washington was “deeply concerned” that Russia called the session as a “false flag effort” to lay the groundwork for its own use of biological or chemical weapons in Ukraine. 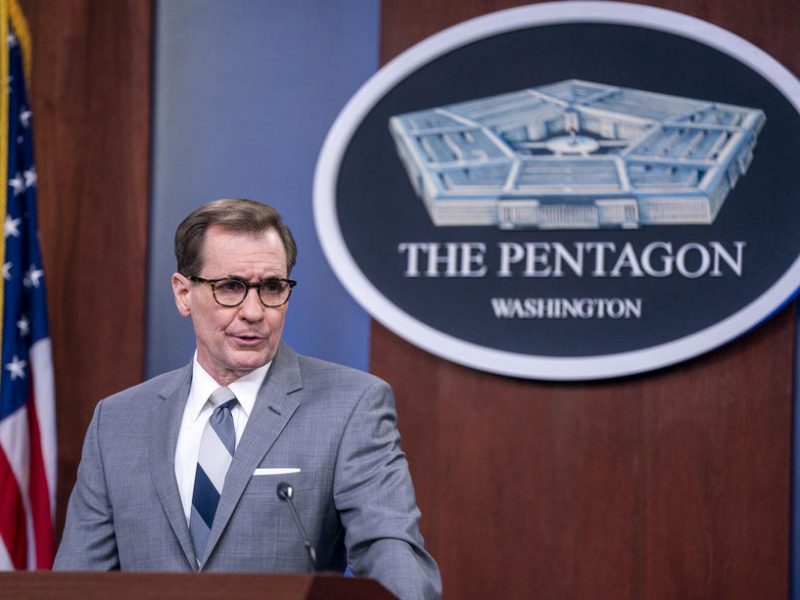 US dismisses as ‘laughable’ Russian claims of biowarfare labs in Ukraine

The United States on Wednesday (9 March) denied renewed Russian accusations that Washington was operating biowarfare labs in Ukraine, calling the claims “laughable” and suggesting Moscow may be laying the groundwork to use a chemical or biological weapon.

Although she provided no evidence of an imminent Russian threat during the meeting, she said: “Russia has a track record of falsely accusing other countries of the very violations that Russia itself is perpetrating.”

She added: “We have serious concerns that Russia may be planning to use chemical or biological agents against the Ukrainian people.

“The intent behind these lies seems clear, and it is deeply troubling,” she said. “We believe Russia could use chemical or biological agents for assassinations, as part of a staged or false flag incident, or to support tactical military operations.”

The United States used the assertion, which turned out to be false, to justify its 2003 US invasion of Iraq.

Answering the Russian envoy, Thomas-Greenfield said: “I know that you expect me to respond but we’re not going to give any more airtime to the lies that you’re hearing today.”

US allies echoed Thomas-Greenfield’s concerns that Russian President Vladimir Putin’s government was spreading the claim of a US-backed bioweapons program in Ukraine to prepare its own chemical or biological attacks in Ukraine.

“The council should not be served with fantasies or starry-eyed stories, but with proof independently verified and collaborated,” said Ferit Hoxha, the ambassador of NATO member Albania.

“We should therefore be very worried that in spreading such disinformation, a crescendo of allegations about weapons of mass destruction could serve as yet another pretext for Russia to prepare the ground and use chemical or biological weapons during its ongoing invasion of Ukraine,” he said.

French Ambassador Nicholas de Rivière noted, as did several other envoys, that Russia allegedly used a nerve agent in failed attempts to kill jailed opposition leader Alexei Navalny and a former Russian intelligence officer, Sergei Skripal, who defected to Britain, and his daughter.

Speaking to reporters earlier on Friday, US President Joe Biden warned Russia that it would pay a “severe price” if its military should use chemical weapons against Ukraine.