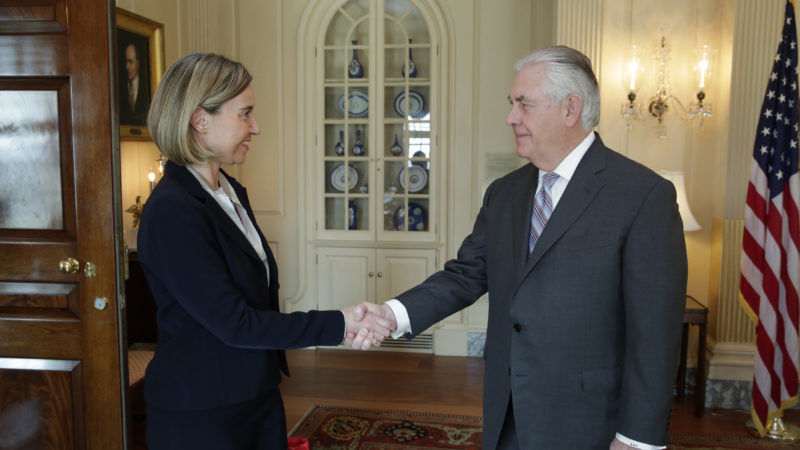 US Secretary of State Rex Tillerson tried on Tuesday to shrug off doubts about his future and reassure Washington’s European allies of the strength of trans-Atlantic ties.

In Brussels for talks with EU and NATO leaders, Tillerson was confronted by mounting concern that President Donald Trump’s “America First” agenda has weakened the alliance.

But the former oilman was working with one eye looking back over his shoulder to Washington, after leaked reports last week from Trump’s White House suggested his own job was on the line.

European leaders were already frustrated that Trump has undermined the hard-fought Iran nuclear deal, which they see as key to preventing a Middle East arms race.

Now they are concerned that Trump is considering declaring Jerusalem to be the capital of Israel, a move that would provoke Arab protest and undermine hopes of a revived peace process.

Tillerson put a brave face on the criticism in his first meeting of the day – one with his own US staff from the Brussels missions to the EU, NATO and Belgium. 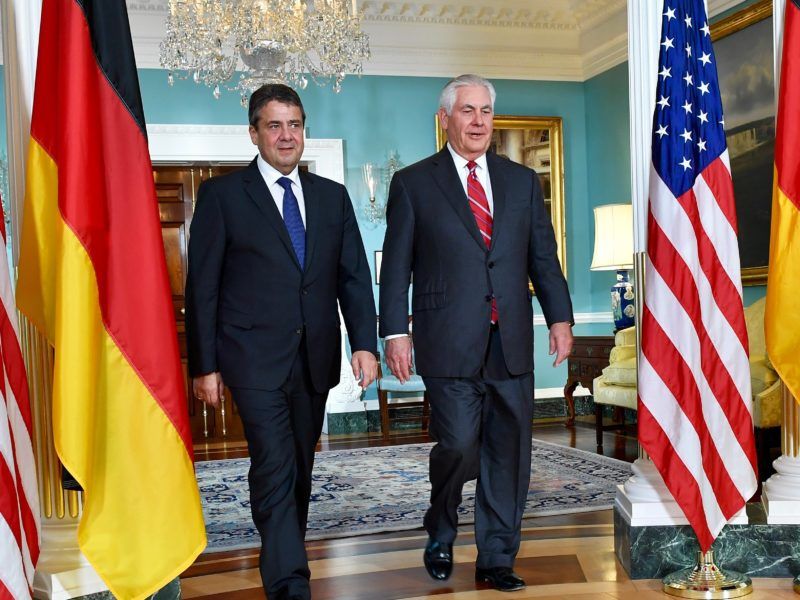 He promised “quick wins” from his efforts to streamline State Department decision-making and cut costs, but acknowledged that diplomatic successes have been slow in coming.

“The State Department is not missing a beat,” he said, lavishing praise on the “acting” officials running the department as he struggles to recruit new leadership.

“While we don’t have any wins on the board yet, I can tell you we’re in a much better position to advance America’s interests around the world than we were 10 months ago.”

“The State Department is not missing a beat,” Secretary Tillerson says at US Embassy in Brussels, where there’s no US ambassador to EU or Belgium

But after he left the US mission and arrived at the EU and then the NATO headquarters for talks with his counterparts, he faced a sterner reception.

Appearing with EU foreign policy chief Federica Mogherini after talks, Tillerson made only a brief statement and refused to acknowledge questions.

Jerusalem, she said, should be the “future capital” to two Israeli and Palestinian states and its status must be decided by peace negotiations between the parties.

“We believe that any action that would undermine this effort must absolutely be avoided,” she said.

And she was just as firm on Trump’s hopes of reopening the Iran nuclear deal to include measures to contain Tehran’s other provocative activities in the Middle East.

Europe’s willingness to discuss measures against Iran’s missile program and support for militia groups relies on Washington’s “continued implementation of the nuclear deal”, she said.

After what she called a “very frank discussion” with Tillerson, Mogherini indicated she felt the EU was getting through to the Americans on the deal. 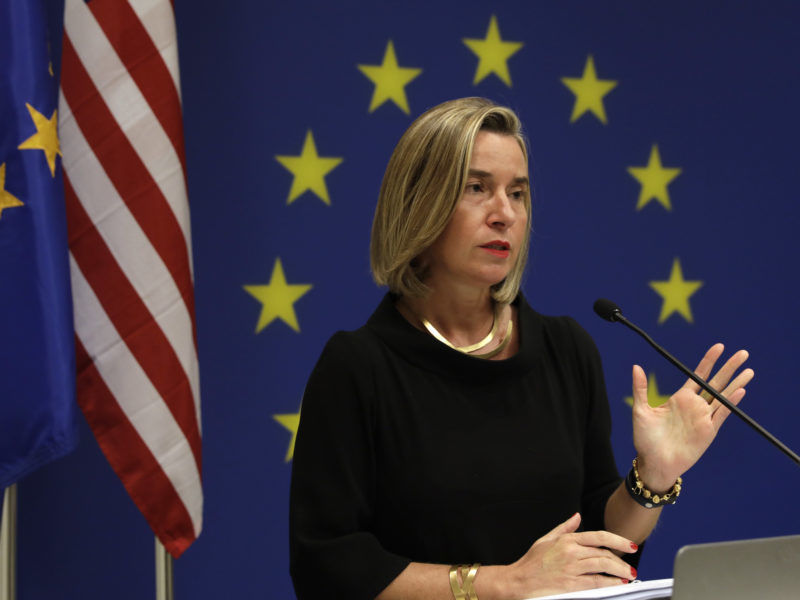 Asked whether the meeting had been frosty, senior Tillerson aide RC Hammond told reporters: “Allies have been very frank in sharing some of their views. Dialogues only work if they go two ways.”

Tillerson has other issues to discuss with the allies, in particular the US desire to see them do more to force North Korea to negotiate an end to its nuclear arms build-up.

US officials are full of praise for Europe’s support for tougher sanctions on Pyongyang, but want Europe to step up efforts to get China to rein in its neighbour.

Tillerson will also press the allies on Trump’s main issue with NATO: Washington wants member states to pay for more of the burden of mutual defence themselves.

The US is also frustrated by the slow pace of Brexit talks, as it wants London and Brussels to finalise their own trade arrangements before trans-Atlantic talks can advance.

And Tillerson wants to rally the allies against Russia’s intervention in Ukraine, pushing them to maintain sanctions and to reconsider European pipeline deals with Moscow.

But the diplomat’s efforts on all these fronts are hampered by deep European distrust of his unpredictable boss.

Germany’s Foreign Minister Sigmar Gabriel, speaking in Berlin before setting off for Brussels, painted a picture of a widening rift in the formerly solid alliance.

Gabriel said Trump’s administration had taken an “extraordinary distance” from its traditionally close relationship with Europe, which it now increasingly views as a “competitor or economic rival” rather than an ally.

And he warned those hoping to wait out the Trump years: “US withdrawal is not just about a single president, it won’t change fundamentally with the next election.”