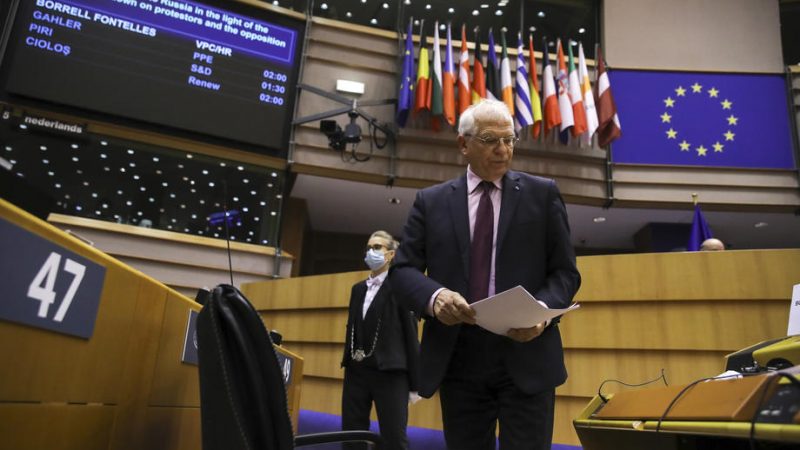 “It will be for the member states to decide the next step, but yes, this could include sanctions, and I will put forward concrete proposals using the right of initiative that the high representative has,” Borrell told the European Parliament.

The EU’s chief diplomat also added that such efforts could also include measures against disinformation, cyber-attacks and other possible hybrid action.

Despite contrary calls from across the bloc, the EU has so far held off from imposing fresh sanctions on Russian officials in response to the detention of Navalny, but the tide could be turning after the recent worsening of tensions and the outcomes of the trip as calls across the bloc grow for more decisive action.

His appearance in front of EU lawmakers in Brussels came five days after a defeating trip to Moscow, after which the EU’s chief diplomat admitted that relations between the EU and Russia have hit rock bottom.

While repeating his defence points about the intention to examine deteriorating EU-Russia relations first hand on his diplomatic visit, Borrell did however not make a mea culpa for not having been able to react to Lavrov ‘provocative choreography’ during the press conference. 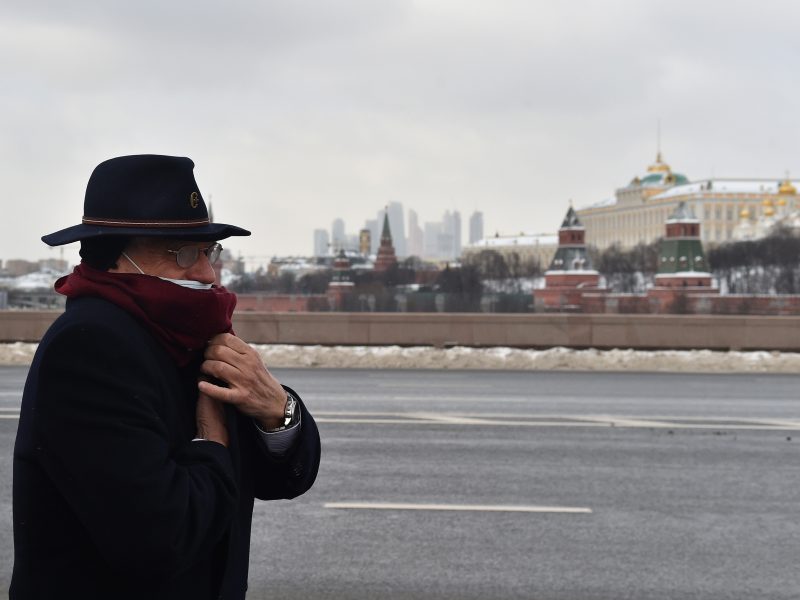 Instead, Borrell repeated his defence lines from the past few days, saying he had “taken an obvious risk”, but reiterated he wanted to “deliver the criticism over Navalny personally”.

In addition, he said before the EU summit on EU-Russia relations scheduled for March, he had wanted to explore whether the Russian government is interested to undo the deterioration in the relationship that has been going on for years

“The answer was clear: no, it is not,” Borrell said, adding that Russia had no interest in a dialogue with the EU if human rights come as part of the package.

Even during the Cold war the then Soviet Union had agreed that human rights would be the “third basket” in its contacts with the West, alongside security and the economy.

“Political dialogue has come to a standstill since the 2014 conflict in Ukraine … and the adversity of the present political climate makes values and principles a sore point once again,” Borrell said in his address to MEPs.

“The vision of a common space from Lisbon to Vladivostok has not materialised and Russia has not fulfilled expectations of becoming a modern democracy,” Borrell said, adding that there would exist “a deep disappointment and growing mistrust” between Europe and Moscow.

“We must define a modus vivendi that will avoid permanent confrontation,” Borrell said, adding that would include “a space for official engagement where it is in our interest.”

EU lawmakers didn’t hold back their criticism of Borrell, with most accusing him to weakening the EU’s cloud towards Moscow and some of him wanting to profile his own position with the visit, which had failed.

The visit of Borrell to Moscow should not have taken place, said many MEPs, who also criticized EU member states for failing to respond to Russia’s aggressive policies. Some denounced certain EU members, such as Germany, for not responding appropriately to the deterioration of EU-Russia relations, for instance by stopping the Nord Stream 2 pipeline.

Ahead of the meeting, Estonia’s former defence chief Riho Terras, now an EU lawmaker for the European People’s Party (EPP), said he had the support of 81 of the 705 MEPs, to demand Borrell’s resignation.

Most of them come from the European People’s Party and European Conservatives and Reformists groups, plus a few Renew Europe, while Borrell himself is a Socialist (S&D). 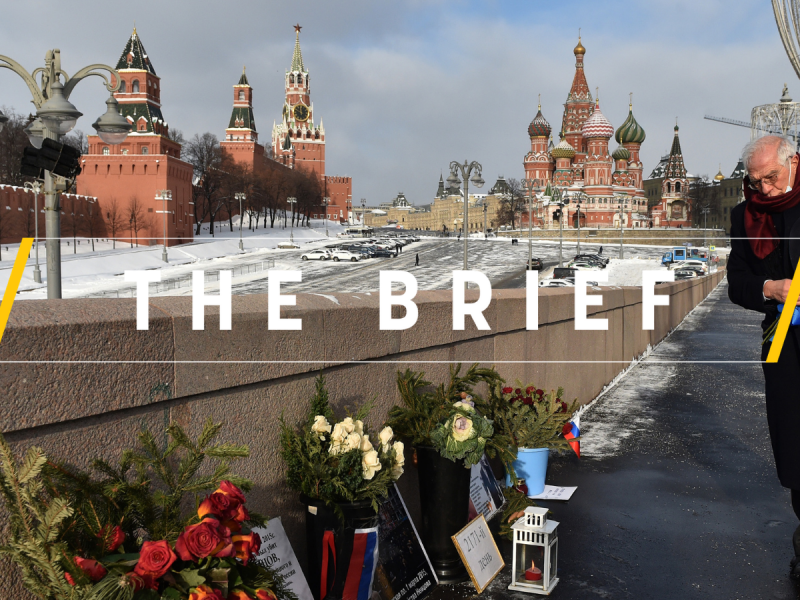 Between Putin and Russian citizens

Moscow on Tuesday accused allies of jailed opposition figure Alexei Navalny of treasonous behaviour for urging the EU to sanction members of President Vladimir Putin’s circle, including oligarchs and bankers.

Russian foreign ministry spokeswoman Maria Zakharova labelled Navalny’s team “traitors” for negotiating with people “who see Russia as either an adversary or an enemy or an aggressor”.

In Brussels, Borrell stressed the EU “must find ways to continue engaging with Russian society” as “an important part of the Russian population wishes to maintain strong links with the EU and harbors genuine democratic aspirations”.

Last November, during their testimony to the European Parliament, Russian opposition leaders, including Navalny, had urged to distinguish between Russian President Vladimir Putin’s regime and Russian citizens.

One response to “Under pressure, Borrell hardens towards Russia sanctions”