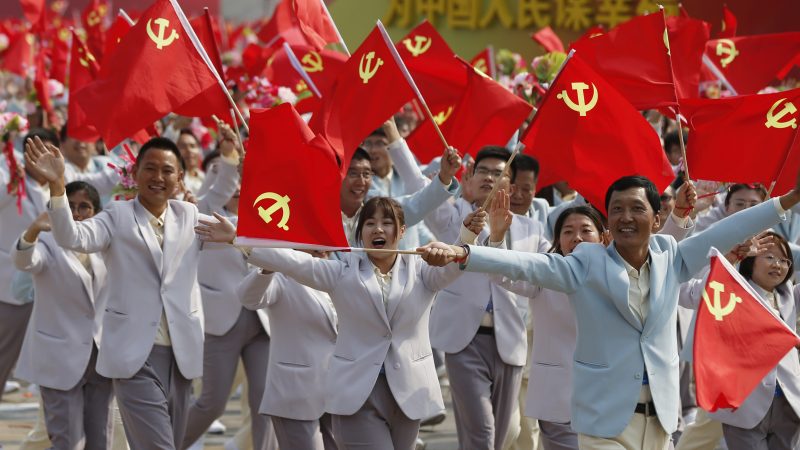 File photo. Performers wave flags of the Communist Party of China as they parade past Tiananmen Square, during a military parade marking the 70th anniversary of the founding of the People's Republic of China, in Beijing, China, 1 October 2019. [Wu Hong/EPA/EFE]

US President Donald Trump’s administration has restricted travel to the United States by Chinese Communist Party members and their families, the New York Times newspaper reported on Thursday (3 December), a move China condemned as political oppression.

New rules issued on Wednesday limit the validity of travel visas for party members and families to one month and a single entry, the paper reported, citing people familiar with the matter.

Previously, party members, like other Chinese citizens, could obtain US visitor visas of up to 10 years’ duration, it said.

“This clearly is an escalated form of political oppression towards China by some extreme anti-China forces in the US who act out of intense ideological bias and a deep-rooted Cold War mentality,” Chinese foreign ministry spokeswoman Hua Chunying responded at a news briefing on Thursday.

The NYT quoted a spokesman for the US State Department as saying the move was a part of ongoing action to protect the United States from the Chinese Communist Party’s “malign influence”. The Department did not immediately respond to a Reuters request for comment.

The Trump administration has sought to cement the outgoing president’s tough-on-China legacy; relations between the world’s two largest economies have sunk to their lowest point in decades.

Washington and Beijing have clashed over China’s handling of the coronavirus outbreak, its tightening grip on Hong Kong, its disputed claims in the South China Sea, trade and accusations of human rights crimes in Xinjiang.

The new visa guidelines allow American officials to determine someone’s party status based on their application and interview, the paper reported.