The United States said Monday (17 December) it was no longer seeking to topple Syrian President Bashar al-Assad but renewed warnings it would not fund reconstruction unless the regime is “fundamentally different.”

James Jeffrey, the US special representative in Syria, said that Assad needed to compromise as he had not yet won the brutal seven-year civil war, estimating that some 100,000 armed opposition fighters remained in Syria.

“We want to see a regime that is fundamentally different. It’s not regime change — we’re not trying to get rid of Assad,” Jeffrey said at the Atlantic Council, a Washington think tank. 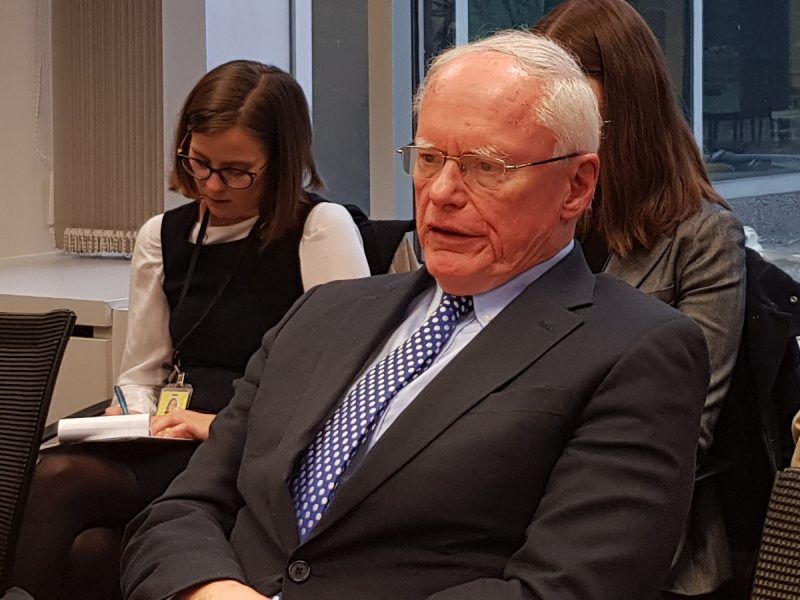 Estimating that Syria would need $300-400 billion to rebuild, Jeffrey warned that Western powers and international financial institutions would not commit funds without a change of course.

“There is a strong readiness on the part of Western nations not to ante up money for that disaster unless we have some kind of idea that the government is ready to compromise and thus not create yet another horror in the years ahead,” he said.

Former president Barack Obama had called for Assad to go, although he doubted the wisdom of a robust US intervention in the complex Syrian war and kept a narrow military goal of defeating the Islamic State extremist group.

President Donald Trump’s administration has acknowledged, if rarely so explicitly, that Assad is likely to stay.

But Secretary of State Mike Pompeo warned in October that the United States would not provide “one single dollar” for Syria’s reconstruction if Iran stays.

Jeffrey also called for the ouster of Iranian forces, whose presence is strongly opposed by neighboring Israel, although he said the United States accepted that Tehran would maintain some diplomatic role in the country.

Jeffrey also said that the United States wanted a Syria that does not wage chemical weapons attacks or torture its own citizens.

He acknowledged, however, that the United States may not find an ally anytime soon in Syria, saying: “It doesn’t have to be a regime that we Americans would embrace as, say, qualifying to join the European Union if the European Union would take Middle Eastern countries.”