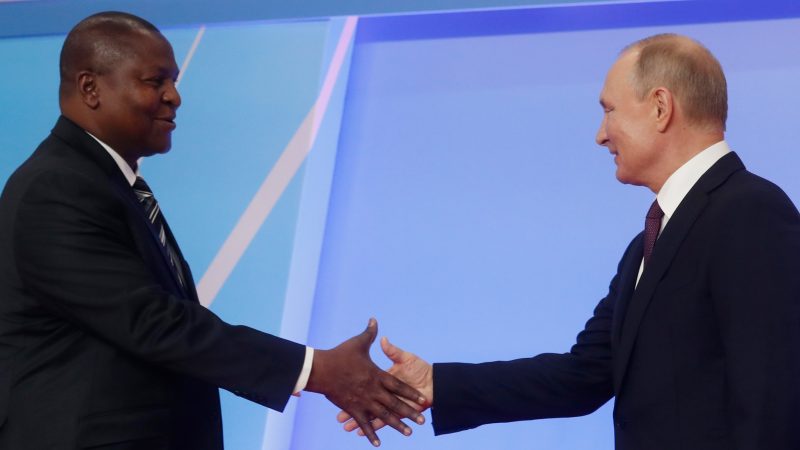 “Our position has always been that countries that provide assistance — military or otherwise — should do so in a transparent and coordinated way and that this assistance should support the desire of the people of CAR for good governance and stability,” a State Department spokesperson said when asked about Russia’s role.

The State Department said it “deplores” the rising violence ahead of weekend elections, including rebels’ brief seizure of the turbulent nation’s fourth-largest town Bambari.

“We call on all parties to cease hostilities and ensure the Central African people are able to exercise their right to participate in peaceful elections on December 27,” the spokesperson said.

Russia said Tuesday that it dispatched the military instructors on the request of the government following a purported coup attempt.

The government in Bangui said that Rwandan forces were also assisting after three powerful rebel groups merged and started to advance on the capital.

Moscow has led a diplomatic and financial offensive in the deeply troubled nation since 2018 in return for concessions to Russian companies to exploit the country’s mineral wealth, especially gold and diamonds.

While the United States has been outspoken in criticizing Russia’s role in conflicts in Ukraine, Libya and Syria, it joined Moscow in a statement on the Central African Republic on Sunday that included former colonial power France.

The statement, also signed by the UN, African Union, European Union and World Bank, condemned rising violence in CAR and called for free and peaceful elections.