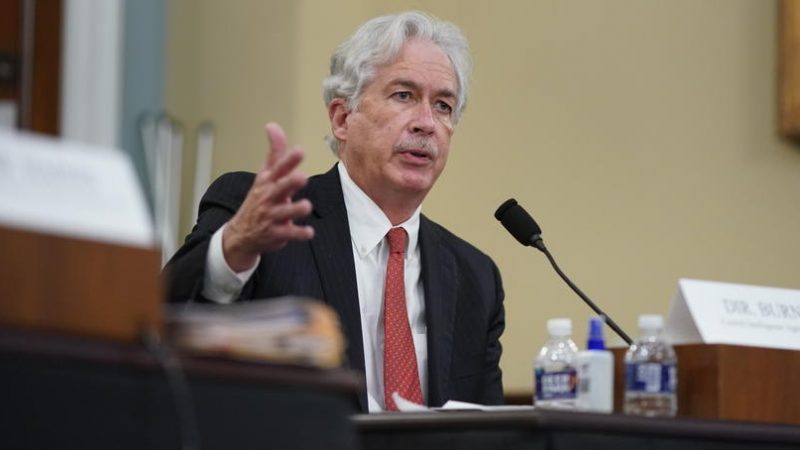 The threat of Russia potentially using tactical or low-yield nuclear weapons in Ukraine cannot be taken lightly, but the CIA has not seen a lot of practical evidence reinforcing that concern, CIA Director William Burns said on Thursday (14 April).

Burns’ most extensive public comments since Russia invaded Ukraine on 24 February underscored concerns that the biggest attack against a European state since 1945 risks escalating to the use of nuclear weapons.

Earlier on Thursday, Dmitry Medvedev, deputy chairman of Russia’s Security Council and a close ally of Russian President Vladimir Putin, warned NATO that Moscow would deploy nuclear weapons and hypersonic missiles in Kaliningrad, a Russian enclave in the heart of Europe, if Sweden and Finland joined the Atlantic alliance.

Lithuania retorted that Russia already has nuclear weapons in the Baltic region. Lithuanian Defence Minister Arvydas Anusauskas said on Thursday that nuclear weapons have been deployed in Kaliningrad since before the current crisis.

Burns spoke at Georgia Tech of the “potential desperation” and setbacks dealt Putin, whose forces have suffered heavy losses and have been forced to retreat from some parts of northern Ukraine after failing to capture Kyiv.

For those reasons, “none of us can take lightly the threat posed by a potential resort to tactical nuclear weapons or low-yield nuclear weapons,” Burns said.

That said, despite “rhetorical posturing” by the Kremlin about putting the world’s largest nuclear arsenal on high alert, “We haven’t seen a lot of practical evidence of the kind of deployments or military dispositions that would reinforce that concern.”

Tactical and low-yield nuclear weapons refer to those designed for use on the battlefield, of which some experts estimate Russia has about 2,000 that can be delivered by air, naval and ground forces.

Burns’ comments came in response to a question from former US Senator Sam Nunn, a leading arms control advocate, at the end of the CIA chief’s first public speech since taking the helm of the premier US spy agency in March 2021.

In a wide-ranging address, the former career US diplomat said US spy agencies began last fall collecting “disturbing and detailed” intelligence on a plan by Putin for a “major new invasion” of Ukraine.

Burns said President Joe Biden dispatched him to Moscow in November “to convey directly to Putin and several of his closest advisers the depths of our concern about his planning for war, and the consequences for Russia” if they proceeded. 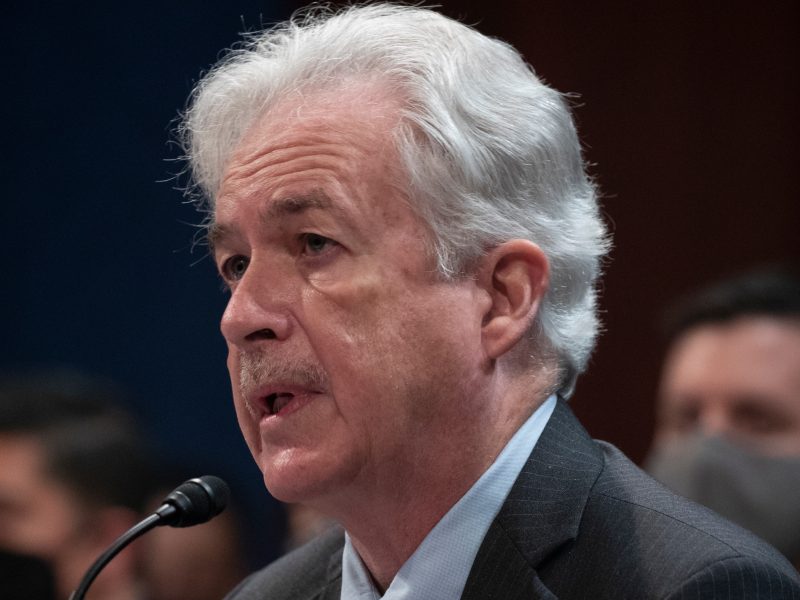 “I was troubled by what I heard,” he continued, saying that while Putin may not have made a final decision, he appeared convinced his forces would “achieve a quick decisive victory at minimal costs.”

Putin believed Washington’s European allies were distracted by their own domestic politics and he had a “sanctions-proof” war chest of foreign currency reserves, Burns said.

“Putin was proven wrong on each of these counts,” he said.

The Russian leader “stewed” in grievance, ambition and insecurity and apparently saw the “window was closing for shaping Ukraine’s orientation” away from the West, said Burns, who called Putin an “apostle of payback.”

US intelligence has been vital to Ukraine’s fight against Russian forces, said Burns, whose diplomatic posts included one as US ambassador to Moscow.

The “crimes” he said those forces committed in the Ukrainian town of Bucha are “horrific.”

Russia, which has repeatedly denied targeting civilians, has called the accusations its forces executed civilians in Bucha while occupying the town a “monstrous forgery” aimed at denigrating the Russian army.

The Kremlin says it launched a “special military operation” to demilitarize and “liberate” Ukraine from nationalist extremists.

In other remarks, Burns called China a formidable competitor seeking to overtake the United States in every domain, from economic and military power to space and cyberspace.

China’s ambitions under its leader Xi Jinping are “quite threatening,” and include the possibility that Beijing would seek control over Taiwan by military means, he said.

“The further out we get in this decade, the greater that risk becomes,” he said.