US clears Baltic states to send US-made weapons to Ukraine 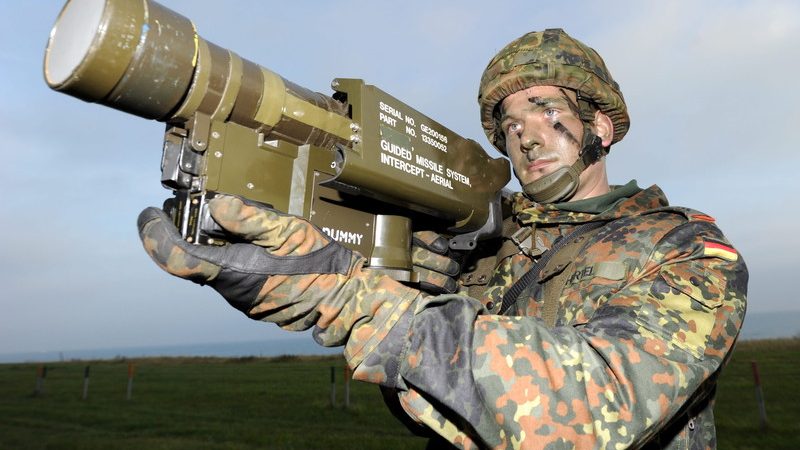 “On behalf of the defence ministry, we can state that we are currently registering roughly 100 official applications,” Jakub Fajnor, the ministry’s spokesperson told the Czech News Agency. [EPA/EFE/CARSTEN REHDER]

The US State Department has cleared Lithuania, Latvia and Estonia to send US-made missiles and other weapons to Ukraine, three sources familiar with the decision said, as President Joe Biden predicted Russia would move on Ukraine.

Under export control regulations, countries must obtain approval from the State Department before transferring any weapons they received from the United States to third parties.

The third-party transfer agreements will allow Estonia to transfer Javelin anti-tank missiles to Ukraine, while Lithuania will be permitted to send Stinger missiles, said one of the sources.

A State Department spokesperson confirmed that the US government had approved third-party transfers allowing Estonia, Latvia, Lithuania and Britain to provide US-made equipment from their inventories to Ukraine, but gave no details on which weapons would be sent.

“The United States and its allies and partners are standing together to expedite security assistance to Ukraine. We are in close touch with our Ukrainian partners and our NATO Allies and are creatively utilizing all available security cooperation tools to help Ukraine bolster its defenses in the face of growing Russian aggression,” the spokesperson said.

News about the approved weapons transfers emerged late on Wednesday after Biden told a news conference that Russia would pay dearly if it invaded Ukraine.

Russian officials have repeatedly denied planning to invade Ukraine, but the Kremlin has massed some 100,000 troops near Ukraine’s borders, a buildup the West says is preparation for a war to prevent Ukraine from ever joining the NATO Western security alliance.

The situation has triggered grave concerns in Lithuania, Latvia and Estonia and other NATO allies, as well as among US lawmakers. A bipartisan group of US senators this week promised solidarity and weapons on a visit to Kyiv.

No comment was immediately available from the State Department about the approvals.

One of the sources said the approvals reflected a growing sense of urgency about the crisis after some initial foot-dragging by State Department.

The State Department spokesperson said the Biden administration in December approved $200 million in additional defensive security assistance to Ukraine, along with $60 billion in lethal and non-lethal equipment from existing US military stocks.

US officials were also identifying additional equipment that could be delivered from excess US military stocks.

“As President Biden told President Putin, should Russia further invade Ukraine, we will provide additional defensive material to the Ukrainians,” the spokesperson said. “We are committed to Ukraine’s sovereignty and territorial integrity and will continue to provide Ukraine the support it needs.”