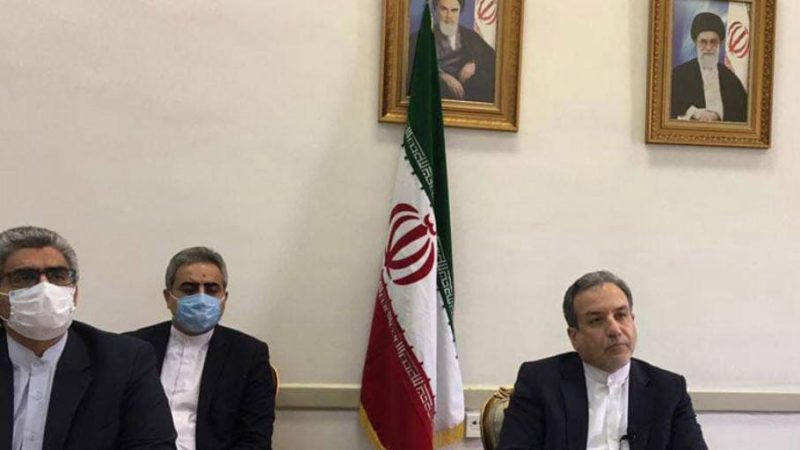 The United States will on Tuesday (6 April) join talks in Austria’s capital Vienna aimed at salvaging an international agreement on Iran’s nuclear programme, which Washington withdrew from in 2018.

US President Joe Biden has said he is ready to reverse the decision of his predecessor Donald Trump and return to the 2015 agreement, which was supposed to ensure that Iran never developed a military nuclear programme.

But Iran is demanding an end to crippling sanctions imposed by Trump and has refused to meet US negotiators at the latest talks, meaning European players will act as intermediaries.

Iran confirmed in January it was enriching uranium to 20% purity, well beyond the threshold set by the 2015 deal.

Nevertheless, Ali Vaez of the International Crisis Group, which monitors conflicts, tweeted that the talks represent “an important marker that both US and Iran are serious about breaking the inertia”.

Since neither side appears willing to make the first step, experts such as Vaez have suggested the negotiators could make a “gesture-for-gesture” deal to break the deadlock.

The European Union will preside over talks between current members of the 2015 pact — Iran, China, France, Germany, Russia and Britain — set to begin on Tuesday.

The US delegation will meet in a different place with EU negotiators acting as go-betweens.

Kelsey Davenport, director for Non-proliferation Policy at the Arms Control Association think-tank, said the format was not ideal but added the EU was well situated to break the stalemate.

She called for a “bold first step by both sides” which she hoped would inject “much-needed momentum” into the process.

Washington, for example, could unfreeze Iranian funds held in foreign banks to facilitate humanitarian trade, and Tehran could stop enriching uranium beyond the levels agreed in the 2015 accord, said Davenport.

“The problem is all the irreversible things, like the research activities Tehran has undertaken,” a Vienna-based diplomat pointed out.

Nor is it clear that the US administration is willing to lift all of its sanctions, as Iran is demanding.

On the eve of the talks, Rob Malley, US special envoy on Iran, talked only of removing “those sanctions that are inconsistent with the deal”.

“If we’re realistic about what both sides have to do… we could get there,” he told US broadcaster PBS.

“But if either side takes a maximalist position and says that the other side has to do everything first before it’s going to move one inch, I think it’s hard to see how this succeeds.”