US ‘liaising’ with Ukrainian forces in Poland, not ‘training’ them 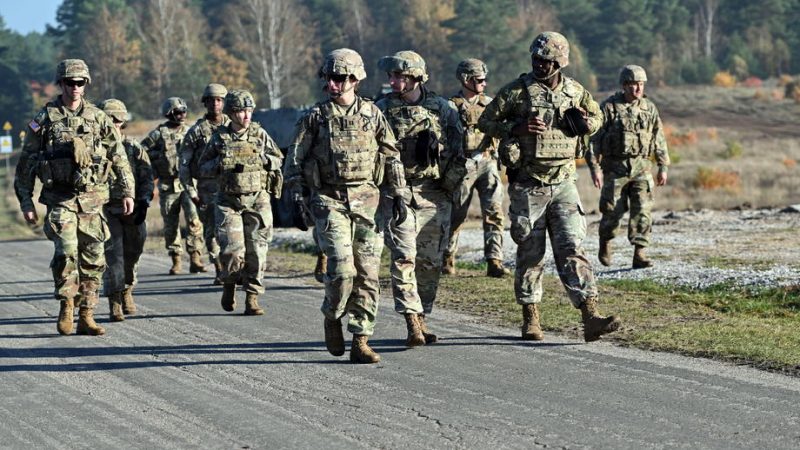 The Pentagon on Tuesday (29 March) clarified that US troops in Poland were “liaising” with Ukrainian forces as they hand over weapons to them, but they were not training them “in the classic sense” following remarks from President Joe Biden on the matter.

On Monday, Biden told reporters that while in Poland last week, he had been talking to US troops who were helping “train” Ukrainian forces in Poland.

Pentagon spokesman John Kirby told reporters that US troops in Poland were “liaising” with Ukrainian forces when weapons are handed over to the forces fighting back against Russia’s invasion.

“It’s not training in the classic sense that many people think of training. I would just say it’s liaising,” Kirby said.

He did not provide details on what exactly the interactions entail or how long they usually lasted. It was not immediately clear whether the distinction between liaising and training had greater significance, as the United States tries to limit any direct military involvement in the war.

The United States and countries from around Europe have largely limited their military support to intelligence sharing and heavy supplies of weaponry to Ukrainian forces, including anti-aircraft and anti-tank systems.

The United States withdrew its military trainers of Ukrainian forces from western Ukraine before Russia’s invasion, and the training site where they had previously operated near the Ukrainian city of Lviv was subsequently bombed by Russian air-launched cruise missiles earlier this month.

Kirby added that additional aircraft, including 10 F-18 jets, and more than 200 personnel would be headed to eastern Europe, including Lithuania.

This marks the latest tranche of additional US troops that have been deployed to the region after Russia’s invasion of Ukraine more than a month ago.

There are currently more than 100,000 U.S. troops in Europe, up from the roughly 80,000 before Russian troops moved into Ukraine.

Moscow promised on Tuesday to scale back its military operations near the Ukrainian cities of Kyiv and Chernihiv and Ukraine proposed a neutral status with international security guarantees while maintaining its territory. 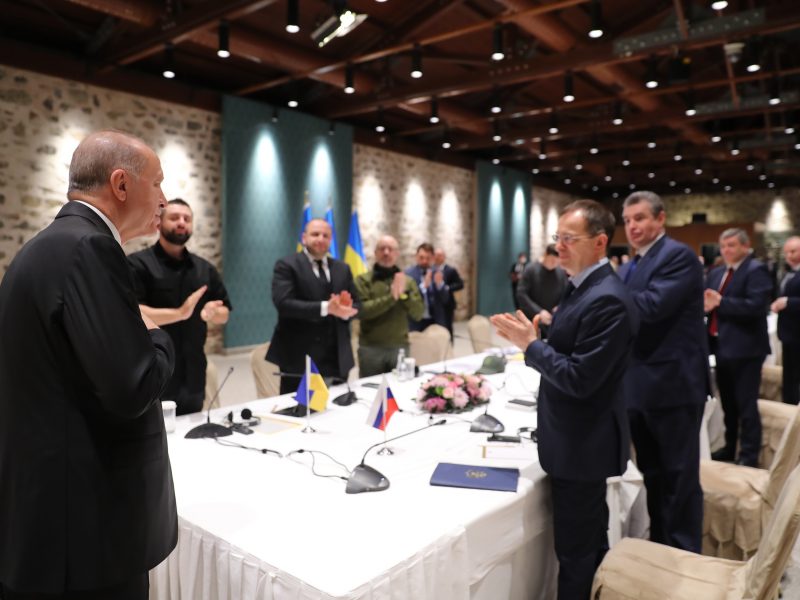 Russia promised at peace talks on Tuesday (29 March) to scale down its military operations around Kyiv and northern Ukraine, while Ukraine proposed adopting a neutral status but with international guarantees that it would be protected from attack.

The Russian pledge was met by widespread skepticism in the West.

“Has there been some movement by some Russian units away from Kyiv in the last day or so? Yes, we think so. Small numbers,” Kirby said.

He said that it did not mean that the threat to Kyiv was over and the troops moving away from Kyiv would likely be used in other parts of Ukraine.

The White House had to set the record straight after Biden said in Poland that Russian President Vladimir Putin “cannot stay in power”. Following the remark, US diplomats explained that there was no change of policy and that the US did not seek a regime change in Russia.