A handout file photo made available by the US Air force on 11 October 2018 shows a US Marine Corps officer preparing a F-35B Lightning II before taking off for a live-fire training exercise on Andersen Air Force Base, Guam, 16 September 2018. [Handout photo/EPA/EFE]

The United States is nearing an inflection point in a years-long standoff with Turkey, a NATO ally, after so far failing to sway President Recep Tayyip Erdoğan that buying a Russian air defence system would compromise the security of F-35 aircraft. 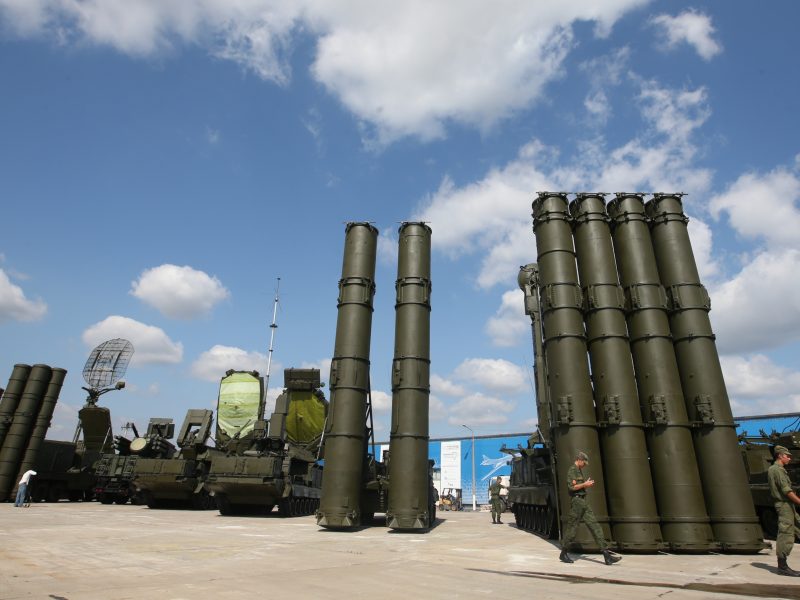 “The S-400 is a computer. The F-35 is a computer. You don’t hook your computer to your adversary’s computer and that’s basically what we would be doing,” Katie Wheelbarger, acting assistant secretary of defence for international security affairs, told Reuters.

While no decision has been made yet, US officials confirmed that Washington was considering halting steps now underway to ready Turkey to receive the F-35, which is built by Lockheed Martin Corp.

“There (are) decisions that come up constantly about things being delivered in anticipation of them eventually taking custody of the planes,” said Wheelbarger.

“So there’s a lot of things in train that can be paused to send signals to them (that we’re serious),” she added, without detailing those steps.

However, another US official said one of the measures the United States was looking at was alternatives to an engine depot in Turkey, without giving more details. The official said any potential alternatives would likely be somewhere in Western Europe. Turkey is home to an F-35 engine overhaul depot in the western city of Eskisehir.

If Turkey was removed from the F-35 program, it would be the most serious crisis in the relationship between the two allies in decades, according to Bulent Aliriza, director of the Turkey project at the Center for Strategic and International Studies. 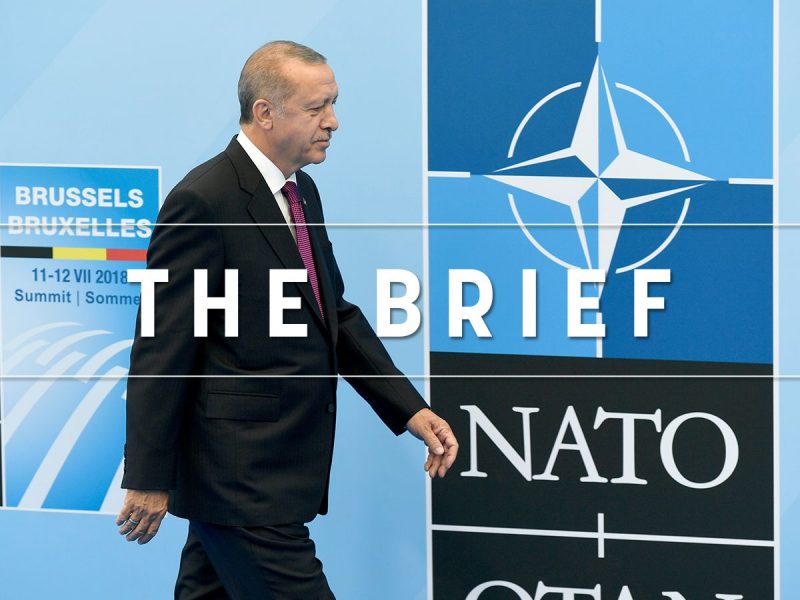 The strains on ties between Washington and Ankara already extend beyond the F-35 to include strategy in Syria, Iran sanctions and the detention of US consular staff.

“This (the F-35 standoff) is really a symptom, not a cause of the problem between the two countries,” Aliriza said.

Many US officials, speaking on condition of anonymity, worry that Turkey is drifting away from NATO and watch improving relations between Ankara and Moscow with concern. The prospect of Russian contractors or officials on Turkish bases that also are home to the F-35 is unfathomable to many US officials.

The tensions could further escalate. If Ankara goes ahead with the Russian deal, Turkey also could face US sanctions.

Despite US hopes that Turkey may still forgo the S-400, experts say Erdoğan may have already backed himself into a rhetorical corner. He has repeatedly said he would not reverse course on the S-400, saying earlier in March: “Nobody should ask us to lick up what we spat.”

A decision to drop Turkey from the F-35 program would have broader repercussions, since Ankara helps manufacture parts for the aircraft, including components of the landing gear, cockpit displays and aircraft engines.

Wheelbarger acknowledged that the Pentagon, in light of the standoff, was looking “across the board” at potential alternate suppliers for F-35 parts, including in other NATO countries.

“It’s prudent program planning…to ensure that you have stability in your supply chain,” she said, without speculating that Turkey might be dropped from the program.

Washington has sought to persuade Turkey to purchase the American-made Raytheon Co Patriot defence system, instead of S-400s. Erdoğan has said that Turkey was still open to buying Patriot systems from the United States but only if the conditions are suitable.

Although Turkey has held out the prospect of buying both the S-400 and the Patriot system, the United States has warned Turkey it will take its offer of Patriots off the table unless it changes course.

A Turkish S-400 purchase could also trigger a fight with the US Congress, which has already blocked all major arms sales to Ankara while the S-400 deal is pending.

Lawmakers could renew attempts to introduce legislation that would legally prohibit the Trump administration from allowing Turkey to have the F-35 if it secures the S-400s.