US moving Ukraine embassy from Kyiv to Lviv amid Russian buildup 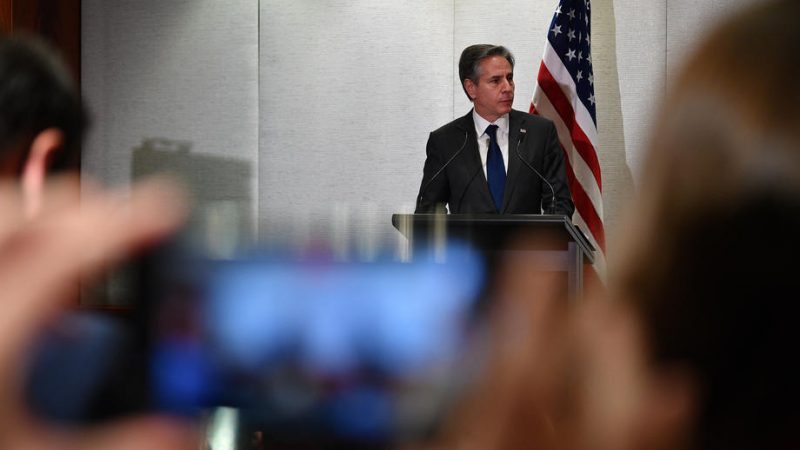 The United States is relocating its Ukraine embassy operations from the capital Kyiv to the western city of Lviv, Secretary of State Antony Blinken said on Monday (14 February), citing a “dramatic acceleration in the buildup of Russian forces.”

The move comes as US officials warned that Moscow was continuing to amass more than 100,000 troops near Russia’s border with Ukraine and in neighboring Belarus, and could at any time launch a devastating attack, including on Kyiv. Moscow denies Western accusations that it is planning an invasion.

“An incursion into Ukraine could entail massive violence, massive destruction, and the loss of life would not discriminate between Americans, Ukrainians” or others, State Department spokesman Ned Price told a news briefing.

Blinken said in a statement that the decision to move the embassy operations to Lviv – roughly 80 km from Ukraine’s western border with Poland – was taken out of concern for the safety of the staff.

Most embassy staff have already been ordered to depart Ukraine and US citizens have been advised to leave the country by commercial means.

Blinken said that relocating the embassy operations “in no way” undermined US support for Ukraine’s “sovereignty and territorial integrity,” and that US diplomats would “remain engaged” with the Ukrainian government.

The United States is continuing to press Moscow for a diplomatic resolution, he said.

Price, however, told reporters that it was “unclear to us whether Russia is interested in… pursuing a diplomatic course.”

Washington, he said, took note of comments that Russian Foreign Minister Sergei Lavrov made in a televised meeting with Russian President Vladimir Putin that Moscow would press on with diplomatic efforts to extract security guarantees from the West.

“What we have not taken note of is any indication of de-escalation” by Russian forces, Price continued.

Relocating the embassy operations, he said, was based on an assessment “of what we are seeing on the ground with our own eyes, which is a continued and unprovoked Russian buildup.”

“It is a distinct possibility, perhaps more real than ever before, that Russia may decide to proceed with military action,” he said.

The top US diplomat in Ukraine, Chargé d’Affaires Kristina Kvien, will work from Lviv, and the US mission in Kyiv will be protected by Ukrainian National Guard Police, he said.