US officials to boycott Beijing Olympics over rights ‘atrocities’ 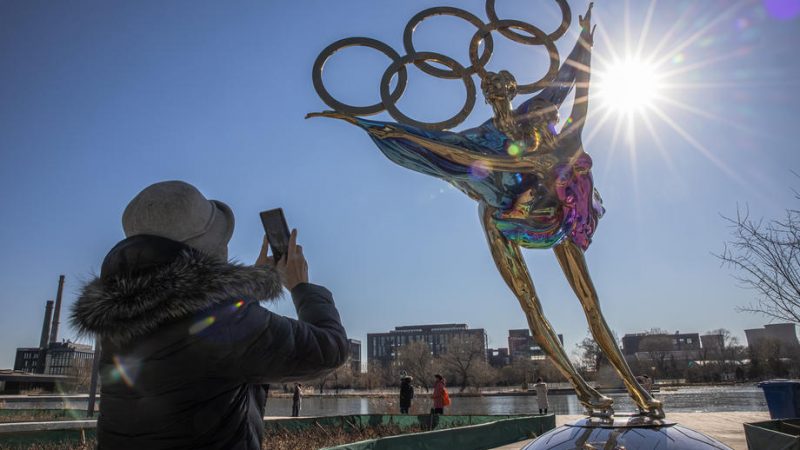 The diplomatic boycott, which leaves athletes free to travel to Beijing to compete, has been encouraged by some members of Congress and rights advocacy groups for months.

Beijing threatened unspecified “resolute countermeasures” against any such move before Monday’s announcement, which is certain to further strain relations already at their lowest point in decades.

“US diplomatic or official representation would treat these games as business as usual in the face of the PRC’s egregious human rights abuses and atrocities in Xinjiang, and we simply can’t do that,” White House press secretary Jen Psaki told a daily press briefing, referring to the People’s Republic of China.

“The athletes on Team USA have our full support,” Psaki added. “We will be behind them 100% as we cheer them on from home.”

The move comes despite an effort to stabilize ties with a video meeting last month between Biden and China’s leader Xi Jinping. 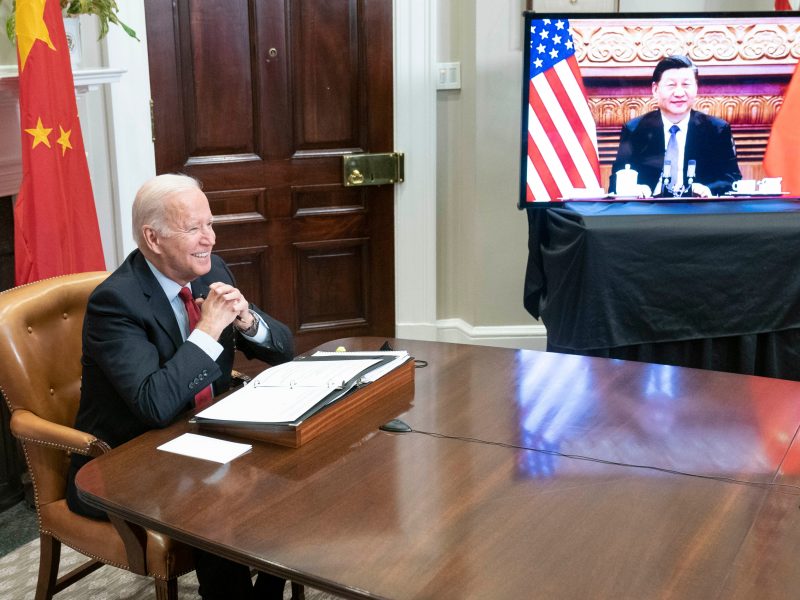 US President Joe Biden and Chinese leader Xi Jinping stressed their responsibility to the world to avoid conflict as the heads of the two top global economies gathered for hours of talks on Monday (15 November).

China’s embassy in Washington called the boycott “political manipulation” as no invitations had been extended to US politicians.

“In fact, no one would care about whether these people come or not, and it has no impact whatsoever on the Beijing 2022 Winter Olympics to be successfully held,” embassy spokesman Liu Pengyu said.

Secretary of State Antony Blinken has said the United States consulted allies on a “shared approach” to the Beijing Games. It was unclear if they would follow the US lead.

“Canada remains deeply disturbed by the troubling reports of human rights violations in China,” Canada’s foreign ministry said in a statement. “We were notified of the US decision and we will continue to discuss this matter with our partners and allies.”

The Australian and Japanese governments said they were also still considering their positions for the Games, which begin on 4 February.

“We will consider matters such as the meaning of the Olympic Games and our diplomatic relations, and would like to make our own decision based on what is best for our national interest,” Japan’s Prime Minister Fumio Kishida told reporters.

New Zealand Deputy Prime Minister Grant Robertson said his country would not be sending government officials but that decision was based largely on COVID-19 concerns and preceded the US boycott.

“We’ve made clear to China on numerous occasions our concerns about human rights issues – as recently as the Prime Minister talking to President Xi,” Robertson told reporters, according to state broadcaster TVNZ. “They’re well aware of our view on human rights but we’d already made that decision not to attend.”

Stefano Sannino, chief of the European Union’s diplomatic service, said on Friday that boycotts were a matter for individual member states, not common EU foreign policy.

Russian President Vladimir Putin is the only leader of a major country who has accepted China’s invitation.

US State Department spokesman Ned Price told reporters the government would not dictate private sector practices, but said firms should be “fully cognizant” of what is transpiring in Xinjiang.

The diplomatic boycott puts corporate Olympic sponsors in “an awkward spot” but was less concerning than a full boycott including athletes, said Neal Pilson, a former president of CBS Sports who has overseen Olympics broadcast rights deals.

A spokesperson from Comcast-owned NBCUniversal said it would broadcast the Games as planned.

The International Olympic Committee (IOC), which has faced criticism for turning a blind eye to China’s right record, said the Games should be “beyond politics”.

Sarah Hirshland, chief executive of the US Olympic and Paralympic Committee, said Team USA was “excited and ready to make the nation proud.”

Many US athletes argued it would have been unfair to ban them from the Games, and some US lawmakers who supported not sending officials had said it was in US interests for its national anthem to be playing in Beijing as Americans received medals.

Human rights groups welcomed the move, but said Washington could do more to hold China accountable.

For China, which denies all rights abuses, Biden’s move is less a threat to the Games and more of an optics problem that Beijing fueled by threatening retaliation, experts said.

“It would have been a non-story if let alone,” said Lisa Delpy Neirotti, an associate professor of sport management at the George Washington University School of Business. “We typically do not send a large government delegation anyway, especially in COVID times.”

Beijing says it opposes the politicization of sports, but it has punished American sports leagues in the past, including the National Basketball Association, for crossing political red lines.

Scott Kennedy, a China expert at the Center for Strategic and International Studies in Washington, said Beijing’s options to retaliate included limiting bilateral dialogue, stalling visas, or hamstringing athletic delegations and journalists at the Games.

The United States is next due to host an Olympics in 2028 in Los Angeles, raising questions of how China might respond.