US, Russian foreign ministers to meet as Ukraine tensions soar 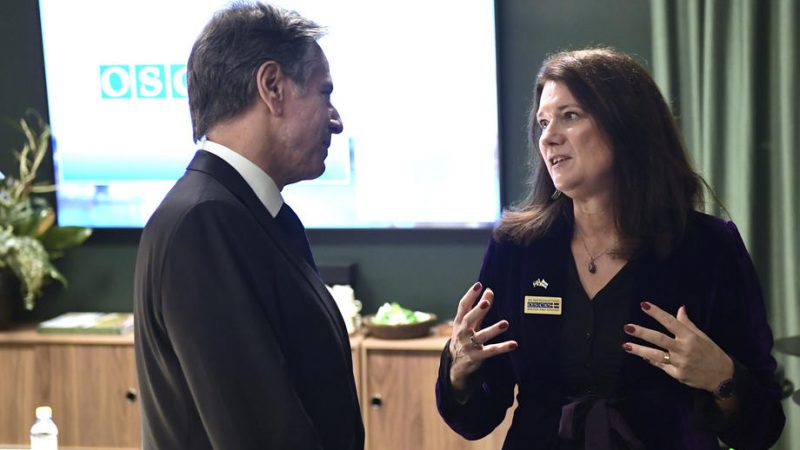 The chief diplomats of the US and Russia are to meet in Sweden on Thursday (2 December) as tensions soar after Washington expressed concern about Russia’s military buildup near Ukraine and warned of “high-impact” sanctions.

US Secretary of State Antony Blinken and his Russian counterpart Sergei Lavrov are to hold talks near Stockholm on the sidelines of a ministerial meeting of the Organisation for Security and Cooperation in Europe (OSCE).

The OSCE is one of the few international dialogue forums to which both the US and Russia belong.

Since Russia’s invasion of Crimea in 2014, the body has been tasked with monitoring the respect of peace accords aimed at resolving the conflict with separatists in eastern Ukraine.

Kyiv’s Western allies have in recent weeks been sounding the alarm about Russia massing troops along Ukraine’s borders, amid fears of a possible invasion. 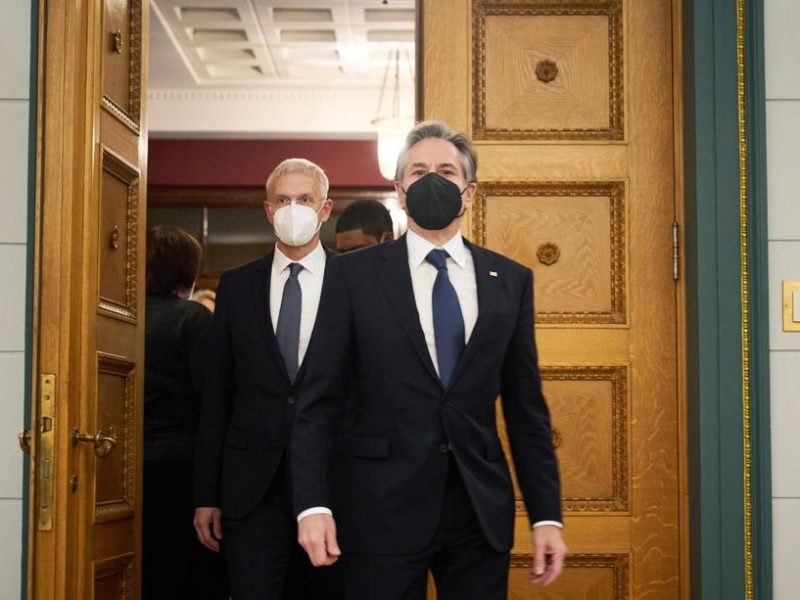 US, NATO warn Russia over new aggression in Ukraine

Russia will pay a high price for any new military aggression against Ukraine, NATO and the US warned on Tuesday (30 November) as alliance foreign ministers meet for a two-day meeting in Latvia’s capital Riga to discuss Moscow’s intentions for assembled troops on the border.

Moscow, which is accused of backing the separatists fighting Kyiv, has denied preparing an attack and accuses NATO of stoking tensions.

‘We will respond resolutely’

At a NATO meeting in Latvia’s capital Riga on Wednesday, Blinken said he was “deeply concerned by evidence that Russia has made plans for significant aggressive moves against Ukraine.”

“We don’t know whether President Putin has made the decision to invade. We do know that he’s putting in place the capacity to do so on short order, should he so decide,” he said.

Blinken insisted “diplomacy is the only responsible way to resolve this potential crisis” but warned there would be “far-reaching and long-lasting consequences” for Moscow if it pushed ahead with any aggression.

“We made it clear to the Kremlin that we will respond resolutely, including with a range of high-impact economic measures that we’ve refrained from using in the past,” Blinken said.

Moscow on Wednesday hit back by accusing Ukraine of massing tens of thousands of troops in the country’s east, as worries grow over an escalation.

Putin also called for talks with the West aimed at providing “legal guarantees” against NATO’s further eastward expansion and the deployment of any weapons systems near the Russian border.

After a large part of Eastern Europe joined the US-led bloc following the fall of the Soviet Union, Moscow refuses to accept that Ukraine may one day follow suit — even though Kyiv’s membership talks are currently stalled.

For his part, Ukrainian President Volodymyr Zelensky called for direct talks with Moscow over the festering conflict with separatists in the east of his country, which has already left 13,000 dead.

Prior to meeting Lavrov, Blinken is due to hold talks with his Ukrainian counterpart Dmytro Kuleba on the sidelines of the OSCE meeting, held near Stockholm’s Arlanda airport.

In addition to Ukraine, other issues likely to be discussed include the migrant crisis on the Belarus-EU border and the resurgence of clashes between OSCE members Armenia and Azerbaijan.

Planned long ago, the OSCE meeting “comes at a crucial moment”, the US ambassador to the body, Michael Carpenter, said as tensions spike on Europe’s doorstep.

The EU reached an agreement Wednesday on new sanctions against Belarus, and the US would follow suit soon, the US State Department said.

The OSCE ministers’ plenary session is not expected to lead to the adoption of any major agreements, as unanimity is required.

Moscow frequently blocks resolutions on Ukraine, because Crimea is described as Ukrainian or Russia is characterised as a direct actor in the conflict, while Moscow officially sees it as an internal Ukrainian conflict.

The Blinken-Lavrov talks are the first high-level meeting between the two superpowers since a summit between presidents Joe Biden and Vladimir Putin in Geneva in June. 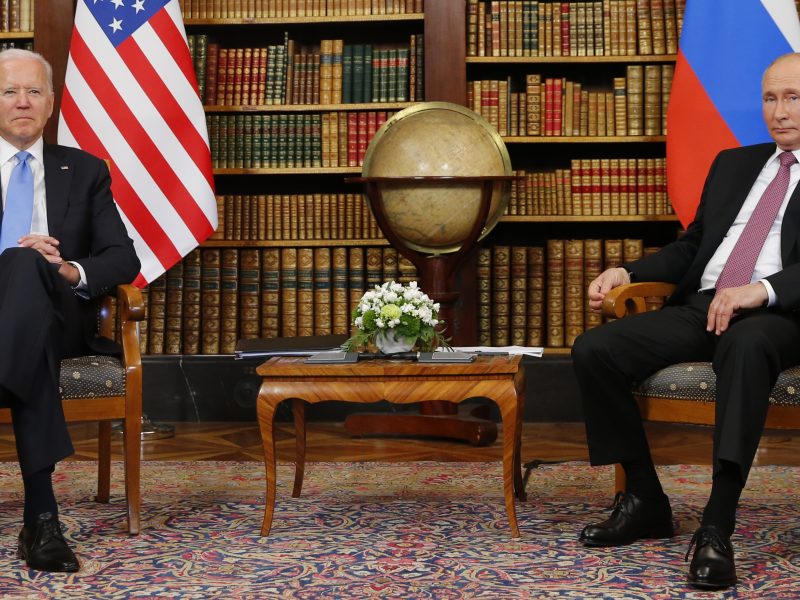 The two foreign ministers already met in May, at an Arctic Council meeting in Iceland.