US, Russian military chiefs meet in Helsinki for six hours 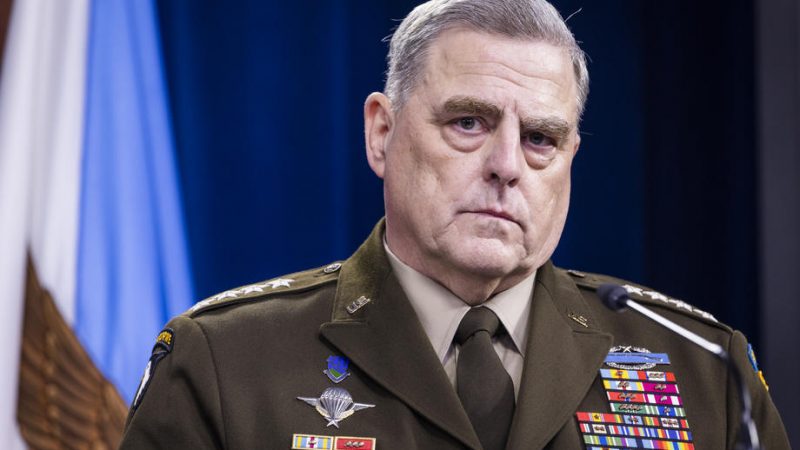 The top US military officers from United States and Russia held six hours of talks in Helsinki on Wednesday (22 September), in the first face-to-face meeting between them since 2019 as both nations adjust to the US pullout and Taliban takeover in Afghanistan.

General Mark Milley, chairman of the Joint Chiefs of Staff, and Russia’s chief of general staff, Valery Gerasimov, do not typically disclose the details of their discussions and statements from both sides were minimal.

A US military statement, that included details on the length of the meeting but not the agenda, said the talks were aimed at “risk reduction and operational de-confliction.”

The United States and Russia have often competing military interests around the world, including in countries like Syria, where US and Russian forces have operated in close proximity. How Washington and Moscow navigate next steps in Afghanistan remains to be seen.

The US military is under pressure from Congress to shore up a counter-terrorism strategy to address risks from Afghanistan following the US withdrawal and Taliban takeover in August.

President Joe Biden’s administration has said it would rely on “over-the-horizon” operations that could strike groups like al Qaeda or Islamic State in Afghanistan if they threaten the United States.

But, with no troops on the ground, the extent of Washington’s ability to detect and halt plots is unclear. After 20 years of war, US military officials also have a dim view of the Taliban and note its ties to al Qaeda.

Russian President Vladimir Putin has said Moscow needs to work with the Taliban government and that world powers should consider unfreezing Afghanistan’s assets.