Representative Robert Lighthizer speaks in a meeting with US President Donald J. Trump (not pictured) on trade with governors and members of Congress at the White House in Washington DC, USA, 12 April 2018. [Pool/EPA/EFE]

US officials announced Tuesday (16 October) negotiations for separate trade agreements with Britain, the European Union and Japan as part of efforts by President Donald Trump’s administration to rebalance global commerce.

US Trade Representative Robert Lighthizer said the administration notified Congress of its intent to negotiate the three separate trade agreements.

“We are committed to concluding these negotiations with timely and substantive results for American workers, farmers, ranchers and businesses,” Lighthizer said in a statement.

The move follows the Trump administration’s renegotiation of the North American Free Trade Agreement with Canada and Mexico, and its push to correct what Trump maintains is an unbalanced trade picture. 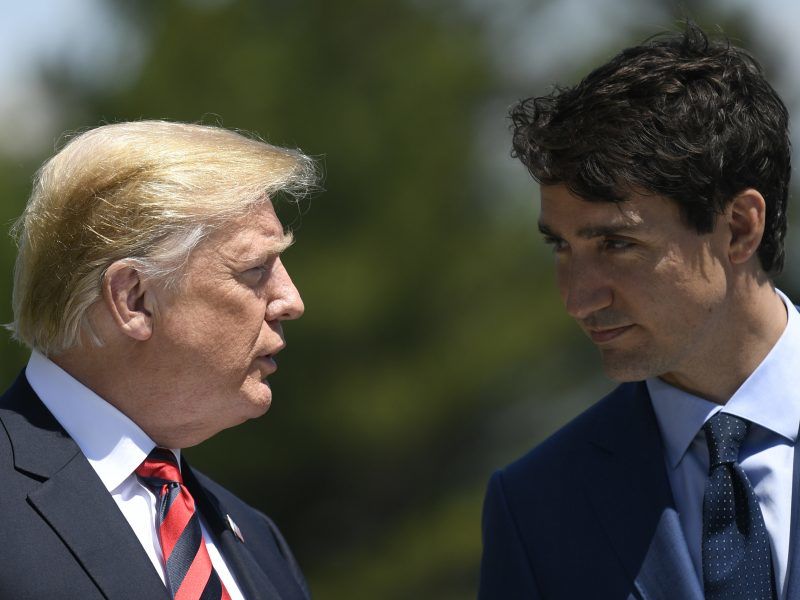 In the notifications to Congress on Japan and the EU, Lighthizer cited “chronic US trade imbalances” and said US exporters have been long “challenged” by tariff and non-tariff barriers in Japan and in Europe.

The goal, he said, is to achieve “fairer, more balanced” trade with the US partners.

Lighthizer said the US would seek a trade agreement with Britain as soon as it exits the European Union in 2019.

The letter to Congress said Washington would aim to address tariff and non-tariff barriers and achieve “free, fair and reciprocal trade” with the United Kingdom.

Trump has been playing hardball with US trading partners, using tariffs and threats in an effort to boost American exports and curb the longstanding deficit in merchandise trade, despite warnings from many lawmakers and the International Monetary Fund.

In May, the president had ordered the Commerce Department to investigate the possibility of imposing tariffs of up to 25% on foreign autos and auto parts, a prospect that alarmed the industry and could have serious repercussions for Japan and Europe.

“We need to work together to de-escalate and resolve the current trade disputes,” International Monetary Fund chief Christine Lagarde said at an IMF and World Bank gathering in Bali last week.

Trump has levied or threatened tariffs on goods from economies around the world, notably China, but also on traditional allies including the European Union.

More tariffs and their countermeasures “could lead to a broader tightening of financial conditions, with negative implications for the global economy and financial stability,” the fund warned.

The new talks, if successful, would address trade with Europe and Japan but leave the tougher challenge of China, with which in 2017 the US had a deficit of $376 billion, excluding services, out of a total goods deficit with the world of $832 billion.

A working group led by Lighthizer and European Trade Commissioner Cecilia Malmström has been tasked to work on the feasibility and contours of such an agreement.

But both sides have recently indicated they are far from resolving their differences.

The proposed Transatlantic Trade and Investment Partnership has been at a standstill since Trump came to office, with European countries especially fearful of US imports of beef fed growth hormones and genetically modified organisms.

But Tokyo is still seeking to bring the US into the fold of a multilateral agreement such as the Trans-Pacific Partnership — which Trump earlier pulled out from.

The US trade deficit ballooned in August to its highest level in six months, according to government figures showing American consumers snapped up more imported cars and mobile phones.

The total US trade deficit rose 6.4% over July to $53.2 billion, overshooting analyst forecasts.

Despite Trump’s efforts to attack the trade deficit, so far this year it has risen 8.6% over the same period in 2017.

The gap in goods trade with China rose to $38.6 billion for August and with Mexico hit $8.7 billion — both the highest monthly totals ever.