The United States on Monday (14 December) removed Sudan from its state sponsors of terrorism blacklist and declared a “fundamental change” in relations, less than two months after the Arab nation pledged to normalise ties with Israel.

The move opens the way for aid, debt relief and investment to a country going though a rocky political transition and struggling under a severe economic crisis exacerbated by the Covid-19 pandemic.

US President Donald Trump had announced in October that he was delisting Sudan, 27 years after Washington first put the country on its blacklist for harbouring Islamist militants. 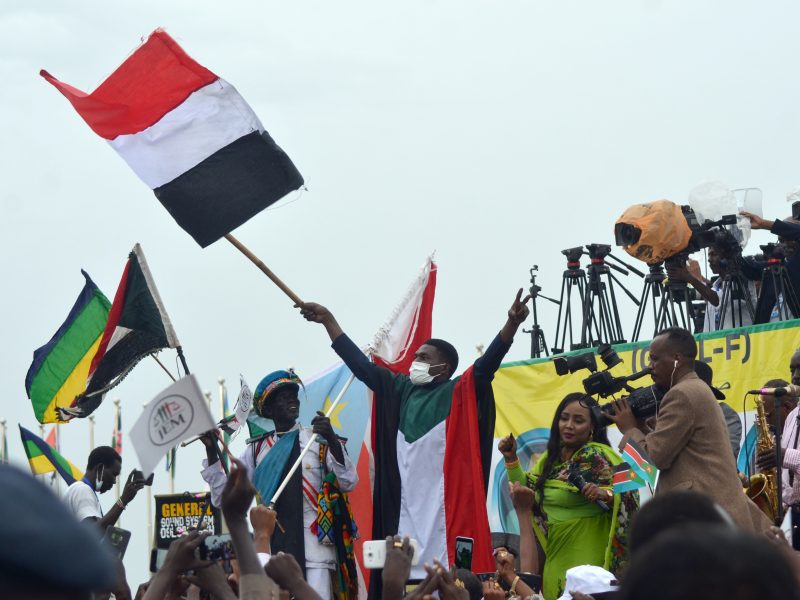 The EU’s diplomatic chief on Monday (19 October) welcomed President Donald Trump’s announcement that he is ready to remove Sudan from a US blacklist of state sponsors of terrorism.

The US embassy in Khartoum Monday said the step had been formalised, and Secretary of State Mike Pompeo later confirmed that “Sudan’s designation as a state sponsor of terrorism is officially rescinded”.

“This represents a fundamental change in our bilateral relationship toward greater collaboration and support for Sudan’s historic democratic transition,” Pompeo said in a statement.

Sudan’s army chief General Abdel Fattah al-Burhan — who doubles as the head of the Sovereign Council, the country’s highest executive authority — offered his “congratulations to the Sudanese people”.

“It was a task accomplished… in the spirit of the December revolution”, he said on Twitter, referring to a landmark month in 2018 when protests erupted against dictator Omar al-Bashir.

Bashir was deposed by the military in April 2019, four months into the demonstrations against his iron-fisted rule and 30 years after an Islamist backed coup had brought him to power.

Pompeo said that “we commend the calls of the Sudanese people for freedom, peace and justice, and we congratulate the members of the civilian-led transitional government for their courage in advancing the aspirations of the citizens they serve”.

The US Treasury said it planned to work with Sudan “to help clear its arrears at the international financial institutions and to advance Sudan’s efforts to secure debt relief in 2021”.

The European Union also hailed the “significant milestone”, saying it would provide “positive momentum for the country’s economic recovery and move it closer to an eventual debt relief,” a goal it said the EU supports. 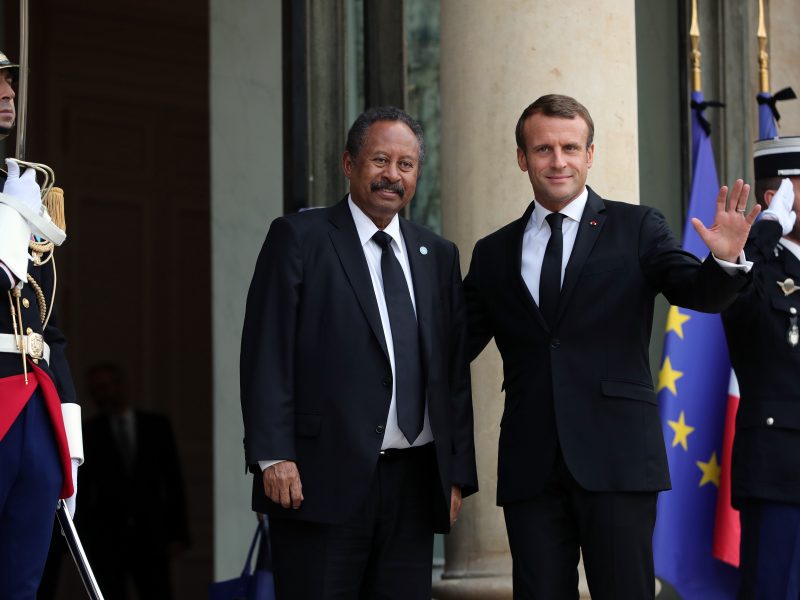 France offers a conference on Sudan's debt if US lifts sanctions

Sudan’s Prime Minister Abdalla Hamdok also welcomed Washington’s move in a post on Facebook, noting that it means “our beloved country… (is) relieved from the international and global siege” provoked by Bashir’s behaviour.

The removal of the designation “contributes to reforming the economy, attracting investments and remittances of our citizens abroad through official channels” and creates new job opportunities for youth, the premier said.

As part of a deal, Sudan agreed to pay $335 million to compensate survivors and victims’ families from the twin 1998 al-Qaeda attacks on US embassies in Kenya and Tanzania, and a 2000 attack by the jihadist group on the USS Cole off Yemen’s coast.

“The enactment of legal peace legislation that is acceptable to both Sudan and the United States is necessary for these funds to be released from escrow,” a US State Department spokesperson told AFP about the compensation, adding that negotiations were continuing in Congress.

Those attacks were carried out after Bashir had allowed then al-Qaeda leader Osama Bin Laden sanctuary in Sudan.

Sudan in October became the third Arab country in as many months to pledge that it would normalise relations with Israel, after the United Arab Emirates and Bahrain.

The transitional government’s pledge came amid a concerted campaign by the Trump administration to persuade Arab nations to recognise the Jewish state, and it has been widely perceived as a quid pro quo for Washington removing Sudan from its terror blacklist.

But unlike the UAE and Bahrain, Sudan has yet to agree a formal deal with Israel, amid wrangling within the fractious transitional power structure over the move.

In late November, a spokesman for the Sovereign Council, comprised of military and civilian figures, confirmed that an Israeli delegation had visited Khartoum earlier in the month.

“The transitional council has failed to respond to the aspirations of the people and of the revolution,” Burhan charged while also lauding the integrity of the military.

Trump sent his notice to remove Sudan from the terror blacklist to Congress on 26 October. Under US law, a country exits the list after 45 days unless Congress objects, which it has not.

Families of victims of the September 11, 2001 attacks had called on lawmakers to reject the State Department’s proposal, saying they want to pursue legal action against Sudan.